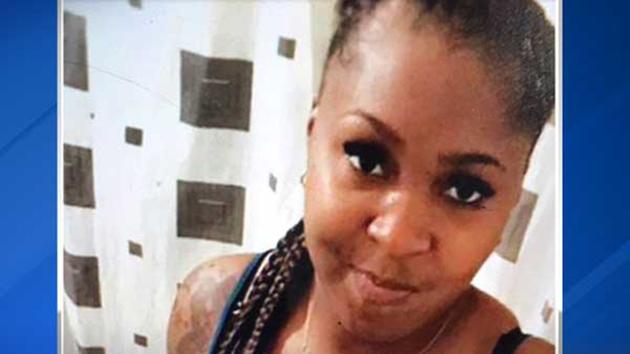 A young mother of two was shot to death on her son’s 5th birthday on Chicago’s South Side. The 23-year-old woman’s family identified her as Africa Bass.

“What do I say to my nephew? I can’t. My nephew is always going to remember that. His mama died on his birthday. You can’t forget that,” said Jovanna Jones, Bass’ sister, as tears streamed down her face.

Police said she was walking in the 8700-block of South Burley Avenue around 12:05 a.m. Wednesday when someone in a black SUV shot her in the back. Her aunt, Sade Wilson, was walking with her when she was shot. She said Bass was also shot in the chest.

“The shots came and we started running. She turned around like, ‘Sade, I’m hit,’ and she just hit the floor. She was just squeezing my hand… My niece don’t do nothing,” Wilson said, sobbing.

Bass was rushed to Northwestern Memorial Hospital, where she was pronounced dead.

Bass moved from the Roseland neighborhood to the Germano Millgate Apartments just hours before she was killed, her family said. They can’t understand why this happened to her.

Bass is also survived by her 2-year-old daughter. Her family said Bass worked at a Walmart in the south suburbs. Neighbors who did not want to go on camera said Bass was an innocent victim caught in the middle of gang retaliation. They also said the intended target, who lives in the complex, apparently had minor injuries to his hand.

“It’s time for everybody in America to wake up. This **** is over. Whatever you’re trying to accomplish, let it go. Let it go,” Sheila Jones said.

Police confirm there have been at least three shootings on the block last month.

Rochelle Tyler came to the scene because her daughter, Michelle Pearson – who knew Bass and graduated with her from the same high school – was killed by gunfire in 2014.

“When my baby was going through her stuff, whatever, Affy reached out to me. She was there for everything,” Tyler said.

Resident Lakeisha Sweet is just one of many in the neighborhood feeling trapped by the violence.

At a march and vigil held Wednesday night grief collided with a cry for change. Young activists who protest police shootings stood united with Bass’s family and friends.

Her devastated family joined activists calling for an end to the violence plaguing parts of Chicago.

“Rahm Emanuel, I want you guys to understand this is your problem too,” said activist Ja’Mal Green.

Investigators are working to determine what led up to the shooting. Police said Wednesday morning that they had a possible suspect in custody, but later said that was no longer the case.