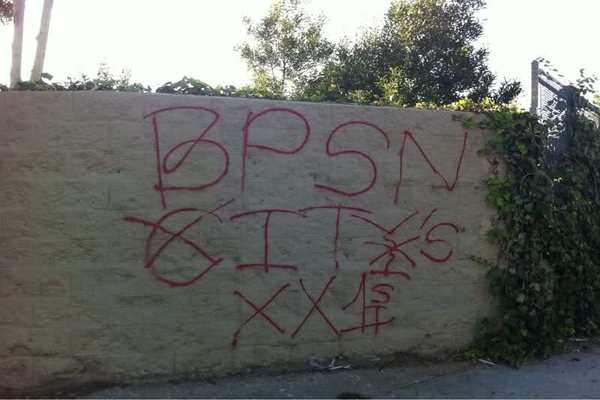 Aiming to quell a rash of violence plaguing a South Los Angeles community, police officers raided more than a dozen homes Thursday and seized an array of high-powered rifles, ballistic armor, handguns and more than $50,000 worth of drugs.

Fifteen members of the Los Angeles-based Black P. Stones street gang were arrested during the early morning raids, police said. Officers found nearly a dozen long guns, including assault rifles, along with ballistic vests with heavy trauma plates and hundreds of rounds of ammunition. They also seized more than two kilograms of cocaine, as well as PCP and marijuana they believe was being sold in a 30-block area in the southwestern portion of Los Angeles.

“This is going to be a very significant hit to the gang,” Los Angeles police captain Darnell Davenport said. “These are not every day weapons. These people are heavily armed.”

A two-month investigation, spurred by an uptick in crime in the area, began when undercover officers started buying marijuana, cocaine, PCP and methamphetamine, said Officer James Moon, the case’s lead investigator. Police later developed information that led them to the 12 single-family homes that were raided.

“You have great individuals who live in this area and work in this neighborhood and they live in fear every day because of this gang,” Moon said. “There is no doubt in my mind these guns were being sold and being used in robberies, shootings and burglaries.”

The highest-ranking gang member arrested in Thursday’s raids was Michael Bodie, 30, who went by the street name “Tank,” and is in charge of the gang’s operations in the area, Moon said. It was unclear if Bodie had an attorney who could comment on the allegations.

The gang, which originated in Chicago in the 1960s, is believed to have about 250 active members in Los Angeles, Davenport said. Police suspect the gang is responsible for five homicides, nearly two dozen sexual assaults and 167 robberies that were committed in Los Angeles last year. It was unclear how many of those cases were solved and police said none of the 15 people arrested Thursday had been charged in connection with those crimes.