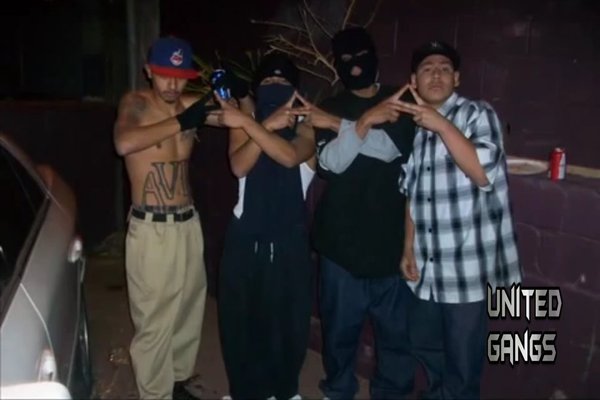 The Avenues, also known as The Aves or Los Avenidas are a Mexican-American street gang based in the Cypress Park, Highland Park, and the Glassell Park neighborhoods in Northeast Los Angeles, California.

Their roots trace back to the early 1940s, when the group was established as a social initiative aimed at young Mexican-Americans. In an effort to protect these young people from street violence and the danger posed by other groups, the Flore brothers thought of creating a group that could both offer protection and an alternative. The gang was at first rarely violent and only took part in sporadic assaults. This would change as the years went by.

In the 1960s, when drugs such as heroin and cocaine began gaining popularity among the people in Los Angeles, the gang considered taking part in some of such activities and started establishing themselves as a focal point of several local drug rings. This is considered, by the majority, as the turning point that transformed the former social hangout into a fully fledged criminal organization.

The 70s and The 80s
It is not until the 70s that the gang began acquiring the notoriety it can boast today. With the demand for drugs growing exponentially with each passing month, The Avenues had to adapt in order to remain relevant and to continue profiting from their entrepreneurial activities.

New members would soon be recruited, as the leaders voted to expand to the neighboring territories. This ignited harsh confrontations with other gangs, in which violence became the preferred way of communication.

The huge amount of money that the group had been able to stash in the past 10 years also gave them access to more sophisticated and deadly weapons, translating to a nice advantage on their opponents. Petty disputes would often escalate and result in larger conflicts, which the entire gang would often end up entangled in.

The 90s and Today
As the 90s came around the corner, new types of drugs were released to the market. Once the land of cocaine and heroine, the territory around Los Angeles and the entirety of New Mexico soon turned into a huge production center for methamphetamine and other chemical drugs.

As a result, The Avenues abandoned the cocaine business to focus on the sale of these products. The death of Pablo Escobar and the fall of the Medellin Cartel also contributed to a nation-wide scarcity of cocaine, forcing the gang to seek out alternative sources of income.

Today, The Avenues are still active in most of Los Angeles as well as other parts of the county. Highly organized and ruthless, this gang specialize in a long series of criminal offenses including murder, assault, battery, arms and drugs trafficking, a variety of hate crimes, vandalism, witness intimidation, robbery, burglary, as well as trafficking of humans and human organs.