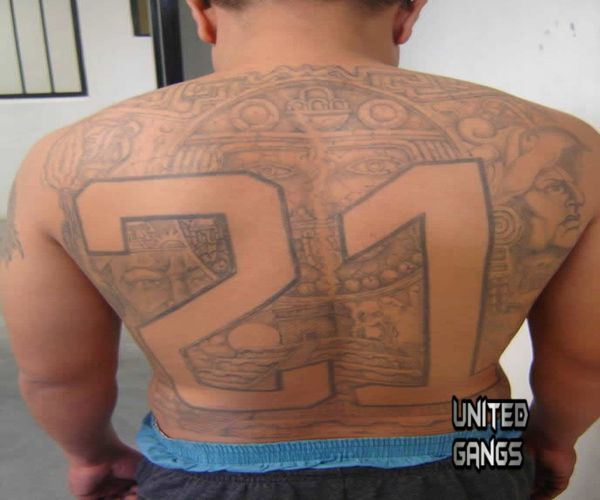 The Barrio Azteca (BA) are a primarily Mexican-American criminal organization which first saw the light of day in 1986 in Texas. The group was created within the El Paso Correctional Facility and soon evolved to become one of the most violent transnational gangs in North America. Ever since its creation, the main idea behind this enterprise was that of scaring its enemies into submission.

One of the most common sources for new initiates was and still is the steady stream of illegal immigrants coming from Mexico. These, once arrested, are usually confined to prisons throughout Texas where they come in contact with and eventually join the Barrio Azteca. Once their sentence is over, immigrants are sent back to their home country, allowing them to take parts in a variety of crimes.

For most of the 80s and 90s, Barrio Azteca was the hand of several Mexican drug cartels and organized crime families. The gang specialized in the sale of narcotics coming from south of the border, but its members were also frequently used as hired gunmen and assassins both inside and outside of correctional facilities.

The Eduardo Ravelo Era
The current leader of the Barrio Azteca, recognized by a majority of its members, is Mexican national Eduardo Ravelo. The boss’ criminal career began in 2003, with the man eventually collecting a long list of charges both for traffic of narcotics and violent activities.

According to a former high-ranking officer within the group, in 2005 Ravelo ordered the execution of a suspected traitor. The victim was brutally tortured before being sent to the Juarez Cartel. Following this event, Mr. Ravelo quickly became famous for the sheer violence and brutality through which he deals with insubordination and maintains order.

Ravelo also encouraged, for most of the first decade of the 21st century, its own men to assault and rob civilians in an effort to collect large sums of money. The acquired cash would then be used to free imprisoned criminals and ensure the constant strength of the gang.

Prison Assassinations and Modus Operandi
One of the criminal activities which brought the gang to international fame is definitely their predisposition for executions and the killing of civilians within the prison system. The Barrio Azteca have been investigated in connection to two prison massacres in Ciudad Juarez. The events took place in 2009 and 2011.

Based on testimonies released by former members of the gang and by individuals who closely cooperated with Ravelo, the boss only pays his gunmen, the Sicarios, an average of 50 dollars per week for their services. When a drug load is discovered missing or when a plan fails, those considered responsible are brought to Mexico and either shot, tortured or beheaded. Killings are also carried out as part of a larger intimidation effort.