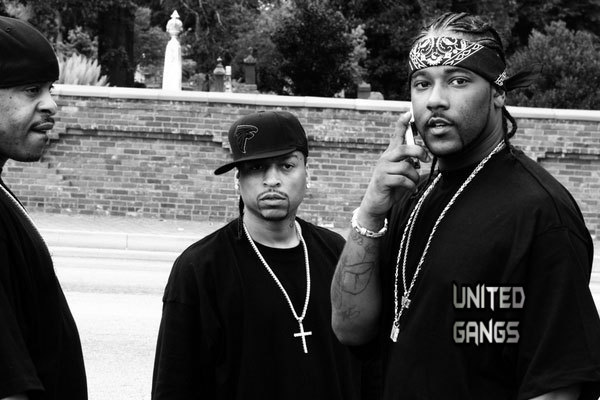 The group now known as Black Mafia Family was originally composed of only two individuals. Brothers Demetrius and Terry Flenory, both from the city of Detroit, began distributing narcotics as early as their high-school years. The duo, operating on the streets of the city, would soon specialize in the sale of cocaine, charging up to 50 dollars for a single bag.

This steady flow of cash greatly contributed to the brothers’ expansion efforts. Eventually, the organization grew to incorporate an ever-bigger number of members. Two bases of operation were established: one in Atlanta, Georgia and one in Los Angeles, California. These were the end points of a thick network of collaborators, distributors, and other goons.

It would then be up to each of the brothers to conduct business within the newly established strongholds. Demetrius usually manned the one in Atlanta, taking care of distribution; Terry was more easily found in Los Angeles, from where he had the ability to control imports from Mexico and ensure that the product traveled along purposely created routes.

The 2000s, The Hip-Hop Industry, and Motor City Mafia
By the turn of the century, Black Mafia Family could count on a solid relationship with La eMe, the Mexican Mafia, as well as more than 25000 members scattered throughout several parts of the United States. The criminal enterprise now moved multiple tons of product every month, with an extremely large monetary return.

In an effort to both shield themselves from the law and launder as much money as possible, the two brothers eventually founded BMF Entertainment. The company was used to promote Hip-Hop artists including Young Jeezy and Bleu Da Vinci; one of the latter’s albums was nominated for a Source Award, greatly increasing the levels of media attention around the criminal organization and its members.

The year 2000 also marks the beginning of the end for the Flenory brothers. Investigations into the family began in the 1990s, with several breakthroughs taking place between 2003 and 2005. Known as Motor City Mafia and led by members of the DEA, a massive police operation was eventually put in motion to track down key members of BMF and take them in custody.

Violence, Further Investigations, and Capture
Operation Motor City Mafia allowed the police to capture several high-level distributors working with the BMF. The list included Jabari Hanes, Jeffrey Leahr, and Omari McCree. While Hanes was found with more than 90 kilograms of cocaine and immediately taken away, the other two carried less than 15 kilos each and were given a chance to cooperate.

Having been let go as a measure to acquire more information about the organization, Leahr and McCree went on the run to escape the wrath of the Black Mafia Family. McCree was picked up in July 2005, successively giving the prosecutors names, details, and a thorough description of the methods used by the Flenory brothers.

With a whole new set of information at their disposal, law enforcers were now able to begin raiding drug stashes and warehouses used by the Black Mafia Family to move or store their products. Between 2000 and 2010, more than 10 million dollars in cash and assets were seized by police.

Amidst allegations of violence, including multiple counts of murder, the entire organization was dismantled. Its members either left their former lives behind and went on the run or pleaded guilty before trial and were sentenced to at least 10 years of imprisonment each.