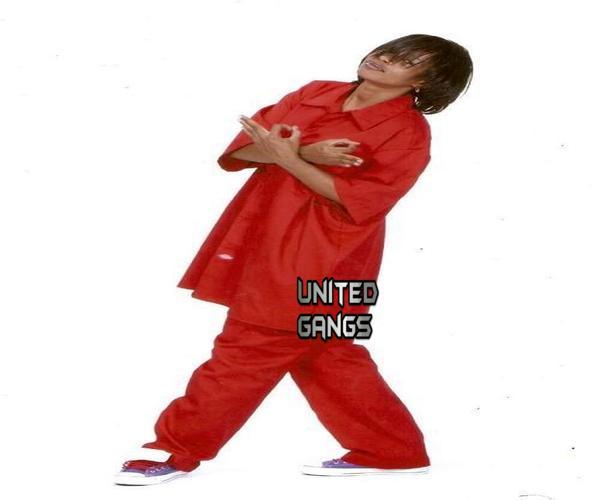 Rajni Faulks (born on July 21, 1970 – November 19, 2006) better known by her stage name Bloody Mary was an American rapper from Steubenville, Ohio, she later moved to Compton California. Bloody Mary had strong ties with the East Side Fruit Town Piru Gang (FTP) and was affiliated with the Avenue Piru Gang (APG), located in Inglewood, California.

Bloody Mary met Tweedy Bird Loc, who was affiliated with the Kelly Park Compton Crip’s (KPCC), he saw potential in her and introduced her to Ron “Ronnie Ron” Phillips, CEO of Dangerous Records. Bloody Mary joined the popular rap group “Blood’s & Crip’s“ she was the first and only female member representing for the Blood’s.

Bloody Mary gain national attention when she appeared on the single & music video “Piru Love” along with Lil Stretch, Redrum 781 & “CK”. Rajni Faulks had a very distinctive powerful deep voice, which caused many people to mistake her for a male. Bloody Mary can be heard on Bangin On Wax: Piru Love, Rip A Crab In Half, No Way Out, and CK Ride.

Bloody Mary released her solo debut album “She’s Dangerous” under the alias “Nini X” 1994. Bloody Mary was engaged in a small beef with Miami rapper Luther “Luke” Campbell, after Luke made a song called “Cowards In Compton” she made a diss track called “Fuck Luke” where she recruited several fellow “Bloods & Crips” members such as Redrum 781, Tweedy Bird Loc, and Awol from Kelly Park Compton Crip’s.

Bloody Mary released her second album titled “Day Of Resurrection” she was later signed to Death Row Record’s by Suge Knight. On November 19, 2006, Bloody Mary was riding her motorcycle and unintentionally became involved in somebody elses high-speed chase. Mary bike was hit by a truck trying to flee from the police, and as a result she was placed into a brain-dead state and subsequently her life support was pulled. Bloody Mary was killed in a motorcycle accident in Compton CA.