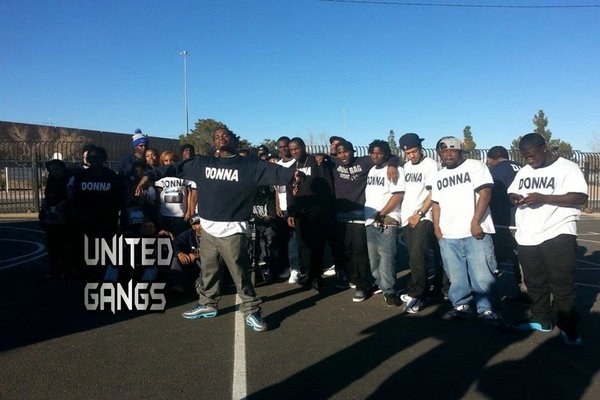 The Donna Street Crips (DSC), originally known as the GQs are one of the oldest African-American street gangs located in North Las Vegas, Nevada. Their name is derived from Donna street which is the heart of their gang. They were established in 1977, originally known as the GQs by original gangsters such as Ramont “Paps” Williams, after moving to Las Vegas from Compton, California.

The GQs (which stood for “good quality”), named after a disco/soul group from the 1960s, known for songs such as “Disco Nights” and their cover version of “Sitting In The Park” originally performed by Billy Stewart. They formed on Donna Street in the Centennial Park Arms apartment complex known as the “Donnas” or “Donnas Donnas” by neighborhood locals.

The GQs were born in North Las Vegas, also known as “North Town” grew rapidly expanding to areas such as West Las Vegas, known as the Westside GQ’s and the Cindy Sue GQ’s. However, they faded over time giving birth to the Donna Street Crips. “Donna Street” is called the “bloodiest street” in Clark County because more deaths by “gun shots” have occurred on that lone street than any other in the entire State of Nevada.

The Donna Street Crips hierarchy consist of Sevens (Original Gangsters), Fours, and the Threes (Trays). This hierarchy is commonly referred to as the 347. In 2008, members of the Donna Street Crips appeared on The History Channel television show Gangland  (TV series) “Sin City” Hybrid gangs in Las Vegas, NV. The show featured Ramont Williams (co-founder) and Blu Angel, a rapper from Donna Street.

The Donna Street Crips are known to form alliances in the past with rival gangs such as the Playboy Bloods and the 28th Street Gang. The Donna Street Crips feud with the Gerson Park Kingsmen (who are formerly known as Ace Of Spades) dates back to the 1970s. Allegedly, this rivalry is responsible for the creation of the GQs to defend against already established gangs.

The Donna Street Crips also have rivalries with Hybrid gangs such as Squad Up and The Wood, both are subsets of the Gerson Park Kingsmen.