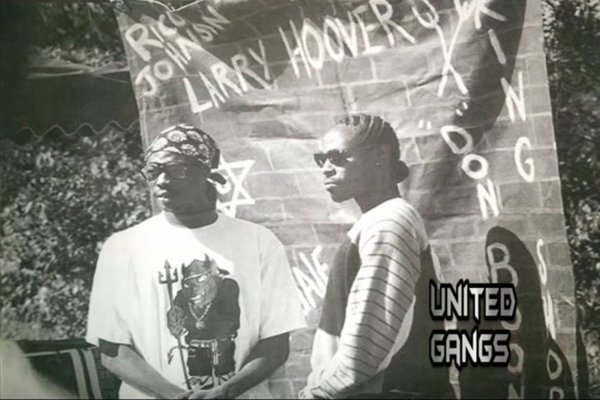 The story of the Folk Nation begins in 1974, with the death of David Barksdale, leader of the recently formed Gangster Disciples Nation. Having then seized power, Larry Hoover called for a meeting with other local gangs leaders, in an effort to strengthen the black presence in southern Chicago.

In 1978, an agreement among members of several Disciples gangs was reached. A new alliance, formally known as the Folk Nation, would be formed to lend aid to any group that struggled for survival within the city of Chicago. All gangs were bound to help each other with the protection of their neighborhoods and of their business interests.

Albeit officially fighting under the same banner, all members of the Folk Nation were to retain their independence, their colors, and their customs. Rivalries within the alliance would be ironed out through large meetings.

The 1980s
The 80s saw a rise in violence on the streets of Chicago, as both the Folk Nation and their main rivals, the People Nation, shed blood to solidify their positions within the city. Drug trafficking and other illicit activities also became more common and gave employment to a growing number of otherwise hopeless young African Americans.

The higher amount of guns that could be purchased also meant that killing would soon become the preferred form of punished administered among gang-bangers. This heightened violence encouraged smaller gangs to join either of the two alliances, as both grew to incorporate hundred of new members.

The council system was kept in place and used until most of the 1990s. These meetings, often held in prison, still attempted to maintain the peace and strengthen the bonds within the Folk Nation. Nevertheless, internal pressure exploded into several armed conflicts, often dragging the whole alliance along for a bloody ride.

The 1990s and Today
As more gangs ended up fighting each other, the fabric that made the Folk Nation slowly began to tear apart. Several groups, including the Black Gangsters, eventually dropped out of the alliance. These would either go their way as neutral gangs or join newborn groups in an attempt to preserve some of their former power. Hoover’s imprisonment also played a major role here.

Today, members of the Folk Nation still co-operate to control the city of Chicago. Although the group is not as strong as it once was, it can still count on several active gangs that are strategically scattered throughout the city.

Members of the Folk Nation specialize in drug trafficking, homicide, theft, burglary, and extortion, as well as several petty crimes. 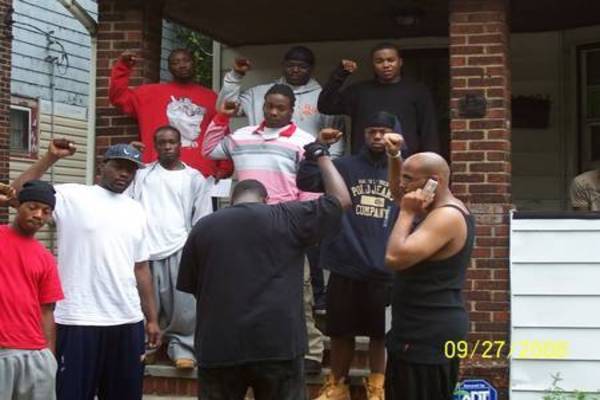 Foundation and Early History
By 1978, the criminal landscape of Chicago was already undergoing heavy reshaping; with Larry Hoover, the leader of the BGDN, uniting a large number of gangs under the banner of the Folk Nation.

His rivals in the Black P. Stones, Latin Kings, and Vice Lords found themselves in need of an effective way to counter his actions. As a result, the People Nation was brought into existence.
At first including only a handful of gangs, the alliance eventually grew with time. As both sides fought over the territory of Chicago, more groups would be brought in through formal invitations.

By the end of the decade and into the 1980s, the group would have grown to incorporate more than 100.000 active members. Gangs who had previously declined their invitation often found themselves fighting both groups with no allies, eventually picking a side and joining one of the two macro-organizations.

From Prison to The Streets
While the People Nation had mostly been a phenomenon relegated to prisons up to the 1980, the group eventually decided to expand their reach and take control of the streets of Chicago. In doing so, they clashed with the Folk Nation, who had also started colonizing Chicago both through legal means and through sheer violence.

For most of the 1980s, the internal structure of the group was respected. Whenever a conflict or confrontation between two gangs belonging to the same set came to be a problem, an alliance-wide council was set up to discuss possible solutions and attempt to restore the peace.

Several wars between gangs also ensued in this period. Among the many, the conflict involving the Latin Kings and the Satan Deuces would continue until 1990. Confrontations, disrespect, and internal struggles eventually led to the disbandment of the alliance as a whole.

Modern Day People Nation
Following the events that took place in 1990 and 1991, many gangs broke off from the People Nation, preferring to declare themselves as neutrals or forming new alliances. The remaining members have since reorganized and still work around the city and the entirety of the United States, counting more than 150.000 members.

While the 80s where characterized by a complete lack of an alternative to either joining the People Nation or the Folk Nation, the current state of Chicago organized crime leaves plenty of room to smaller gangs to grow.

Today, those who remained with the People mostly deal in a good variety of criminal activities. These include: racketeering; violent crimes such as battery, assault, and murder; drugs and arms trafficking; prostitution; burglary, robbery, and grand theft auto.