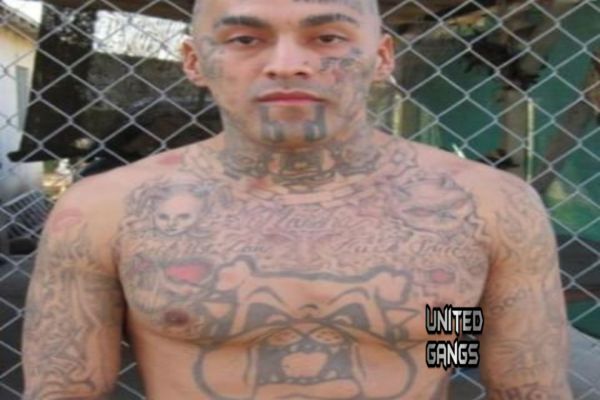 The Fresno Bulldogs (FBD), formerly known as F-14 (Fresno 14), are a large predominantly Hispanic street gang and regarded as the muscle behind the Nuestra Familia. They are known for their ongoing rivalry with Surenos and Nortenos in Northern California.

Foundation and Early History
The origins of the Fresno Bulldogs are not completely clear, but mentions of the gang can be found as early as the 1960s. Primarily a Mexican-American association, this group most likely saw the light of day as a sub-set of one of the larger criminal associations within the United States Federal Prison System.

At the beginning of the 1980s, the gang was still considered part of the Nuestra Familia Alliance. Multiple prison-wide wars would take place between 1984 and 1985, facilitating the independence efforts that the group had undertaken. The gang eventually rebelled and was fully recognized as a self-governing association in 1986.

Now free, the Fresno Bulldogs started working on their own image, adopting a unique set of graffiti, call-signs and tattoos. The group also elected the Fresno State University mascot as their own, thus resulting in their current name. To further accentuate their uniqueness, members of the gang also refer to each other with specific terms.

The Gang’s Activity Throughout The 90s
As the Fresno Bulldogs recruited larger groups of members, the gang slowly moved from their hometown and colonized the neighboring areas. For most of the 90s, their objective was to increase both their numbers and their reach. Originally from California, the gang could at some point be sighted throughout Florida, Portland, Chicago, Canada, Mexico, and Texas.

This vicious expansion led the way for the creation of a good number of sub-sets and smaller gangs. Although technically still a part of the Bulldogs, these groups would soon start acting independently. Confrontations, all characterized by varying degrees of violence, would become the norm for most of the 90s.

Fresno Bulldogs’ main source of revenue had been, for long, the illegal trafficking of recreational drugs and other narcotics. As the gang kept expanding, street thugs were hired to deal the product directly. This would have allowed the group to maximize profit, as they now could import and distribute dope freely throughout their territories.

Operation Bulldogs and Current Status
Surviving the turn of the century would prove a rather hard feat for a substantial part of the Fresno Bulldogs. As they were now considered one of the most dangerous and potentially largest gangs in the area, folders containing details on the group’s activities soon appeared on many of Fresno Police Department’s desks.

Determined to put a stop to crime within the city, the law enforcement agency began to lay down a plan to eradicate the group. The operation, which was labeled Bulldog, began in November 2006 and would continue for several months.

Although severely weakened, the gang still counts more than 6000 members in or around the city of Fresno. Along with the usual narcotics dealing and robberies, Fresno Bulldogs now specialize in assaults, extortion, weapons trafficking, and murder.