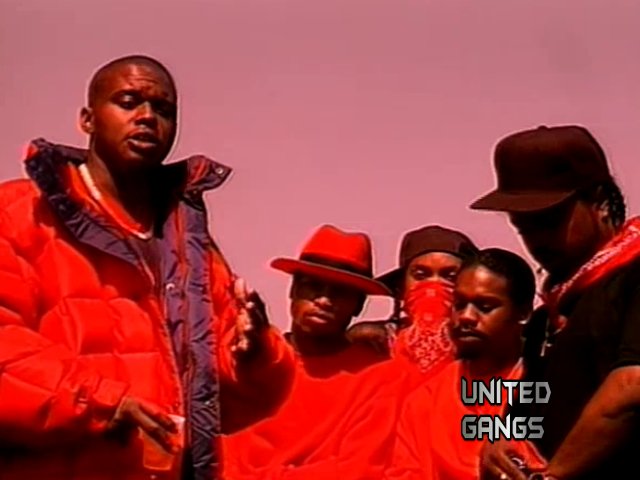 Their neighborhood stretches from 105th Street to 120th Street between Vermont and Grand Avenues. The Denver Lane Bloods share their neighborhood with the South Los 13, a Mexican-American street who mainly feud with the Florencia 13. The 110 (Harbor) Freeway, acts as the borderline between the Denver Lanes, Broadway Gangster Crips and the 118 East Coast Blocc Crips.

The Damu Ridas, was a popular rap group from the 1990s, consisting of real-life Bloods from South Central, Inglewood, and the Watts region of Los Angeles. B-Brazy (rapper), was a well-known member of the Denver Lanes Bloods (109th Street) and considered one of the most popular members of the Damu Ridas. Other Denver Lanes, from the Damu Ridas era, included Eightball, June Dawg, Peanut 2 aka KP, Lil’ Laniak 2, and G-Len aka O.G. Len.

The Denver Lane Bloods are cliqued up with the Crenshaw Mafia Bloods to form the “Mafia Lanes” or “Denver Mafias” and the Athens Park Bloods. They are also friendly towards the Harvard Park Brims, Blood Stone Villians, and the Weirdos Gangster Bloods.

The Denver Lane Bloods arch enemies are the Hoover Criminals (92, 94, 83, and the 107 Hoover Criminal Gangs), Hard Time Hustler Crips, and the Raymond Avenue Crips, located in the West Athens neighborhood of South Los Angeles. East of the 110 Freeway, their rivals are the 112 Broadway Gangster Crips and the 118 East Coast Blocc Crips.

In 1995, Laniak II (of the Damu Ridas), was killed in front of his kids by Campanella Park Pirus, a street gang based in Compton.