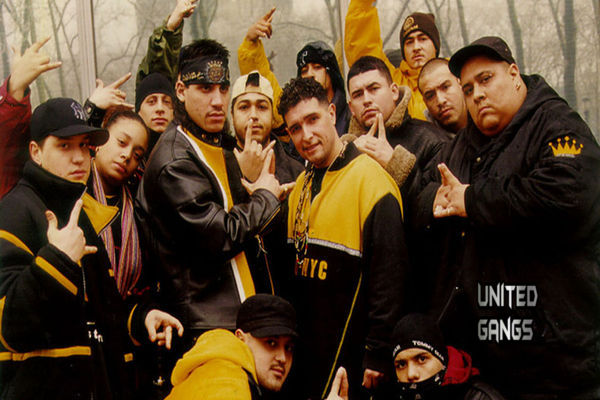 The Almighty Latin King And Queen Nation (ALKQN), are the largest Latino-American street gang founded in the West Humboldt Park neighborhood on the West Side of Chicago, Illinois.

Foundation and Early History
Large movements of Puerto Rican individuals were registered across the United States during and following World War II. Attracted by the prospect of finding a job in the new factories that were created to support the US war effort, they eventually settled in Chicago and the surrounding areas, giving birth a flourishing ethnic community.

In 1943, several Puerto Rican males came together to create an association that aimed at reducing racial stereotypes, as well as ensuring a peaceful cohabitation among different races. The newborn Latin Kings and Queen Nation would, though, soon evolve into the organized crime group that we know today.

The gang eventually split in two subsections in 1986, when Luis Felipe moved to New York and started a new chapter of the gang. The Motherland and the Bloodline faction both operate throughout different territories and abide by a strict set of rules that is applied to all members.

Rise of The Bloodline and of the Latin Queens
With several thousand miles separating Felipe from his former affiliates, he was forced to reestablish the gang in this new location. In New York, the LK is divided into several independent subgroups, all named after old Inca Indians. Felipe would be arrested shortly after his arrival in the city.

With him out of the picture, the gang went through several transformations that eventually ended in 1995, when Antonio Fernandez ascended to power. Fernandez wanted a fresh start and thus began working to turn the old gang into a street organization. At the same time, the group began accepting female members into their ranks. These would later be known at the Latin Queens.

Members of the Kings and Queens started appearing at political rallies and protests in support of the Latino community. In an effort to gain legitimacy, monthly open meetings were held in Harlem (NY). These attracted even more members into the new-formed organization.

Fernandez’s Arrest and Current Activities
Following a long investigation into his activities both as a legitimate businessman and as a gang leader, Fernandez was arrested in 1999. He was charged with conspiracy to sell heroine, pleaded guilty, and was sentenced to 13 years in prison. He has since been released.

Today, the Latin Kings still exist throughout most of the United States and Southern America. The gang has begun accepting members from all races, although the majority of them are still Hispanic. International crimes as well as local ones constitute the main source of income for this large group.

The Latin Kings specialize in battery, racketeering, extortion, murder, and drugs trafficking. Their legacy can still be found in the so-called Kingism Ideology: a set of ideas and beliefs that regulate the life of each member of the gang and of the group itself. These can be found in a document known as the King Manifesto. Complete devotion to the ideals therein detailed and strict abidance by all of the rules in the manifesto are required in order to be accepted in the gang.