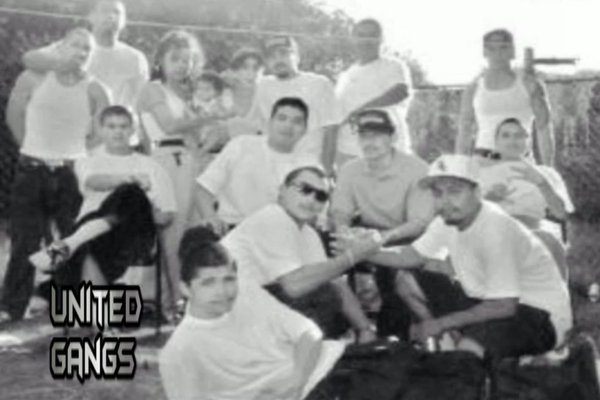 Foundation and Early History
The Rockwood Street Locos were created, in the 1970s, as a youth club for Latinos. Members originally played football and were involved in the graffiti scene, producing a good number of pictures that can now be found in Los Angeles.

Much of the 70s and the 80s were relatively peaceful years for this gang. Its members would fraternize with other local organizations, eventually leading to the creation of several subgroups that still exist today.

The 90s saw a steady rise in violence throughout the area. The Rockwood Street Locos’ rivalry with the 18th Street Columbia Lil Cycos would soon lead to an all out war. The group also started dealing in drugs and other crimes. Violence was also on the rise, with frequent confrontations.

The 90s and The 2000s
With the gang’s members expanding their activities, law enforcement agencies began planning its dismantlement. The last part of the 90s and the early 2000s were characterized by continuous investigations into the Rockwood Locos’ ranks.

Several apartments and other hangout places in Los Angeles were put under surveillance, with undercover members of multiple agencies attempting to purchase drugs on the premises. At some point after 2003, more than 10 members of the gang had either been caught selling drugs or were somehow part of another crime.

Throughout the decade, Los Angeles Police eventually managed to arrest roughly 20 individuals and recover multiple weapons. Although the number of convictions is unknown, the Rockwood Street Locos were added to the list of active gangs in the areas. This eventually led to further action by police.

From 2010 to Today
Even though members of the LAPD keep working against them, the Rockwood Locos still are a particularly alive gang within the city of Los Angeles. Drugs and petty crimes remain their preferred activities, with killings seldom being reported and prosecuted.

The group continues to be involved in the graffiti scene. Large Placas, typical Hispanic drawings characterized by the fact that they depict colorful scenes, remain used to both mark the group’s territory and to assert their presence.