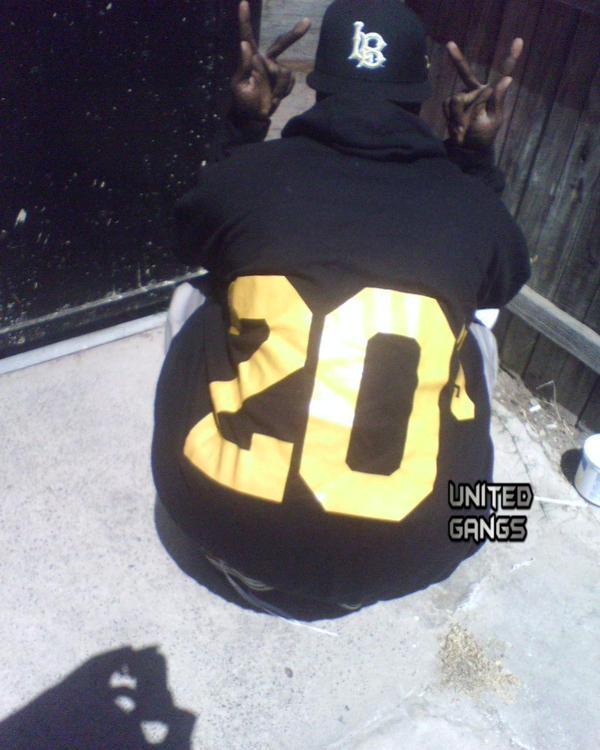 The Rollin 20s Crips (RTC) also known as the Rollin 20s, are the second largest African-American criminal street gang located on the East Side of Long Beach, California. Their neighborhood is primarily South of 21st Street, East of Long Beach Blvd and West of Orange Ave. The Rollin 20s Crips are known to sport the primary colors of the Pittsburgh Steelers and the New Orleans Saints (black and gold).

The Rollin 20s Crips, are internationally known and the most popular gang in Long Beach, due to exposure in the media after being linked to platinum selling rapper Snoop Dogg. Other notable artist’s with ties to this gang are Nate Dogg, Daz Dillinger (of Tha Dogg Pound), Goldie Loc (of The EastSidaz), C-Note and Domino AKA Ginuine Draft (of Bloods & Crips).

The Rollin 20s Crips are allies of the Rollin 80s West Coast Crips, a street gang located on the West Side of Long Beach. The 20s Crips and the Insane Crips, were united as one and moved together as a unit. Until the 1980s, when they parted ways, due to infighting with the Rollin 20s claiming territory South of 21st Street and the Insanes claiming territory North of 21st Street.

They are also deadly rivals of the Varrio Longo Gang, a Latino gang that feud with Blacks/Asian and Cambodian gangs in Long Beach. Despite, the Rollin 20s Crips and the Insane Crips being bitter rivals they shared a brief truce, during the mid 1990’s. Due to their common enemy the Varrio Longos (especially the West Side Longos) as a result of racial tension.