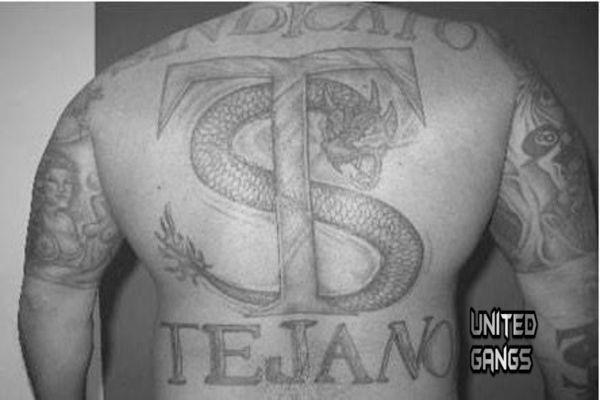 The Texas Syndicate (Spanish: Syndicato Tejano) is a mostly-Mexican criminal group founded in Folsom State Prison, California, in the 1970s. Throughout that specific decade, the state of California saw the birth of several criminal organizations. These would mostly come to life within the prison system; both as a physical response to assaults and as a way to achieve greater racial unity.

The main objective of the Texas Syndicate was that of offering protection to other native Texan inmates. Members of La eMe and exponents of white supremacy theories such as the Aryan Brotherhood would often prey on these individuals, who found themselves lacking the numbers and allies to put up a fight.

Throughout most of its early life, the Texas Syndicate was primarily a prison gang, with little to no contact with the outside world. The group eventually evolved an internal hierarchy and opened its doors to non-Hispanic members. The latter policy would be reversed in the 1980s.

The 90s and The Cartels
While the number of effective affiliates within the federal prison system continued to grow, the Texas Syndicate began expanding their operations to the outside world. At the same time, rules in prison became stricter. Abidance by these laws was enforced with violence, often resulting in beatings or executions of those who crossed the line.

Both in cities and behind bars, members of the Texas Syndicate began using hand-signs and gang markings to show their allegiance to the group. As the organization continued growing, drug trafficking came to be one of their favorite activities and sources of income. This would put the Texas Syndicate in contact with several Mexican-based cartels.

Most notably, the Los Zetas cartel has been known to count on members of the Texas Syndicate to plan and carry out murders, armed assaults and other violent wet-work.

The 2000s and Today
Due to the fact that most recruiting happens in prison, law enforcement agencies always struggled with estimating the effective number of people belonging to the gang. In 2000, reports indicated the existence of roughly 20000 members.

The majority of these, though, were only marginally involved with the gang activities. More accurate investigations lower the number to about 4000, with some sources even going as low as 3800. Most convicts who finish serving their sentence leave the gang life behind, with only a fraction continuing as street thugs.

Today, the Texas Syndicate is both a prison and a street gang. While in prison, members ensure the safety of both allies and other affiliates. A marginal amount of contraband and drug trafficking has also been registered. Outside, the gang works as many others criminal organizations in the US. Armed robberies, the sale of illicit substances such as methamphetamine, cocaine, and marijuana, and other crimes remain the main activities of this group.