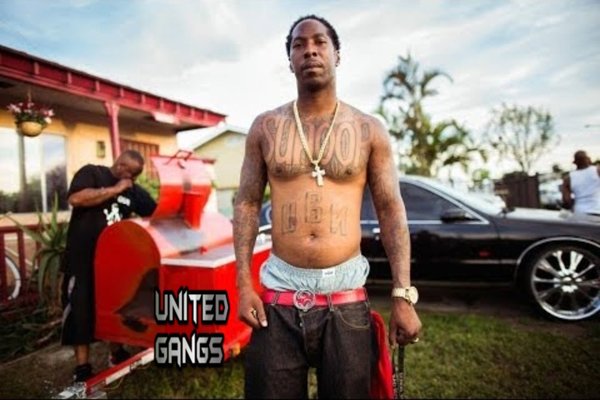 Foundation and Early History
The history of the United Blood Nation is closely related to that of its founder, Omar Portee. Known as O.G. Mack, this man was first arrested in 1987 on multiple charges. He eventually served his sentence and was released in 1990, only to be charged again in 1993 with attempted murder.

While awaiting trial, Portee spent some time at the George Motchan Detention Center. Dominated by Latino gang members, this prison was naturally dangerous for African Americans. Fighting and other forms of confrontation became the norm, forcing members of black gangs who wished to survive to form an alliance.

It was Mack’s idea to merge all of the independent African American gangs in the prison into a new set of the Bloods. This would have allowed the creation of a united front against Latino organizations, as well as putting a stop to the fighting among black prisoners. The merger was approved by a majority of voters, resulting in the United Blood Nation.

The 90s and the 2000s
The gang continued to grow for most of the decade, eventually incorporating members of smaller groups and strengthening their presence. By the early 2000s, the United Blood Nation had become a major player in several correctional facilities throughout the eastern seaboard.

The alliance lacked a certain degree of internal cohesion. The five major sets within it would often act independently. Outside of the prison system, the United Blood Nation was prone to armed confrontations with other gangs, including members of the original Bloods.

Drug trafficking, armed robbery, prostitution rings, and protection rackets were the group’s preferred sources of income at the time. Particularly incline to violence, members of the United Blood Nation were also well known for their expansionist nature.
O.G. Mack’s Release and Re-Capture

With the prosecutor lacking substantial proof of his involvements and thanks to the services of a competent lawyer, Mr. Portee only served a part of his sentence. The gang member was released in 1999. Upon returning to his previous activities, O.G. Mack was immediately recognized as the legitimate leader of the United Blood Nation.

This was the beginning of a particularly violent part of the gang’s history. Portee immediately took control, restructuring and rearming his organization. By the turn of the century, the gang leader would often be seen surrounded by armed thugs and carrying a variety of guns. These included pistols, knives, and a fully automatic AK-47.

O.G. Mack’s life outside of prison wouldn’t last long, though. Only three years after his release, the man was captured again and charged with racketeering, murder, and the illegal possession of the aforementioned rifle. He has since been sentenced to 50 years. Today, the United Blood Nation are still an active group of gangs, counting several thousand members.