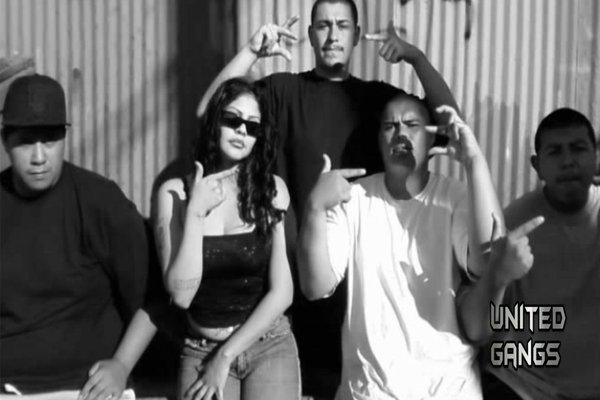 The name Longo is derived from “Long” (Long Beach). They adapted the Sur13 or X13 sometime in the 1970s, like many Hispanic street gangs that fall under the Surenos brand, they pay homage to the Mexican Mafia. The Longos X13 are considered the biggest gang in Long Beach, which allow them to take on several enemies at once. The Longos have expanded into other areas such as Tijuana, Mexico, Washington, and Bakersfield.

The Varrio Longo 13 originated during the 1960s, as a single unit . However, by the 1970s, members broke off forming two subgroups known as the Eastside and Westside Longos, due to internal fighting. The Northside Longo were the last of the three to emerge taking root in North Long Beach.

The Varrio Longos harsh treatment towards different ethnic groups are the primary reason for the formation of Asian, Samoan and Cambodian street gangs such as the Tiny Rascals and the Asian Boyz. The Varrio Longos are perhaps the most hated criminal street gangs in the city, due to the fact that they have killed members from every major street gang in Long Beach.

The Eastside Longo, claim areas around MacAuthor Park, located on Anaheim Street and are primarily based in Central Long Beach. Their territory stretches from Daisy Street to Junipero Ave between Pacific Coast Hwy and 4th Street. They share this region of Long Beach with three of their main rivals the Rollin 20 Crips and the Insane Crips as well as Barrio Probe.

The oldest cliques and subsets of the Eastside Longo are the Barrio Viejo (Old Town) followed by the Latin Town Playboyz and the Loney Boys. Their other cliques consist of the Malditos (Little Bad Ones), Night Owls, Primas (female clique), Stoners, Pee Wees, Tiny Locos, Dog Town, and the Chicos Malos (CMS).

The Westside Longos, operates in the Westside neighborhood in West Long Beach. Their barrio stretches from 20th Street to Pacific Coast Highway between the 710 Freeway and Santa Fe Ave. They share their neighborhood with the Rollin 80s West Coast Crips, a predominantly African-American street gang.

They were the district attorney and Long Beach Police Department top priority, due to the gang terrorizing rivals and local residents in the Westside community. In 2004, a second gang injunction was launched against the West Side Longos as a whole.

The Northside Longos (NSL) are the smallest of the three factions of the Longo 13, but are the largest Latino street gang in North Long Beach. They claim areas near Downey Ave and Long Beach Blvd between Del Amo Blvd and Artesia Blvd. The North Side Longos are bordered by Compton to the North and Carson to the West.

This put them in direct conflict with street gangs in these neighboring cities such as the Dominguez Varrio 13, a Latino street gang based in Carson. The North Side Longos consist of several cliques known as the Machos, Pee Wees, Youngsters, Baby Gangsters, Sun Rise Boys, Sun Set Boys and the Baby Gangsters.

The North Side Longos are surrounded by enemies such as the Bricc Boy Crips, Boulevard Mafia Crips and the Compton Varrio USV. Although, they are smaller than their counterparts the East Side and West Side Longos they are still larger than the majority of gangs in North Long Beach.

In 2010, the North Side Longos were placed on a gang  injunction due to an increase in gang-related crimes committed by this gang. The Long Beach City Prosecutor Doug Haubert expanded the city’s gang injunction to include any gang affiliated with the Mexican Mafia ( a prison gang) or operating under the Sureños 13 umbrella.

In the past, the East Side Longo and West Side Longo agreed to a truce in an attempt to wipe out the Tiny Rascals Gang and their allies the Insane Crips. The Eastside Longos are allies of the Barrio Viejo Gang and the Latin Town Playboyz as well as the Crazy Latin Boys and the Mexican Mafia.

All three subsets of the Longo 13 are rivals of all Asian/Cambodian and African-American street gangs. The Longo 13 and the Tiny Rascals Gang (TRG), have been engaged in a deadly feud since the 1990s after a carload of  Tiny Rascals shot and killed a 16-year-old Longo in 1989. The Longos responded by killing several TRG members (Vice Versa) turning the streets into a killing zone.