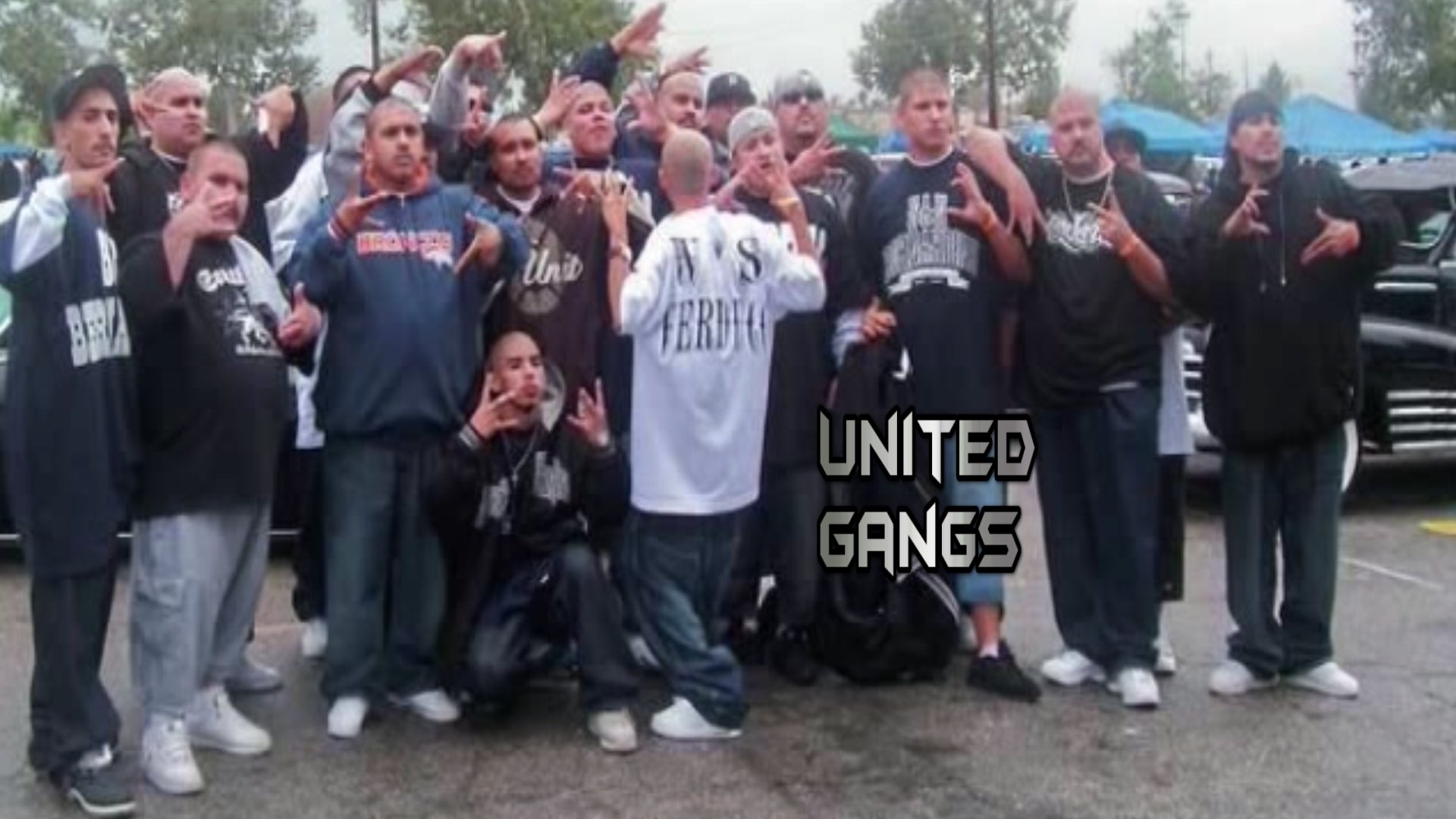 The Verdugo Gangsters consists of three Latino subsets Called the WestSide Verdugo, EastSide Verdugo, and the Southside Verdugo, operating in different regions of San Bernardino, California. They made headlines after two of their leaders (brothers) were killed by childhood friends in a quadruple homicide case dubbed “Dead Presidents” by police.

Verdugo is another name that is used for “San Bernardino” in the Mexican-American community, according to Bobby Vega, community leader and co-founder of the Urban Conservation Corps. The term Verdugo dates back to the 1940s, mostly used by Mexicans/Latinos (Chicanos) as a geographical area for Hispanic in the West Side community.

The WestSide Verdugo (WSV), combined are the Largest Latino gang in the San Bernardino Valley with origins dating back to the 1950s. The Westside Verdugo Mount Vernon Rifa cliques consisted of the 7th Street Locos (Calle Siete Locos), Sur Crazy Ones, and the Counts Gang.

Early gangs in the Westside Verdugo (Mt. Vernon) area in San Bernardino during the 1950s, were the Toperos, from El Barrio Topo or Topo City located around Gardena Street and Flores Street between 7th Street and 5th Street. The Toperos were mostly at war with gangs east of Mount Vernon Ave (Eastside).

The Westside Verdugo Counts Gang or Counts Gang cliques consist of the Little Counts Gang (LC), Junior Counts (Jr. Counts), Royal Counts Gang (RC), and the Lady Counts (female clique). During the 1950s, there was a Counts Gang on the East side who fought with street gangs on the West Side of Mount Vernon Ave.

The Westside Verdugo Sur Crazy Ones (WSV/SCO) or Sur Crazy Ones (SCO) their territory roughly stretches from Baseline Street to 16th Street, between Mount Vernon and the 215 Interstate Fwy. Their primary clique is 14th Street or Calle Catorce. They are also known for their prejudice towards police after Adrian Gutierrez (SCO), was gunned down in 2010, by a police officer who also shot and killed a member from Inglewood 13, in 2008.

The Westside Verdugo 7th Street Gang is also known as the Calle Siete Locos (CSL) which is Spanish for Seventh Street. Which is the street of their formation, bordered by 16th Street and 5th Street between Mount Vernon Ave and 215 Fwy. This gang rose to prominence in 2000, after their leader Johnny Agudo and his brother were murdered in a quadruple homicide.

The Westside Verdugo Manor Boys (187 Murder Block) also known as the Manor Boys Gang operates as an independent street gang with territory stretching from Foothill Boulevard and King Street between Macy Street and Terrace Street. They are south of the Calle Siete Locos and north of the South Side Verdugo.

The Southside Verdugo Flats (SSVF) or South Side Flats, formerly known as the “Marijuanos” are located in the Southwest region in San Bernardino. Their barrio stretches from Third Street and Grant Avenue between Muscott and the Interstate 215 Fwy. Their primary cliques are Pear Street and Congress Street which are located in their neighborhood.

Armondo Villaseñor Velarde and Michael Were also shot and wounded, but they manage to survive. The gang hit was organized by Johnny Agudo’s best friend Luis “Maldito” Mendoza, on behalf of the Mexican Mafia. Johnny and Mendoza were childhood friends, together they established the 7th Street La Locos. Allegedly, Johnny cooperated with prosecutors regarding information about the Mexican mafia.

Mendoza, put together a four men hit squad armed with guns and bulletproof vests when they met with the Agudo brothers in a driveway of a Vine Street duplex, near Mount Vernon Ave on the West Side of San Bernardino. The men got into a heated argument over the Presidency of 7th Street Las Locos and the green light placed on Johnny by the Mexican mafia.

Mendoza and his cousin Froylan Chiprez, both draw their weapons killing the Agudo brothers and the Luna brothers. Gilbert was shot at point-blank range in the head to avoid retaliation for his brother and the Lunas were killed for their loyalty to Johnny Agudo. Two other members of the 7th Street Locos, Armondo Villasenor and Michael Velarde, also were shot.

In 2008, Luis Mendoza and Lorenzo Arias, were sentenced to death for his involvement in the quadruple homicide. In 2011, Froylan Chiprez, was extradited from Tijuana, Mexico and sentenced to four life terms without parole plus 125 years to life and an additional 31 years. Juan Ramirez only served 12 years in prison for murder, because of his cooperation with the prosecutor.

The Verdugo Gang are known for their rivalry with Los Angeles street gangs who move to the valley of San Bernardino, such as the Florence 13 (F-13) and the Boulevard Stoners Rey (KBS). However, the arch nemesis of the Westside Verdugo is the East Side Trece, a violent Latino street gang based in South Los Angeles, California.

In April 2005, two members of the East Side Vudugo shot and killed a Member of the Florencia 13, after moving into an apartment complex located on Fairfax Drive, in an area dominated by the Eastside Verdugo Dwight Way Gang. The Westside Verdugos (especially the South Side Flats) are known to feud with Latino street gangs in neighboring cities such as the East Side Colton and the North Side Colton.