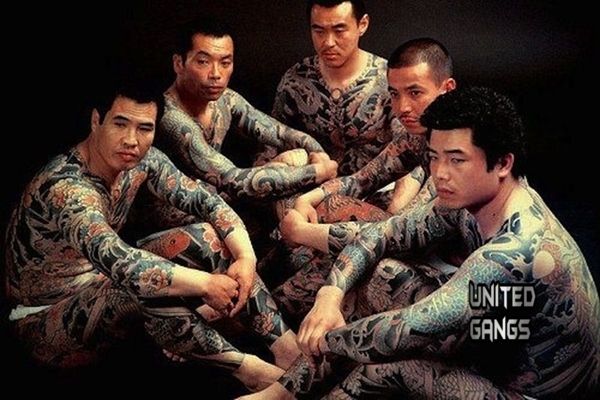 The Yakuza has been reported as early as the 17th century. At the time, the Japanese’s caste system was particularly strict and members of the peddlers group, those in charge for the trade of petty goods, were placed at the bottom of the pyramid representing society.

Eventually, these individuals were recognized by the Edo government and allowed to carry a sword. This decision greatly boosted commerce in the area, as prior to it only noblemen and samurai were allowed to bring along self-defense weapons. These groups were the fertile ground from which the modern Yakuza would be born.

Due to extreme poverty and difficult life conditions in the country, most criminal groups from that periods included petty thieves, as well as dishonest merchants. Today, Yakuza families still follow their ancient traditions, with names and titles changing according to their predominant activities or their modus operandi.

Structure and Differences
As already mentioned, most criminal groups which are commonly referred to with the name Yakuza actually use more complicated labels to state their intents and to highlight the ideas behind their activities. Today, at least in Japan, this criminal organization is comprised of four main families.

All sporting extremely complicated names, these subsets mainly differ in size. The biggest one, the Yamaguchi-Gumi family, can count on the support of more than 50 thousand members. Conversely, the tiniest of the four, Aizukotetsu-kai, only counts a mere 7000 affiliates. Following a series of laws aimed specifically at disrupting Yakuza activities, the organization’s numbers have dropped substantially over the last few years.

Activities In The United States
Within the territory of the United States, the Yakuza is mainly found in Hawaii, although the group has also been spotted in Los Angeles, Las Vegas, Chicago, and New York City.

According to some, the Hawaiian region is used as a staging point and commerce hub for cargo and illegal goods coming from Japan. Being both regions is Asia, Japanese nationals who pledged their allegiance to the Yakuza can easily mingle with the local population. The FBI also suspects the Yakuza to be behind one of the largest money laundering operations on United States soil to date.

In Los Angeles, high ranking members of the Yakuza signed cooperation treaties with other organized crime groups, including the Chinese Triads and local Vietnamese or Korean gangs. Today, in the US, the Japanese-born international association is best known for its illegal gambling facilities, the sale of contraband or forbidden items, and a good range of violent crimes.