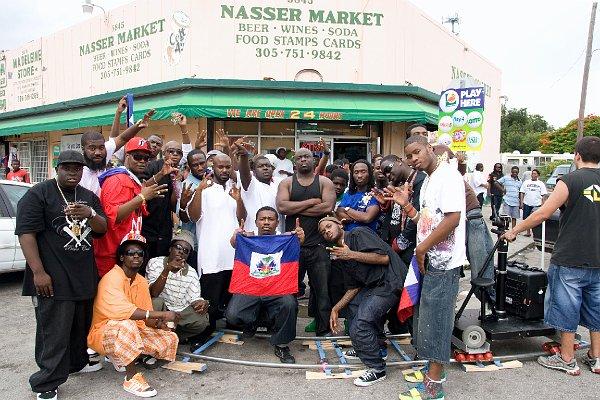 The Zoe Pound, originally from the Little Haiti area in Miami, Florida, is a Haitian gang born in 1992. Many of its affiliates considered it to be a social initiative aimed at protecting young Haitians from other ethnic groups. In reality, its members almost immediately began dealing with the sourcing and distribution of narcotics, quickly turning the gang into a drug cartel.

As the years went by, the Zoe Pound also began accepting an increasing number of members. At some point, roughly 25,000 people had sworn their allegiance to the gang in Miami alone. Throughout the nation, more than 50,000 individuals wore the group’s colors and collaborated with the gang in some way.

According to former members, national pride always played a major role in defining the association’s modus operandi and way of life. Some would tell of colorful spectacles taking place outside of schools and other important buildings throughout the Greater Miami area. Decorated with Haitian flags and lavish accessories, vehicles would parade in front of the exits, give out candies, and subtly conduct recruiting campaigns.

Drug Trafficking, Hip-Hop, and Armed Robberies
Due to the extreme degree of secrecy with which all operations are carried out, little is known of the gang’s chapters outside of Florida and the United States. The Zoe Pound continued to pour drugs into the country for most of the 90s, while violent crimes and killings quickly became the norm throughout the Little Haiti neighborhood.

Money also allowed the group to finance several Hip-Hop artists, resulting in a seemingly legal business endeavor which was likely used to wash founds. Rumors say that the gang also controls the shooting and distribution of music videos in the city, with some insisting that permission from them should be acquired before the cameras start rolling.

The gang would eventually step up their operations on March 5th, 1997. Six robbers, armed with automatic weapons, reached the city’s docks and stormed a freighter which they believed contained large amounts of cocaine. The ship’s crew was taken prisoner, robbed, and tortured. It’s unknown whether the packages were actually ever found.

Modern Day
Even though police spent years trying to fight members of the Zoe Pound cartel, the gang is still extremely active both in Miami and across the rest of their holdings. Closely cooperating with South American drug smugglers – mainly using a number of ports scattered across Haiti – the group still contributes for much of the drugs that reach the U.S.

Despite the number of arrests, the gang doesn’t seem to grow weaker at all. In the last 10 or so years, Zoe Pound also specialized in home invasions and other forms of violent robbery. Former and current members of MPD often recall responding to an alarm, only to get to the scene and find that the inhabitants had been brutally tortured and murdered.