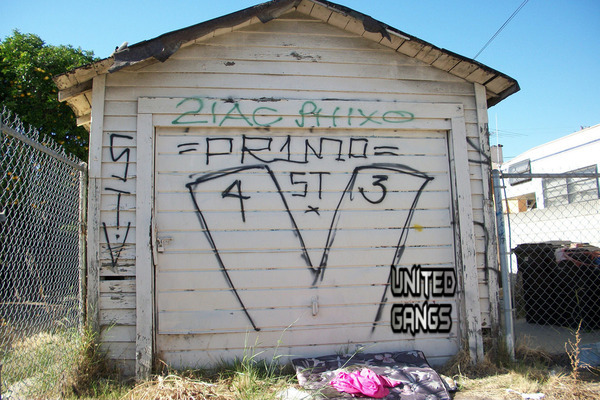 The Street Villains (STV), also known as the Street Villains 13 (STV13) and Calle Villanos are a Mexican-American street gang located in South Los Angeles (formerly known as South Central) California.  The number “13”  correspond to the thirteenth letter of the alphabet, the letter M, to show their affiliation with the Mexican Mafia (also known as La Eme).

Their neighborhood is located on the West Side of the 110 Harbor Freeway and East of Vermont Ave, between 42nd Street and Vernon Ave. The Street Villains prominent clique is the 43rd Street Locos (LCS), not to be confused with the 42nd Street Locos, a separate independent Latino street gang who also operate on the West Side of South Los Angeles. They share their barrio with the Rollin 40 Neighborhood Crips, one of the largest black gangs in South Los Angeles.

Members of the Street Villains are known to congregate in an alley between West 43rd Street and West 42nd Street near Menlo Avenue. This alley is known for gang-related shootings and being plagued with graffiti, according to the Southwest Gang Unit of the LAPD (Los Angeles Police Department).