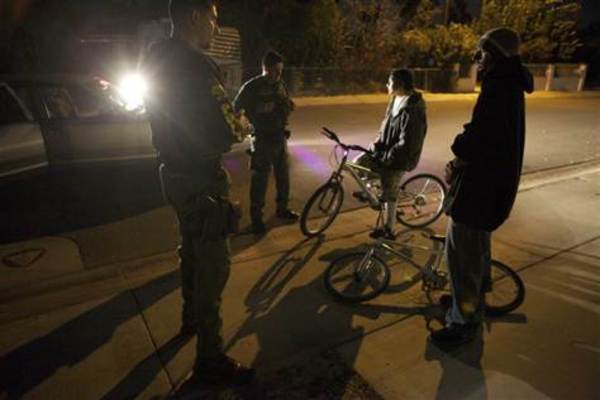 A gang member accused of fatally shooting a 24-year- old Riverside woman and wounding her boyfriend because the pair were mistaken for rivals is scheduled to be arraigned today.

William Sotelo, 28, was captured in Mexico last week following a decade- long manhunt and will be the last of eight defendants tried in connection with the 2006 slaying of Crystal Theobald.

Sotelo is charged with first-degree murder, two counts of attempted murder, shooting at an occupied vehicle, gang activity and a special circumstance allegation of committing a murder for the benefit of a criminal street gang. He is being held without bail at the Robert Presley Detention Center in Riverside and faces a possible life sentence without parole if convicted.

According to Riverside police, Sotelo was located Friday in central Mexico and arrested without incident by Mexican state police, who extradited him the following day to the U.S., where he was taken into custody by detectives, interviewed and taken to jail.

Authorities believe Sotelo has been hiding in Mexico since immediately after the Feb. 24, 2006, shooting that killed Theobald and wounded her boyfriend, 20-year-old Juan Patlan. The woman’s then-28-year-old brother, Justin Theobald, escaped uninjured.

According to investigators, Patlan was driving through the 6600 block of Geranium Place just after dark in his two-door Honda and passed by a group of men standing adjacent to two SUVs and a compact car.

Based on testimony from the trial of Sotelo’s former associate, Julia Caesar Heredia, the group believed Patlan, Crystal and her brother were members of a rival gang, MD 13 (Mad Down 13), and opened fire.

Theobald’s mother had been driving just ahead and turned around to help her daughter. Meanwhile, the defendants and their friends jumped into their respective vehicles and sped away, according to police.

The District Attorney’s Office alleges that only Sotelo and Heredia, both members of the La Sierra-based Varrio 5150 gang, did the shooting, using semiautomatic firearms.

Heredia was convicted in 2011 of murder, attempted murder and other charges and was sentenced to life in prison without the possibility of parole. Six other gang associates were convicted of lesser charges, including conspiracy, and received prison terms averaging a few years each.