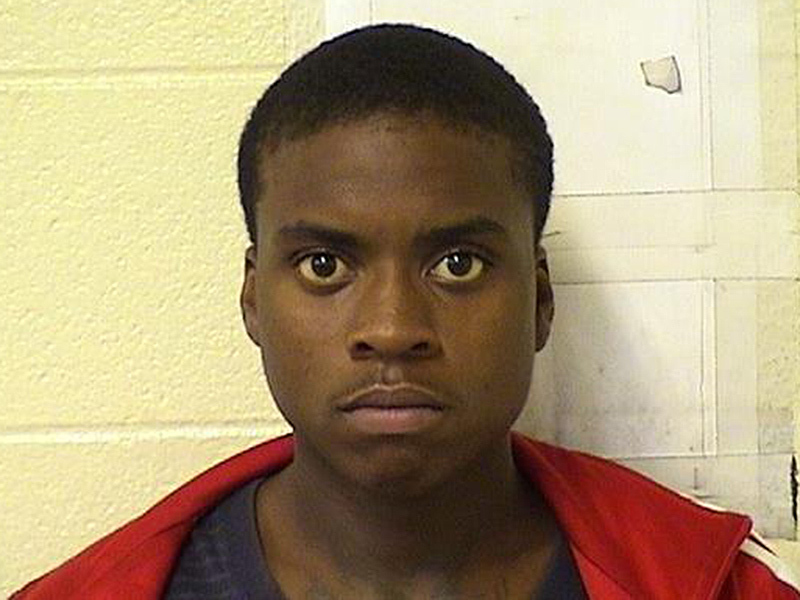 Timothy Jones was sentenced this week to 90 years in prison after he was convicted of first-degree murder and aggravated discharge of a firearm in the August 2011 shooting death of Charinez Jefferson, then 17, prosecutors said in a news release.

Jones, 23, was sentenced Monday in Cook County, a court clerk representative tells PEOPLE. Jones’ defense attorney, Kevin Sterk, tells PEOPLE they are planning an appeal and that he believes it was “physically impossible” for his client to have been the shooter.

Prosecutors say Jones fired on Jefferson multiple times, on Aug. 16, 2011, after he saw her with a friend of her’s, who was a member of Jones’ rival gang.

Jones fired on Jefferson’s male friend but missed and he ran away, prosecutors say. Then he started shooting Jefferson, who was seven months pregnant.

“She kept begging for her life, and he still shot her,” witness Romell VanTrease said last year, according to the Chicago Tribune. “She begged for her life … said, ‘I’m pregnant.’ ” (Prosecutors said Jones was angry because in the preceding 24 hours, approximately, he had been injured in a separate shooting, according to the Tribune.)

Jones swore at Jefferson as he fired, and kept firing after she fell to the ground, according to the Tribune, which cited prosecutors. She was seven months pregnant.

Jefferson did not survive the shooting, but her son, Kahmani, did – though the now 5-year-old remains “fully incapacitated” with little hope of recovery, prosecutors say.

The Victim’s Mother Speaks Out in Court

Jefferson’s mom, Debbie, cared for Kahmani since Charinez’s death, even as she was urged to remove him from life support, she told the Tribune in 2014.

“I couldn’t see turning the machine off on him. Who am I to judge whether he lives or dies, okay?” she said. “I was just grateful that he’s still here.”

Debbie died from cancer earlier this year, according to the Tribune, but not before she wrote an impact statement for Jones’ sentencing.

It was read by a prosecutor in court Monday, according to the paper.

In it, Debbie said she “had to find a way in my heart to forgive you … I had to let go of anger, resentment, bitterness and hatred.”

“I watched you during the trial and you showed no remorse. So maybe you wouldn’t know how I feel,” Debbie wrote. “From this day forward, when you open and close your mouth and eyes, and you are still able to walk and talk, stop and take a minute and think about the lives you destroyed.”

She wrote, “All of your sleepless nights and dreary days, I pray you ask God for forgiveness and to have mercy on your soul.”

Defense Attorney: ‘He Does Still Proclaim His Innocence’

Sterk, Jones’ attorney, tells PEOPLE that one of the hardest things he’s had to do, professionally, was listen to Jefferson’s family statements at Monday’s sentencing.

“To say that it was heartbreaking doesn’t do it justice,” he says.

Even still, Jones is adamant that he is innocent of the crimes for which he was convicted, Sterk says – and Sterk says he plans to file an appeal and seek post-conviction relief in the form of a lighter sentence.

Sterk says Jones had had emergency surgery on his leg and stomach, with a rod installed in his leg, five months before the 2011 shooting, and would not have been walking the streets, as the prosecutors argued. Sterk also called into question the testimony of both eyewitnesses.

He says that Jones knew Jefferson for years before the shooting.

“[Jones] prays for them and feels terrible for their loss,” Sterk says. “At the same time, he does still proclaim his innocence.”