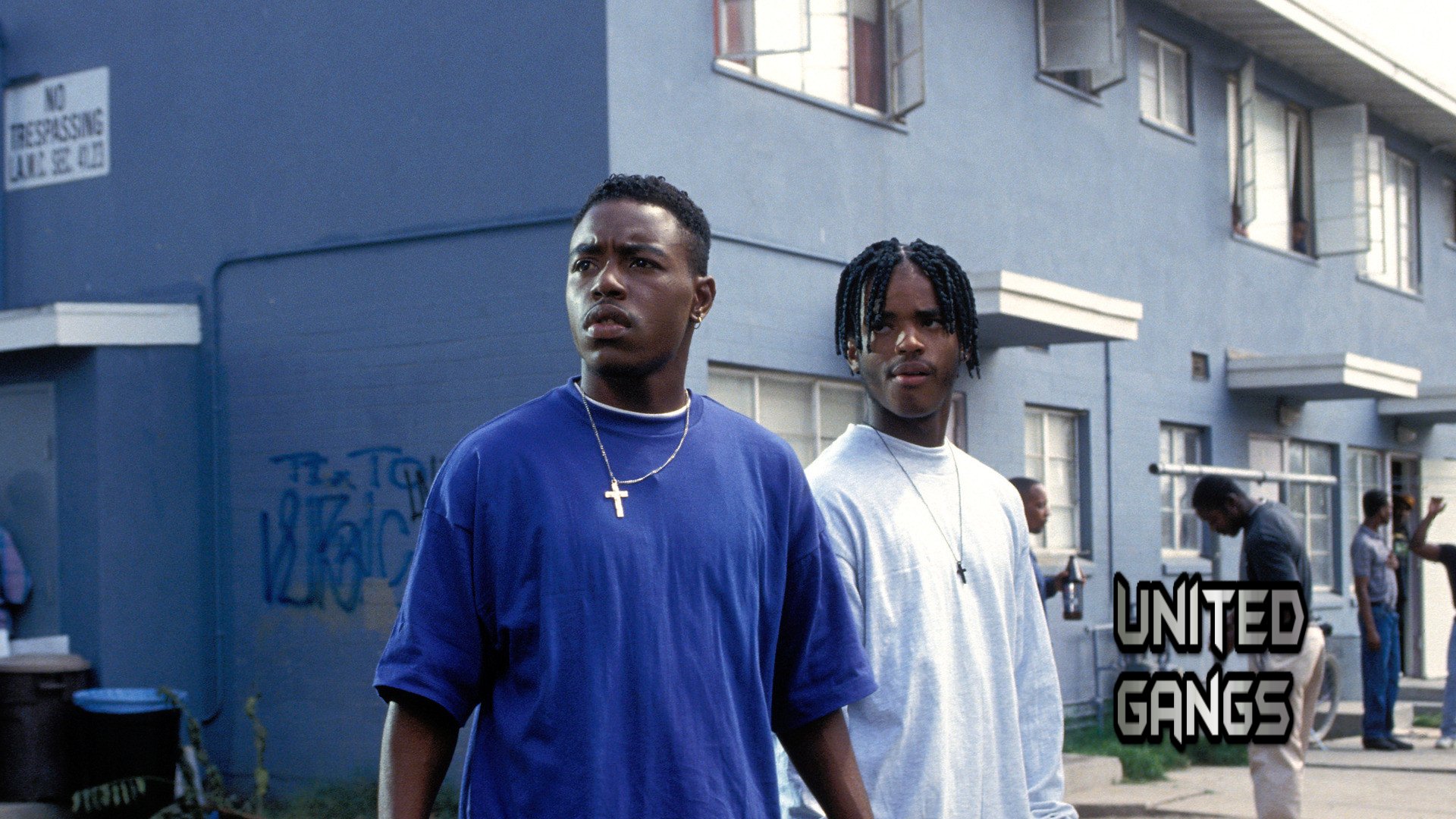 The projects, officially labeled Public Housing Projects, are a well-known type of state-provided housing aimed at low-income families. Originally built as a solution for the homeless, today they have become a last resort for many. Often featured in movies and other popular pieces of media such as video-games, these places are depicted as the cradle of organized crime in the US.

In the city and suburbs of Los Angeles, projects are a common sight. Stepping in the wrong neighborhood may lead to different outcomes. These range from a few moments of terror to the risk of not going home for supper.

Among the others, in no particular order, here are the 10 Most Dangerous Housing Projects In LA that can be found in the city.

Number 10: San Fernando Gardens
Situated within the homonymous valley, in one of the northernmost parts of the county of Los Angeles, the San Fernando Gardens Housing Project was originally built during World War II. At the time, aircraft manufacturing company Lockheed’s Burbank Vega Factories were hidden beneath the surface of the local airport.

The prospect for a steady and solid source of income soon attracted the attention of thousands of potential workers. These individuals were encouraged to relocate to and repopulate the areas surrounding their place of employment. As a result, one of the first African-American communities in Los Angeles eventually came into existence.

Once the war was over and through most of the decades following it, San Fernando Gardens saw an increase in the number of Latinos moving to the premises. Today, the area houses two criminal associations: the Pacoima Projects Boyz and the Pacoima Flats. These gangs, both predominantly Hispanic, specialize in a large array of crimes while fighting for control of the project and the surrounding territory.

According to an  interactive map curated by the Los Angeles Times, property felonies such as petty theft and grand theft auto seem to be the most en vogue at the moment. Occasional aggravated assaults and peddling of narcotics and firearms have also been reported in the area.

To the east of Downtown Los Angeles is Ramona Gardens, an area that is and historically has always been Latino. The Big Hazard street gang is from around here.

The gang’s connection with the Mexican Mafia makes this place a hub for drug distribution and other illicit activities. Internal struggle between the Latinos and African-Americans in the area is also quite common.

On May 12, 2014, several gang members have attempted using firebombs and Molotov cocktails to drive black families out of the complex. The attackers, successively identified as members of the mafia-connected gang, were caught on tape by surveillance cameras scattered throughout the project.

Number 8: Pueblo del Rio
Pueblo del Rio was constructed in 1941, originally designed as a location to house the masses of laborers flocking to South Los Angeles to work in the factories that are situated nearby.

From its construction, this project was inhabited by a majority of African-American citizens. Recently, though, Latinos and Cambodians have started calling this place their home.

When, in the 70s, most of the factories surrounding the area were closed, unemployment led to increased crime rate. The two gangs originating from here, the African-American Pueblo Bishop Bloods and the East Side Oriental Boyz, both specialize in several kinds of criminal activities.

Pueblo del Rio and its gang made it to the news when, several years ago, a non-affiliated Latino man was murdered within the complex. The man, who was vacuuming his car, was mistakenly taken for a member of a rival gang and shot in the back while his 2 year-old son watched.

Number 7: Nickerson Gardens
This 2054 units project located in Watts, Los Angeles, was recently in the news when a shootout between police officers and an 18-year old man ended with the death of the latter on July 26th, 2016.

Nickerson Gardens, a predominantly black housing project, is also the birthplace and home of the Bounty Hunter Bloods gang.

One of the largest gangs in the area, the BHB deal in murder, robbery, drugs trafficking, and assault. They have also been known to be smuggling weapons and have been involved in the killing of several police officers. The gang can also be found in other states and cities.

Number 6: Mar Vista Gardens
Mar Vista Gardens is a humongous project is South-Western Los Angeles. It was completed in 1954. It includes over 600 apartments, as well as a good number of recreational facilities and a medical center.

This place is the traditional base of operation for the Mexican Culver City Boyz gang. While the group is named after the neighboring Culver City, their main activities are normally carried out within or around Mar Vista Gardens.

In an attempt to increase the safety of this area, most of the members of the Culver City Boyz were driven out of the project around 2003. A stricter set of regulations now forbids any criminal activity within the complex. Police presence in the area has also been increased.

Number 5: Jordan Downs
Another project located in the Watts district, Jordan Downs was originally inhabited by war workers during World War II. When the conflict came to an end, the area was re-purposed to be used for public housing.

The period from the 1960s to the 1980s saw a steady increase in crime due to an ever-diminishing jobs availability. The Grape Street Watts Crips gang moved to the area and started a war with the Bounty Hunter Bloods, the biggest gang in Watts. The conflict continued until 1992, when most of the gangs in the neighborhood agreed on respecting the so-called Watts Truce.

The break of this treaty, which had significantly reduced crime for the better part of the decade, led to a new war and to an increase in gang-related violence since 2002.

Number 4: Imperial Courts
Yet another housing complex located in Watts, Imperial Courts is the place where the P-Jay Watts Crips street gang was founded. This project is predominantly inhabited by African-Americans, who in 1991 made up the 88% of the total population in the area.

The P Jay Watts Crips, along with the Grape Street Watts Crips from Jordan Downs and the Bounty Hunter Bloods from Nickerson Gardens, were the signatories of the Watts Truce, a peace treaty that, for a time, greatly reduced violence in the neighborhood. When the truce was broken, Imperial Courts fell back into chaos.

The area, according to some, has a homicide rate that is 57% higher than the average for Los Angeles. On October 26th 2014, several people including a woman were killed in separate attacks throughout the complex.

Number 3: Gonzaque Village
Gonzaque Village, formerly known as Hacienda Village, is the oldest project in the Watts area. It was built in 1942 and is inhabited by a plethora of racial minorities including Latinos, African-Americans, and white people.

Since the 1970s, Gonzaque Village has been the home of the African-American gang Hacienda Village Bloods. This minor gang played a part in the negotiations that resulted in the historic Watts Truce.

The Hacienda Village Bloods and the P Jay Watts Crips share a common hatred for the Grape Street Watts Crips from Imperial Courts. This hatred, which has resulted in an unofficial ceasefire with the P Jays, often explodes in disrespectful acts towards the Grape Streets, as well as open violent confrontations.

Number 2: Estrada Courts
This project, which was built in 1942-1943 as a solution to the housing shortage in Southern California, is located in Boyle Heights. Estrada Courts belongs to a predominantly Mexican part of the city and is well known for its history as well as for some of its landmarks. These include, among other things, several murals.

The Varrio Nuevo Estrada gang, one of the best known and most prominent Hispanic criminal groups in Los Angeles, originated in the project. Eventually, this group gained such a notoriety that the Los Angeles Attorney petitioned, in 2004, for a permanent injunction against them.

The VNE retains old ties to the Mexican Mafia. Several of its members have been, throughout the years, inducted in the organized crime families living south of the border. In Estrada Courts, the gang deals in drugs, weapons, murder, and general violence.

Number 1: Avalon Gardens
This housing complex can be found in the Green Meadows neighborhood, in the southern part of Los Angeles. Since the 1970s, Avalon Gardens has been the home of the Avalon Gangsters Crips, one of the largest street gangs in California.

The Avalon Gangsters Crips originated from the East Side Crips when their leader, Raymond Washington, was imprisoned in 1974. The newly formed group would then go on to splitting into 4 subsets which are all allied.

For decades, Avalon Gardens has been a battleground, with members of rival factions shooting at each other from across the streets. Stricter regulations, a larger police presence and the fact that most of the original members are either dead or in prison seem to have a positive effect on crime in the area.

Nevertheless, this complex is still one of the most dangerous projects in Los Angeles.

According to the L.A. Times, 10 people were killed in the neighborhood in the past 12 months. A map from the same source also shows the type, frequency, and location of crimes that were reported in the area.

These were the 10 most dangerous projects in Los Angeles. Have you had the chance to walk through some of them? Do you live or know someone who lives at one of these locations? Let us know in the comments!