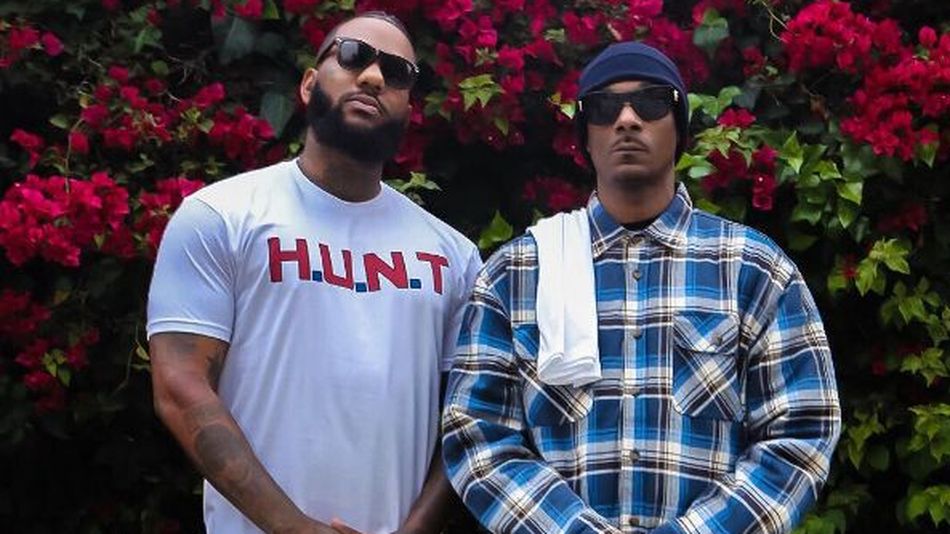 Rappers Snoop Dogg and The Game led a peace march in downtown Los Angeles Friday morning in the wake of a sniper ambush that left five officers dead at a protest in Dallas.

The Game posted a message on Instagram calling on “ALL AFRICAN AMERICAN MEN, MEXICAN AMERICAN MEN & any other RACE of REAL MEN with heart to stand with us today & walk peacefully to the LAPD headquarters.”

Several dozen people gathered outside police headquarters around 8:30 a.m., where a graduation ceremony for recruits was taking place. The rappers said the walk was intended to unify minorities and create a dialogue with officers.

“If you are a human being and you have ears and eyes to see, this is a day of change,” The Game said during an impromptu news conference at City Hall following a meeting with Mayor Eric Garcetti and LAPD Chief Charlie Beck. “I think that we need to take responsibility as a human race and accept the role as peace-givers and people that distribute love and change throughout this city.” Snoop Dogg and The Game joined LAPD Chief Charles Beck and Los Angeles’ mayor after a march to police department headquarters. Annette Arreola reports for the NBC4 News at 11 a.m. on Friday July 8, 2016. (Published 2 hours ago)

The rappers said they planned the walk not knowing it would coincide with the graduation, but the ceremony gave their message more significance.

“This is even better because now these students that are about to hit the streets can know that there is some sort of dialogue going on and they don’t have to be fearful,” Snoop Dogg said. “And they can do their jobs and know that when you stop somebody you’re a conversation away from sending them home or taking them to jail, but the conversation is key.”

“We all represent the same cause and we all want to go home to our families,” he added. “Today was a first step of many steps. We are here to show love and support to the police force in Los Angeles and get some understanding and communication, and we feel like this is a great start.”

It comes a day after a sniper attack killed five officers and wounded seven others at the end of a peaceful protest in Dallas. The demonstration was in response to the deadly police-involved shootings of Alton Sterling in Louisiana and Philando Castile in Minnesota.

The Game, Snoop Dogg Speak at at LAPD HQ Rappers The Game and Snoop Dogg joined LA Mayor Eric Garcetti and LAPD Chief Charlie Beck at a press conference Friday, July 8, 2016, following a march at the city’s police headquarters in reaction to the deadly shooting of five police officers in Dallas. (Published 5 hours ago)

The suspected shooter in Dallas, later identified as a 25-year-old North Texas Army veteran, was killed during a standoff with officers. Three other individuals were in custody in connection with the shootings.