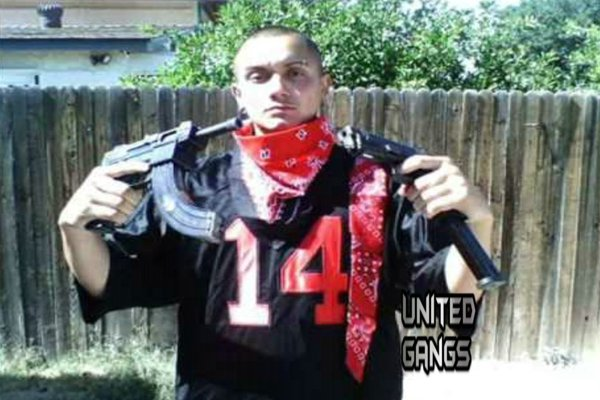 California man allegedly mistakenly shot and killed a member of his own gang who was wearing the colors of a rival gang. Andrew Chavez, 21, was arrested Wednesday on murder charges several days after police began investigating the death of Michael Sanchez in Madera, California, according to the Los Angeles Times.

Chavez reportedly shot and killed Sanchez,who was walking home from a bar while wearing the colors of a rival gang, “in cold blood,” the Madera Police Department told the Times. Sanchez and Chavez are both in the gang Norteno, which identifies itself with a red color. Police would not disclose what color Sanchez was wearing.

The 21-year-old Chavez was already on probation for evading police while carrying an AK-47 assault rifle, police said. He’s being held on more than $1 million bail and suspected of committing a criminal offense to promote a street gang.

“We would like to extend our condolences to the family of the victim,” police said in a statement to the Times. “I hope that the efforts taken by our officers gives some closure to the family as they grieve the loss of their loved one.