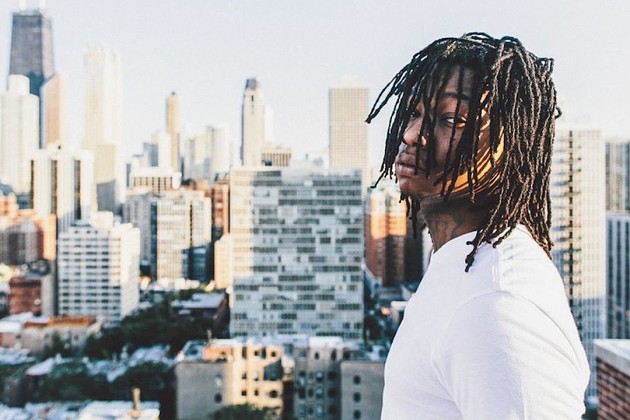 Chicago isn’t only famous for its prominent sport teams and the peculiar reinterpretation of pizza. The city also features in the list of the 15 most dangerous municipalities in the United States. With a population of almost 3 million people and a murder rate of 17.5 per 100.000, this settlement remains one of the deadliest in the country.

Following the eruption of World War II in Europe and the subsequent restoration of the American economy, the city’s population grew exponentially. Even before that, the prohibition era encouraged the birth of organized criminal associations. The Mob and smaller gangs of smugglers terrorized the inhabitants from within.

In an effort to combat overpopulation, plans for new housing projects were laid down and approved, with construction beginning as early as the mid-30s and the late 40s. Often characterized by poor living conditions and limited access to education and basic social services, these villages provided plenty of fertile ground for criminality.

Today, most of the projects within the territory of Chicago have been demolished. Others went through several modification attempts and still remain active. Without further ado, let’s see which areas you should avoid on your next trip to the largest city in Illinois.

Number 10: Cabrini-Green Homes
First built in the 1940s and undergoing additional expansion until the early sixties, the Cabrini-Green Homes were a set of state-provided lodgings in the northern part of Chicago. Perhaps one of the best-known locations in the area, this village often made the news due to the sheer violence perpetrated within its boundaries.

Several shootings of police officers, rapes, and other crimes took place here for most of the 70s and the 80s. Eventually, the Chicago Housing Authority decided, in 1995, to begin demolition of the whole area. As of 2011, only a short row of run-down buildings remains intact.

In recent years, the area was marked for renovation. The state’s goal is to create a mixed-income neighborhood. Residual criminal activities, mostly taking place in the few apartments that were left standing, seem to have slowed down the conversion process. The area remains dangerous, with locals occasionally reporting gunfire and thefts.

Number 9: Henry Hornet Homes
Dedicated to the Illinois governor going by the same name, this project was completed in the late fifties. The original plan included several high-rise as well as other multi-story buildings, for a grand total of roughly 1650 units.

Several gangs including the Blackstone Rangers, Gangster Disciples, and Four Corner Hustlers operated in the area. Residents of the Henry Hornet Homes often found themselves in the middle of violent battles, with shots being fired. A number of somewhat famous rapes and homicides also took place here between the 1970s and the 1980s.

Eventually, residents of this housing project grew tired of the unbearable living conditions and continuous danger. A group of them filed, in 1991, a class-action lawsuit against the city of Chicago and the local housing authority. They lamented issues with plumbing, lighting, and rodent infestations. Demolition began in 1995 and was completed by 2008.

Number 8: Stateway Gardens
Relatively close to the Robert Taylor Homes, in the neighborhood of Bronzeville, was the Stateway Gardens housing complex. Built in 1955 and offering shelter for over 3000 people, this project soon became a nest for criminal activity and fell under the control of several gangs.

According to a study, in 1984, Stateway Gardens was one of the poorest areas of the United States. Drugs and other illicit substances ran rampant through the streets of this neighborhood. In an effort to limit the damage, the city of Chicago formed a specialized police unit that would replace private security firms at various sites.

After several failed reorganization plans, the CHA eventually slated the complex for demolition. Work began in 1996, but some buildings were left standing until 2007. The site is now being converted to a mixed-income neighborhood, while sporadic violence still takes place in the area.

Number 7: Robert Taylor Homes
One of the housing complexes on the Dan Ryan Expressway, in the southern part of Chicago, the Robert Taylor Homes were built between 1961 and 1962. The project was dedicated to Robert Taylor, an African-American activist and board member of the Chicago Housing Authority.

The complex grew to become one of the largest in the country. At one time, 28 high-rise buildings offered up to 4415 lodging units. The Robert Taylor Homes project suffered from problems similar to those encountered in other housing initiatives: drugs, violence, and poverty. The Mickey Cobras and Gangster Disciples dominated its surroundings.

Following widespread crime – including the beating to death of a maintenance worker who collaborated with police – redevelopment plans were presented in 1993. The entire area, which underwent demolition from 1998 to 2007, is currently being repopulated as a mixed-income neighborhood.

Number 6: Ida B. Wells Homes
Still within the neighborhood of Bronzeville, on the south side of the city, the Ida B. Wells Homes were a complex of houses built for African-Americans. The original idea was to create a dedicated location for the workers who flooded the city in the late 30s and early 40s. The project was completed in 1941.

Following the second World War, the Black P. Stones soon claimed the territory as their own. One of the founding members of this group would later be killed at his house here. Shootings, violence, and the sale of narcotics became the norm. Photojournalist and Pulitzer winner John H. White would often visit the premises to snap pictures of the life of black Americans.

In 1995, the Department of Housing and Urban Development took over management of this complex and scheduled it for demolition. Work began in 2002 and was completed in August 2011.

Number 5: ABLA Homes
The ABLA Homes were a series of four separate housing projects on the west side of the city. The four complexes were built from 1938 to 1962. Throughout most of their lifetime, the 3596 units hosted more than 17000 people. Only a fraction of these, though, were officially living there.

Factions of the Black Gangster Disciples have been known to operate in the area. As with many other housing projects drugs, violence, trafficking, and a general disrespect for the law were an everyday issue at ABLA. A particularly notorious episode, the shooting of 52-year-old Ruth McCoy, took place here in April 1987.

Following the approval of a large revitalization plan for the area, most of the buildings at ABLA Homes were either demolished or converted between 2002 and 2007. The Roosevelt Square Plan aims at the construction of a modern mixed-income neighborhood.

Number 4: Rockwell Gardens
A handful of miles west of the Chicago Loop, covering part of East Gardfield Park, the area once known as the Rockwell Gardens housing projects can be found. This 1126 units complex rose by the end of the 1950s. Both federal and state funds were used to finance its construction.

While life here had been peaceful for most of the 60s and the 70s, the area was involved in the City of Chicago’s Operation Clean Sweep. A joint effort carried out by both local police and several government agencies, this operation eventually led to plans for the redevelopment of multiple state-provided homes.

Demolition and rebuilding began in 2003, with the last building hitting the ground in 2006. The city intends to establish 750 modern housing units, a fraction of which have been reserved for tenants who were already served by the CHA.

One of the oldest in the city, this housing project was the subject of several modernization attempts. In the 1980s, briefly after asbestos was officially labeled as a hazardous material, local community leaders and residents advocated its removal. The event is described in ex-president Barack Obama’s book Dreams From My Father.

Today, gang violence remains a problem in both Altgeld Gardens and its surrounding neighborhoods. Members of the Black Disciples, the Gangster Disciples, and the Black P. Stones – encouraged by the lack of a proper police force in the area – use this complex as their base of operation.

Number 2: Julia C. Lathrop Homes
Much smaller than its counterparts on the Western and Southern sides of the city, the Julia C. Lathrop Homes complex sits between the Lincoln Park and North Center neighborhoods. Construction of the 925 units began in 1937. As of February 21st, 2012, this location is marked as a historic place of interest.

In 2006, the Chicago Housing Authority proposed a plan to demolish and rebuild the entire structure. Given its historical significance, residents opposed these designs and pushed for modernization instead. Eventually, a deal was reached: the complex would be renovated as environmentally-friendly housing.

Despite the efforts to keep this area safe, the Julia C. Lathrop Homes recently fell victim to a pretty severe spike in violence and crime. The Latin Kings, who still dominate the area, control the traffic of narcotics, weapons, and other illicit items. Gatherings of gang members and confrontations are also a common sight.

Number 1: Dearborn Homes
Dearborn was yet another housing project built to give the growing African-American population a place that they could call their own. Construction began in 1949. The original designs included 800 units, but only 660 remain after renovation. This is also one of the only two State Street Corridor projects that still exist.

In the early 1980s, the territory was administered by several criminal organizations. Primarily, the group known as Mickey Cobras controlled the sale of narcotics and the life of most residents up until the 2000s. In 2006, multiple people died from overdose when a strengthened variant of heroin made its way into the houses. 30 gang members would then be taken into custody.

Dearborn Homes remains one of the most dangerous places within the city of Chicago. In August 2013, multiple shootouts erupted across the complex. Two men found their death, while 14 more were wounded.

These were the 10 all-time most dangerous housing projects in Chicago!
Have you ever had the chance to walk through some of these locations? Have you heard stories and testimonies about the life in such complexes?