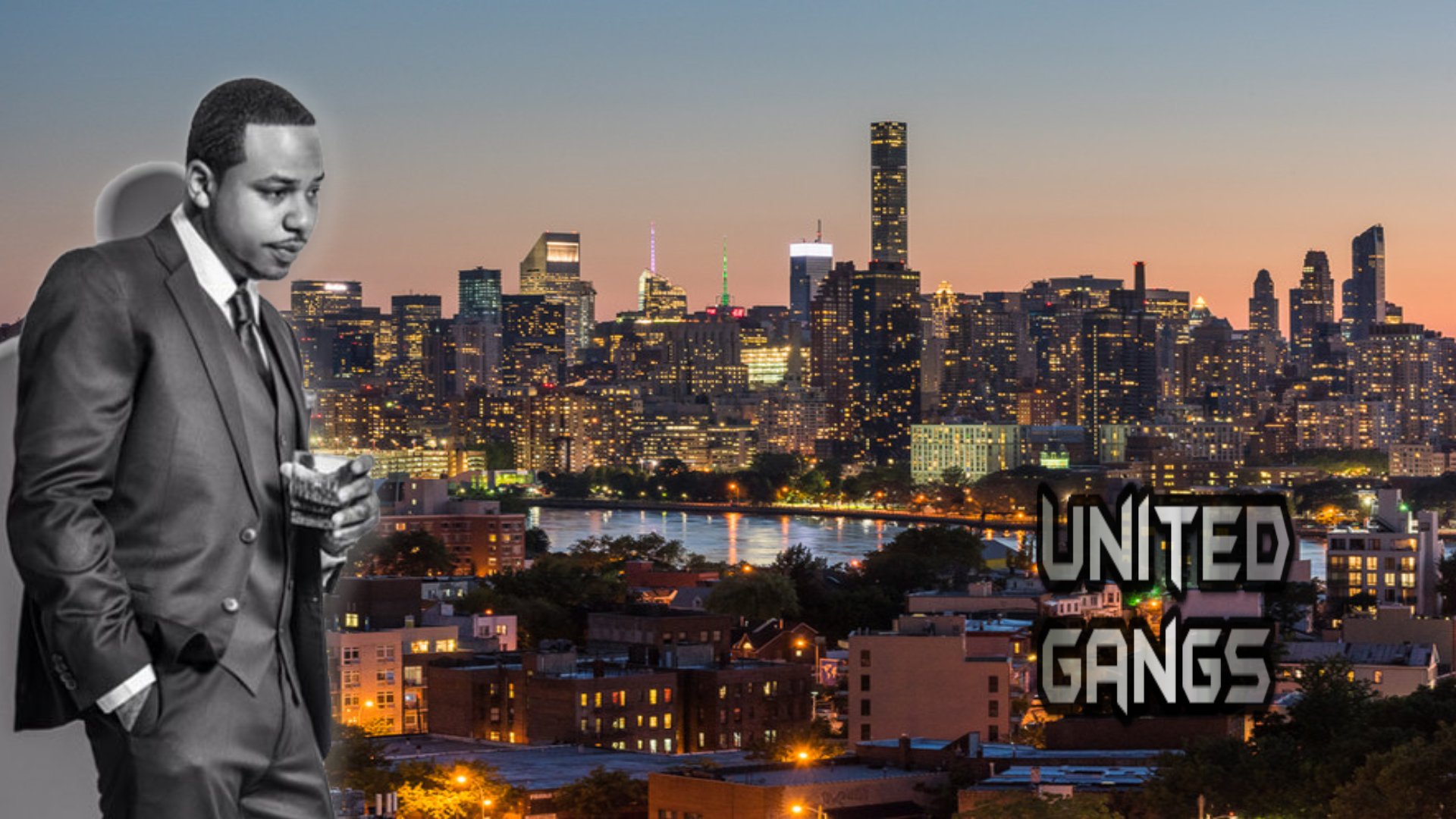 When travelers think of the New York borough of Queens, their minds often picture the colorful skyline of Long Island City. Here, modern-looking high-rise buildings shine their reflections upon the surrounding waters. The Queensboro Bridge offers a quick way into Manhattan, allowing an average of 140 thousand vehicles to pour into the inner city every day.

Queens isn’t only that, though. This location has long been a popular destination among immigrants. Factories, start-ups, and other exciting job opportunities attracted thousands of foreign workers throughout the last 50 years. Today, one of the largest Chinese American communities in the United States resides within its borders.

As usual for the city that never sleeps, low and average-income families have progressively been hoarded into specific buildings and neighborhoods. The borough featured a good number of public housing projects, several of which are still in use.

For this article, we compiled a list of the 10 most dangerous complexes within the area of Queens, in New York City. If you happen to find yourself there, you should keep an extra eye out for your own safety!

Number 10: Queensbridge Houses
The largest state-provided housing complex in North America, the Queensbridge Houses were officially completed in 1939. Comprising a total of 3142 units, these projects managed to provide comfortable and reliable lodgings to working-class families for most of World War II.

Things began to change when, in the 50s, management decided to move those earning a higher keep to a different location. This maneuver resulted in a large number of poorer black families moving in to fill the vacant units, turning the entire area into a mostly African-American ghetto.

Similarly to other neighborhoods, the Queensbridge Houses suffered from the increase in crime that hit the entire city in the early 70s. According to local sources, the situation seems to have gotten better since the beginning of the 21st century.

Number 9: Pomonok Houses
Located within the working-class neighborhood going by the same name, the Pomonok Housing complex is yet another famous project in Queens. Built in 1949, this place was designed as a self-sustaining center for those belonging to the International Brotherhood of Electrical Workers.

Prices here have always been relatively low, with some of the first families paying as little as 475$ per month. As the years went by, these projects were expanded. Healthcare and social facilities, as well as a police station, would soon be built in an effort to improve the precarious living conditions.

For much of the 20th century, this area has had to deal with constant crime. Shootings, robberies, drug operations, and other gang-related activities would be the norm up until the early 2000s.

Number 8: Ravenswood Houses
Traveling down 21st Street, in the north-western part of the borough, a series of low buildings surrounded by parks and recreational areas can be found. The group of gray-brown houses is best known as the Ravenswood Projects, one of the remaining NYCHA facilities in the area.

While not as famous as other housing initiatives in New York, Ravenswood still plays its part in putting a roof over the head of several low-income families. The atmosphere here is one of hope, but also one of unrest and constant worrying.

In an effort to fight crime, the New York police department created a special task-force whose only job is to patrol the area. After much debating about whether this unit should be re-purposed, it was decided in 2015 that officers would continue working alongside local residents at Ravenswood and at other projects throughout the city.

Number 7: Hammel Houses
Built in the early 50s and officially completed on April 30th 1955, the projects known as Hammel Houses are 14 6- and 7-story buildings providing tenants with 712 apartments. The complex is located on the Rockaway Peninsula and features a playground, a day-care center, and a community area.

Life at Hammel is tougher than in most other parts of central and lower Queens. In 2014, after years of political campaigning and protests, the city council finally allocated funding for a new set of surveillance cameras. This made the tenants’ day a touch better, but things are far from being acceptable.

“There’re still people using the stairwells and the elevators as toilets”, complained one resident while being interviewed by a local newspaper. The lady also highlighted how criminals used the complex to escape police and for other illicit activities.

Number 6: Astoria Houses
Their close proximity to the sea made the Astoria Houses famous when, in October 2012, Hurricane Sandy swept across lower Manhattan. According to FEMA, 8 of the complex’s 22 buildings were damaged, with more than 1000 people being affected. Repairs began in the second part of 2016.

Tenants didn’t lose hope, though. Despite the frequent crimes, including people being shot in broad daylight, some of the occupants came together and founded help groups for the less fortunate. One prominent character, Renée Edwards, told journalists of her experiences in Astoria in 2017.

“I’ve lived here all my life and some of my children still do”, the aging black woman told her interviewer. Life is dangerous and the threat of being killed – either on purpose or by mistake – remains, but some of the occupants make do with a smile on their faces.

The brainchild of then-mayor La Guardia, this complex was to provide 3000 families with improved housing. The project was completed in 1940 and would eventually be expanded in the early 50s.

The South Jamaica Houses still suffer today from the effects of the national crack epidemic that hit most of the United States in the 80s and the 90s. The Corley Gang and the Supreme Team still use this area as a base of operation for their illicit activities. Arrests and police raids take place on a weekly basis.

Number 4: Woodside Houses
With two distinct police precincts operating in the area, the Woodside Houses complex doesn’t seem as dangerous as other NYCHA facilities. Some of the residents describe this place as a pretty safe one, never failing to highlight its proximity to schools and social services buildings.

Nevertheless, police officers often have to deal with gangs and drug-related activities. In 2012, a major drug raid led to the arrest of as many as 41 people. While visiting these projects, undercover agents managed to purchase more than 150 doses of crack, heroin, and marijuana. Cash, handguns, bulletproof vests, and handcuffs were also seized.

Today, several groups still call this place their home. Gangs selling PCP within the complex make millions of dollars a year. The drugs often end up in the hands of children and teenagers, who then use schools and parks as distribution centers.

Number 3: Redfern Houses
The Redfern Houses were yet another of the NYCHA complexes to suffer from the passage of Hurricane Sandy in 2012. For months, tenants reported the lack of hot water, heat, and other basic services. It took the city 14 days to restore power to all of the apartments.

That wasn’t to be the only problem these projects would have to go through. More recently, in 2016, police found themselves going toe to toe with members of the Rowdy Boys. The local gang, now partially dismantled, is believed to be responsible for several shootings and for the sale of illicit substances.

Number 2: Edgemere Houses
The neighborhood known as Edgemere was once a sandy waste, with only a handful of houses littering the otherwise unaltered landscape. Following government plans for the requalification of this area, the Edgemere Housing projects were built.

These government-provided units remained in an abysmal state for most of the 50s and up until the early 90s. Rodents, flickering lights, gang-related violence, and drugs trafficking would characterize an area where residents were scared for their children’s future.

As the 21st century came about, things only got worse. In 2004, a 15-year-old girl was caught in the middle of a shooting between rival gangs. The young Edgemere resident was hit by a stray bullet and spent three days at the hospital. “We can’t even walk through the neighboring projects, it’s always been like that”, she said during an interview.

Number 1: Baisley Park Houses
Located in South Jamaica, the Baisley Park Houses are a complex of five 8 story buildings completed in 1961. The projects house an estimate of 1050 people and have long been under the control of the Supreme Team gang.

It is not uncommon for anyone walking through the area to witness a shooting or a police operation. During one of such clean-ups, in 2016, officers shot and wounded an armed ex-convict who had barricaded himself in one of the apartments. The man was then successfully arrested.
Baisley Park also made it back to the news in May 2013, when a young girl was shot and killed while riding a bus. 14-year-old D’aja Robinson, who had just left a friend’s birthday party, was struck in the head when a gang member began firing his weapon while in the same vehicle.

This was our list of the 10 housing projects in Queens that you should avoid!
Have you ever had the chance to walk through some of these locations? Know some stories or first-hand testimonies about the life in a public housing complex?