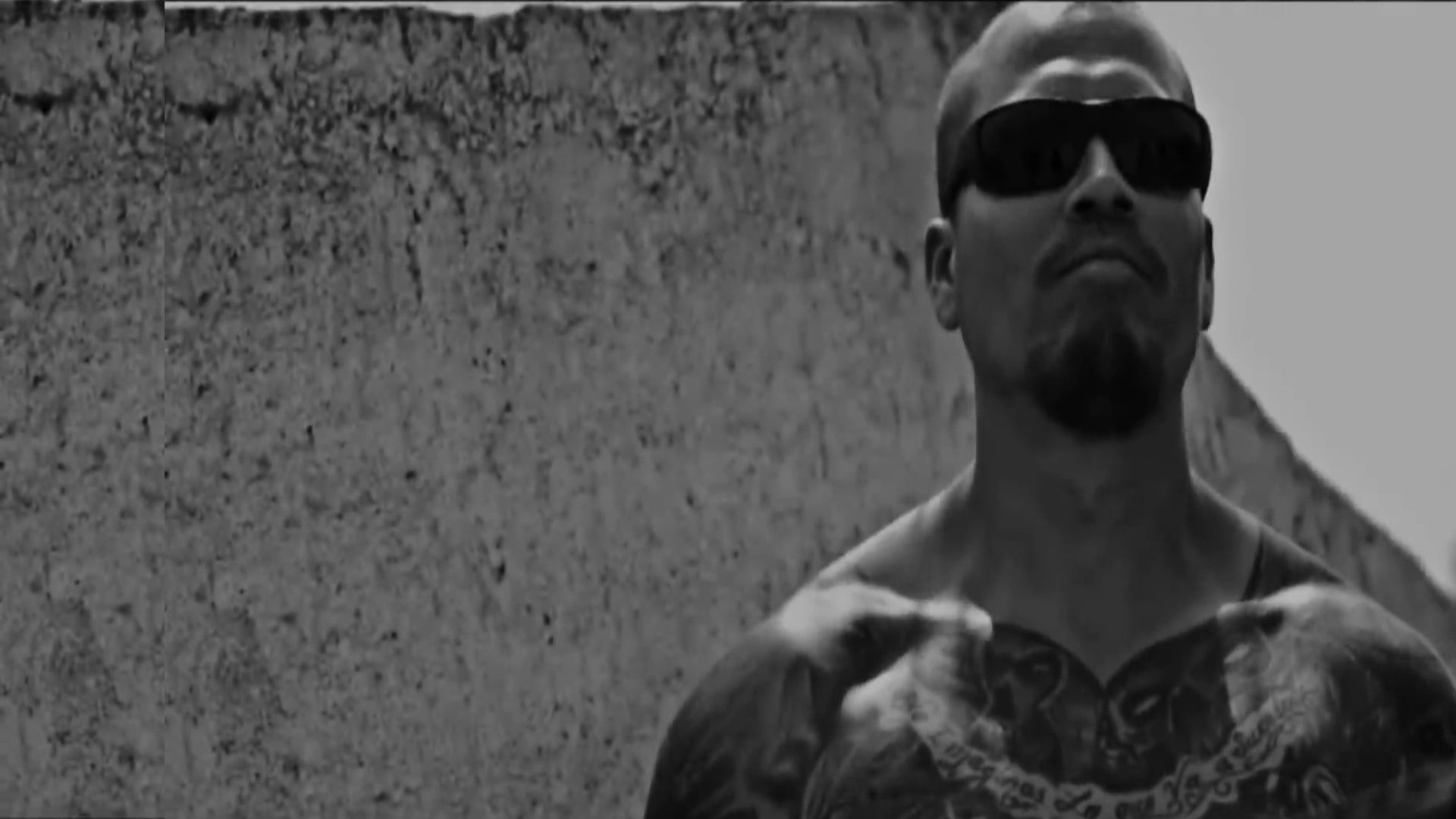 The Nuestra Familia is one of the most famous Chicano prison gangs in the United States. With thousands of members across the US Federal Prison System and a strong presence in most of the country, this group is both feared by the public and despised by law enforcement. Its name roughly translates to Our Family and summarizes well the gang’s structure: multiple cells with the orders coming from up top.

Although the criminal enterprise’s influence now extends well beyond the walls of any penitentiary, giving them almost total control over the trafficking of narcotics in jail, not everyone has always bowed their head to the Nuestra Familia. In fact, ever since it was founded in 1968, the organization clashed with several other cliques.

Today, we’ll look at five gangs that defied the Nuestra Familia and fought to survive while in prison. Let’s get started!

Number #5 – The Aryan Brotherhood
As desegregation began to take place all across the federal prison system during the early 1960s, many of the inmates decided to join forces along racial lines. Rather than to uphold a sense of supremacy, this was primarily done to ensure that prisoners belonging to the same group could protect themselves from the attacks perpetrated by other ethnicities; with whom they were now forced to share the various correctional facilities.

Founded in the latest part of the 1950s in the Saint Quentin State Prison in California, the Aryan Brotherhood is arguably one of the most infamous neo-nazi gangs of the United States. Ever since its inception, the criminal enterprise has been known for its modus operandi and for the paramilitary doctrine imposed upon its members.

Albeit smaller than other cliques, with only about 300 full-time affiliates according to police sources, the Brotherhood owes much of its fame to the brutality that characterizes them. Curiously, this criminal group has also enjoyed plenty of attention from the media over the years and is often portrayed in movies as well as TV series and books; a development that some believe could have aided the gang’s recruitment efforts.

The feud between the Aryan Brotherhood and the Nuestra Familia dates back to the seventies, when the Chicano gang first sided with the Black Guerrilla Family; one of the Brotherhood’s sworn enemies. Even 40 years later, the conflict between these two associations still plays a large role in defining the mentality of the neo-nazi group. Upon joining the Brotherhood, for example, most initiates are selected based on their willingness to execute an African-American or Hispanic prisoner.

Number #4 – The Mexican Mafia
Also founded within the American prison system, the Mexican Mafia – otherwise known as La Eme – is another Mexican-American criminal super-group active throughout the US. Inmates identifying themselves as members of the Mexican Mafia have been recorded in a majority of the country’s correctional facilities; as well as in other prisons in both America and Europe.

Although police sources put La Eme and the Nuestra Familia on the same level, this might be a rather reductive approach. On the contrary, the two organizations essentially work in a very different way and pursue divergent objectives. While the latter focuses mainly on narcotics and extortion, the Mexican Mafia specializes in contract killing, homosexual prostitution, and human trafficking.

The rivalry between the two started in 1968, when a member of La Eme allegedly stole a pair of shoes from an inmate affiliated with the Nuestra Familia. The victim of this petty crime eventually retaliated, sparking a series of incidents – many of which were probably violent in nature – that irremediably worsened the relation between the once neutral Hispanic gangs.

Although this story sounds more like prison banter than an accurate recollection of the events that took place at the Deuel Vocational Institute, where both groups first saw the light of day, the gang war involving La Eme and the Nuestra Familia is widely considered one of the longest in the US. The two groups remain in a state of conflict to this day, often relying on smaller cliques and street organizations to settle their scores both inside and outside of prison.

Number #3 – Fresno Bulldogs
Arguably the biggest street gang in Central California, with an estimated 12000 members scattered throughout the city of Fresno, the Bulldogs didn’t always operate in the open. Their legacy goes back to the mid-60s, when the group was a prison gang known as the F-14. Its members maintained a lucrative partnership with the Norteños and considered themselves a part of the Nuestra Familia.

The situation, however, would shift in the mid-80s. By then, internal disputes and diverging interests had turned former allies against each other. A violent conflict between the then still F-14 and the Norteños forced the gang to break off from the Nuestra Familia; whose leaders had decided to side with the largest among the warring factions.

Ever since their newfound independence, the F-14 adopted a new name, call signs, and apparel; with its affiliates eventually identifying themselves as the Fresno Bulldogs. Throughout most of the 90s and the 2000s, the Bulldogs gradually moved from the US prison system to the streets of Fresno. Members of the gang, however, have also been sighted in the rest of California as well as in neighboring states.

Even today, the Fresno Bulldogs continue to be one of the few fully independent gangs in the United States. The group never mended the wound with the Norteños nor struck a deal with their foe’s nemesis, the Sureños. Nevertheless, the Bulldogs have managed to gain plenty of notoriety over the years and foil multiple culling attempts by the local police department.

Both within the city from which they take their name and its surroundings, members of the Fresno Bulldogs work in smaller cell-like groups; often employing collaborators to avoid being caught. The gang remains well known for its role in the distribution of narcotics, but affiliates have also been accused of other crimes including extortion, armed robberies, and murder.

Number #2 – Northern Riders
That of the Northern Riders is a story that would be the perfect plot for an action-packed Hollywood movie. One of the many cliques born within the Deuel Vocational Institute in Central California, the criminal group was apparently a natural response to the rigid set of rules that govern the Nuestra Familia.

By the turn of the century, the Nuestra Familia had established itself as the most prominent among the prison gangs at Deuel. The Chicano criminals ruled with an iron fist, however, often imposing strict limitations to its members and continuously harassing the other prisoners. This had led to tensions within the correctional facility, with several violent incidents and confrontations.

The legend tells of how the gang was officially born when its founder stepped into a Nuestra Familia-controlled yard and began fighting multiple of its leaders at once. And while no proof exists of this fight, the story still gives us an idea of the values upon which the Northern Riders were built. According to several police reports, the Northern Riders could be described as a drop-out gang, whose members are recruited with the promise of a rules-free environment in which they will have to answer to no-one.

Although the Riders have grown to include more than 1200 members, today little is known of their activities within the US prison system. The gang operates as a network rather than following a specific hierarchy, however, a choice which puts a lot of the decisional power in the hands of each affiliate instead of those of a boss.

Number #1 – Sureños
A conglomerate of precariously affiliated gangs, held together by a flimsy net of alliances, the Sureños have been the spiked fist of the Mexican Mafia ever since their creation in 1967. Throughout most of its existence, this large organization maintained strongholds in most of the United States. Its members also operate in Mexico as well as in several countries throughout Europe and South America.

Having sworn allegiance to La Eme, the Sureños have always been in a war with the Norteños and other parts of the Nuestra Familia. The structure of this criminal group however – in which the various cliques still retain a lot of individual power – has sometimes also led to internal disputes. Conflict between different gangs, both of which identify as Sureños, remains a common occurrence on the streets.

Nevertheless, Sureños must drop these rivalries the moment they step into a correctional facility in order to fight their common enemy. Any affiliate that enters the US prison system no longer belongs to their original clique and directly takes orders from the Mexican Mafia. This allows La Eme to mount a united front against the Nuestra Familia and ensure its associates are safe while serving their sentences.

Outside of the federal correctional system, each of the smaller gangs that make up the Sureños retain their independence. As in most criminal groups, these criminals earn their keep through all kinds of unlawful actions, from the sale of drugs and human trafficking to petty robberies.

This was our list of the 5 gangs who defied the Nuestra Familia.