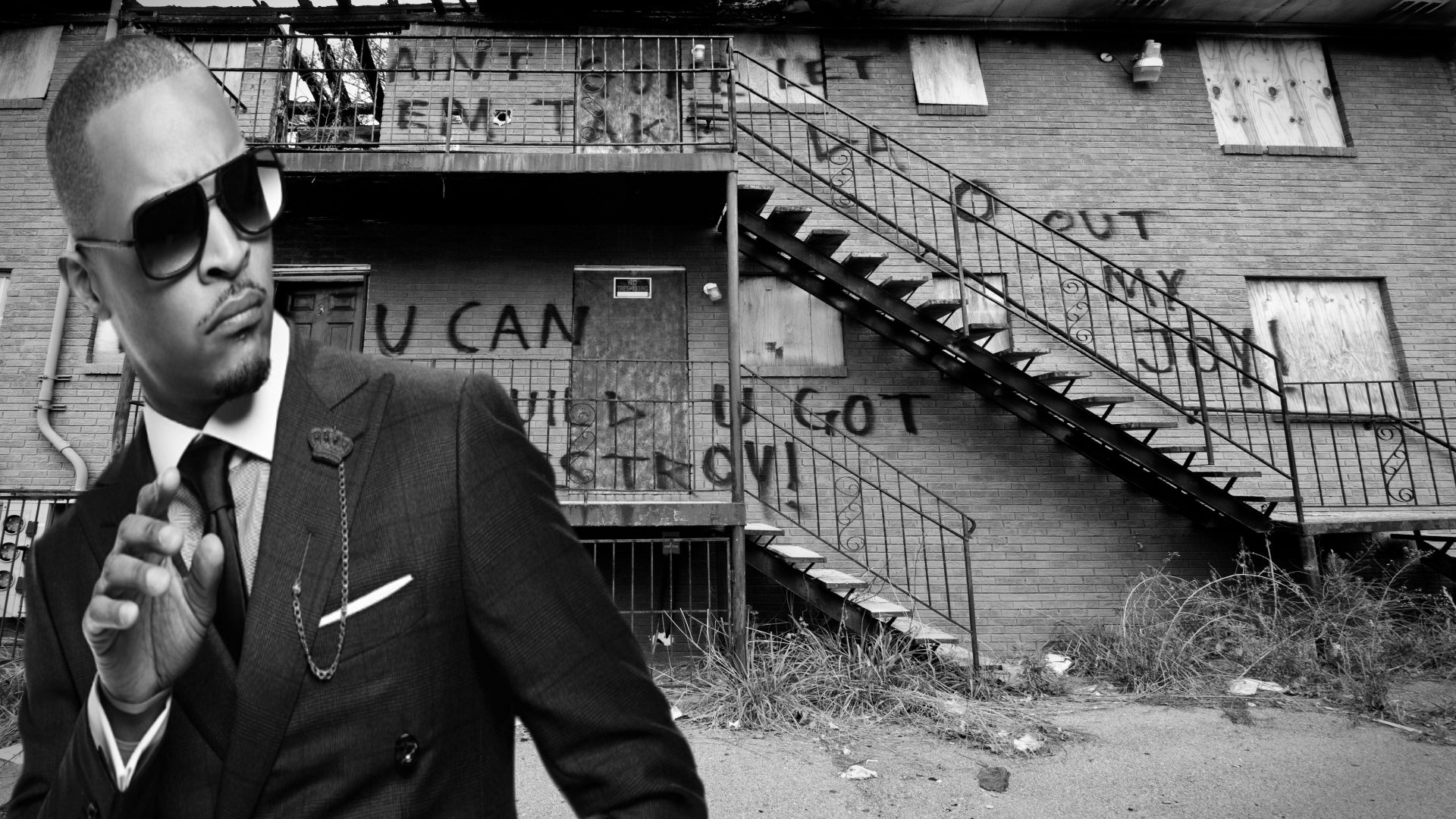 The city of Atlanta is one of the cradles of American culture. It played a major role during the civil war and kept expanding ever since. The capital of Georgia became an industrial hub in the 1900s and was one of the biggest centers for the American Civil Rights Movement, with leaders such as Martin Luther King Jr. sweeping the crowds away. By the turn of the century, Atlanta remained a sprawling metropolis.

But Atlanta is also famous for its public housing, most of which was eventually demolished throughout the 90s. The stories of crime and violence within these projects filled the pages of newspapers for the last 5 decades, putting fear in the minds of those living nearby.

So, today we want to go back to those times and find out what made these buildings borderline uninhabitable.  These are the 9 most dangerous housing projects in Atlanta. Let’s get to it!

Inaugurated in 1971, the East Lake Meadows was a large housing project in the eponymous neighborhood of East Atlanta. Due to the high number of murders within the complex, the entire area had already been labeled  “Little Vietnam” in 1972; a moniker that the press grew quite accustomed to in the following years.

But life at East Lake Meadows had been harsh since the very beginning. Poor craftsmanship and high upkeep soon turned the project into a shanty town. Nearly all residents had at least a weapon and drug dealers were rumored to be selling their products out of ice cream trucks or right in the open on the streets.

Violence and petty crimes – paired with slow police response – plagued this location up until its demolition in the early 1990s. A new housing complex has been built here, with a total cost for the city of about 172 million dollars.

Envisioned as the solution to the lack of housing that was plaguing the easternmost part of Atlanta in the early 1900s, the Techwood was completed in 1936. Clark Howell Homes, on the other hand, would only see the light of day in 1941. The new buildings replaced a slum known as Tanyard Bottom and most of the apartments included running water, a bathtub, and even a garage.

Over the course of the next two decades, Techwood and Clark Howell virtually merged into a single project. At the same time, however, living conditions within the complexes plummeted. The gradual arrival of lower-income black families following desegregation, as well as a general lack of interest from the authorities slowly turned the area into yet another slum.

Techwood homes would eventually be demolished before the 1996 Olympics. Clark Howell Homes, however, were reabsorbed and now make part of a new mixed-income area known as Centennial Place.

Built on top of a former landfill, Bankhead Courts was one of the many projects that have been erected following the city’s growth in the 1970s. Almost immediately after its inauguration, the tenants at this project began to complain about the apartments, which were poorly built and reportedly faced frequent issues.

Throughout the site’s existence, the population at Bankhead Courts was also one of the youngest in the city. According to reports, more than 1000 of the inhabitants were below 19 year-old and 98% of the households were run by a woman. This might have been due to violence in the area, which often claimed the life of one or both of a child’s parents.

Bankhead Courts was eventually demolished in 2010, with the city planning a re-qualification effort for the entire area. Almost 10 years later, however, development is yet to begin. Those visiting the area will find long lines of barren houses, with rubble and other trash littering the streets.

Completed in 1964, Bowen Homes was a large complex of apartments on the west side of Atlanta designed to accommodate up to 650 families. Unlike other projects in the area, Bowen Homes also featured public buildings such as a school, a library, and other amenities.

What this area owes its popularity to, however, are the celebrities that were born within its premises. Several successful musicians, including rapper Shawty Lo, grew up in the project and the words Bowen Homes appear in many popular songs.

Shortly before the complex was set to be dismantled, five young men were shot and killed in one of the apartments. This attracted the attention of the Atlanta Housing Authority, the members of which would eventually send in the bulldozers in June 2009.

Designed exclusively for African Americans and completed in 1941, the Herdon Homes were a public housing project in North-East Atlanta. The complex was intended to house about 600 of the thousands of black families that flocked to the city before and during World War II.

The population in most of Herndon Homes remained African American for a long time, even after desegregation came into effect. The tenants would often complain about poor living conditions, lack of basic services, and a general lack of safety that characterized their daily lives. Despite that, the project was used to film the movie Lottery Ticket starring Keith David in 2010.

When the Atlanta Housing Authority decided to renovate the complex in 2009, many of the tenants were promised that they could move back as soon as the work was done. To this day, however, the renovations are yet to start.

Completed in the mid 1960s, Thomasville Heights was one of the projects that the Atlanta Housing Authority had built in the south-western part of the city. The complex, which was part of an effort to reduce homelessness and provide affordable housing throughout Atlanta, included about 350 apartments.

The Thomasville Heights projects first attracted the attention of the media in the 80s, following a streak of murders that left 28 black children dead. The project’s infamy grew even further in the 90s, when police officer Niles Frederick Johantgen was assaulted and subsequently shot while performing a drug-related arrest.

By the time Thomasville Heights was demolished, its stories had left a mark on all Atlantans. Tenants would often talk about shootouts taking place in the streets and many considered the entire area a twisted sort of hell on Earth.

Ever since its inception in the late 40s, Perry Homes had been envisioned as one of the largest all African-American housing projects in Atlanta. The complex was finished in the mid 50s and could house up to 1100 black families. Some of the houses would eventually be demolished in 1975, when a hurricane wreaked havoc through the area.

For most of its existence, the Perry Home housing project was considered one of the most dangerous in Atlanta. Even after desegregation, several newspapers often spoke about violent murders, with dismembered victims and ransacked houses. On top of that, shoddy living conditions and petty crime were also extremely common problems for the families living here.

As per the Atlanta Housing Authority’s plans to demolish all of the city’s housing projects, 1,072 of the about 1100 apartments in Perry Homes were torn down in 1999. A new mixed-income neighborhood, known as West Highlands, was built where the project once stood.

Forest Cove Apartments, the same that was built on top of Thomasville Heights, is one of Atlanta’s most recent mixed-income neighborhoods. The complex was inaugurated in the early 2010s but is already considered an unpleasant place, one that locals wouldn’t suggest you spend a lot of time in – especially if you’re an outsider.

The tales of crime within the Forest Cove Apartments are too many to count. A few years ago, a one year old boy took a bullet to the arm during a shootout between rival gangs. And in 2018, another shootout that took place during a vigil left several dead and scared the entire community.

Albeit newer than others on the list, the Forest Cove Apartments remain one of Atlanta’s most dangerous neighborhoods.

At first, the story of Grady Homes seems one about success. Built in the early 40s on top of an old slum, this housing project was supposed to house about 500 African-American families. The new tenants immediately fell in love with the neighborhood and organized a small but tight community, with families offering daycare and others working together to maintain the entire complex.

Things turned for the worse in the 80s, when the city began to cut a part of the founding dedicated to housing projects. Quality of life in Grady Homes quickly dropped and crime skyrocketed. The change was so radical that it forced some of the families to move. Those that remained, lived in fear as the cocaine pandemic spread through the units and dealers became a common sight in the complex.

After decades of crime, the Grady Homes were eventually demolished by the turn of the century.