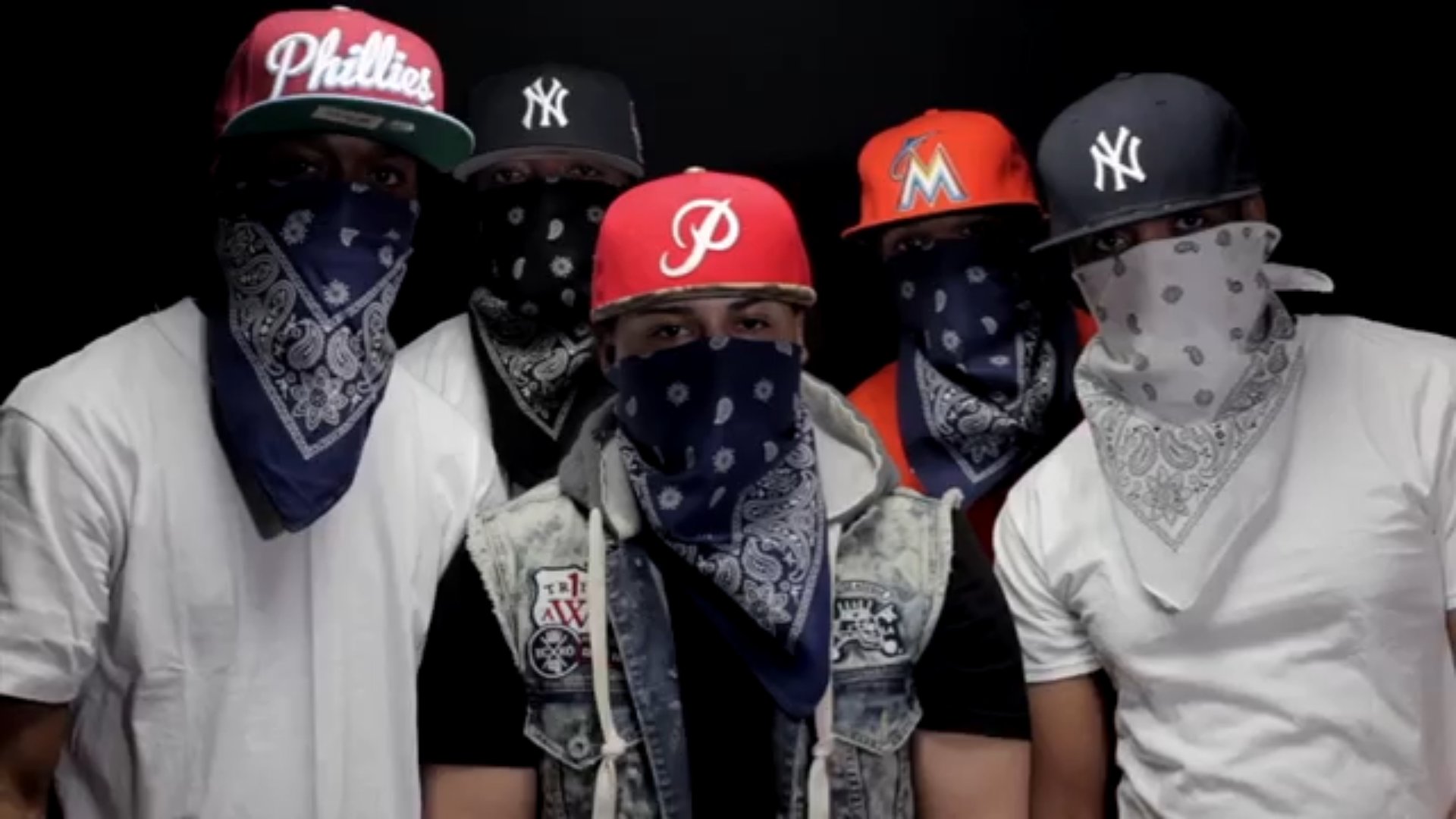 Despite the efforts of both local police and nation-wide agencies, gang violence remains a big problem in the United States. While many of their former members are now in prison, countless organizations still inhabit all major urban areas. And, to represent their groups, affiliates often choose to wear specific colors or clothes.

As a result, in some parts of California, sports hats have become more than just a fan-favored souvenir. Cliques belonging to both the Crips and other criminal enterprises that operate within the state have adopted these items as their unofficial flags.

For today’s video, we walk the streets of one of California’s most iconic cities. Here are 9 teams whose hats you should never bring along if you’re planning to visit Long Beach. Let’s get started! 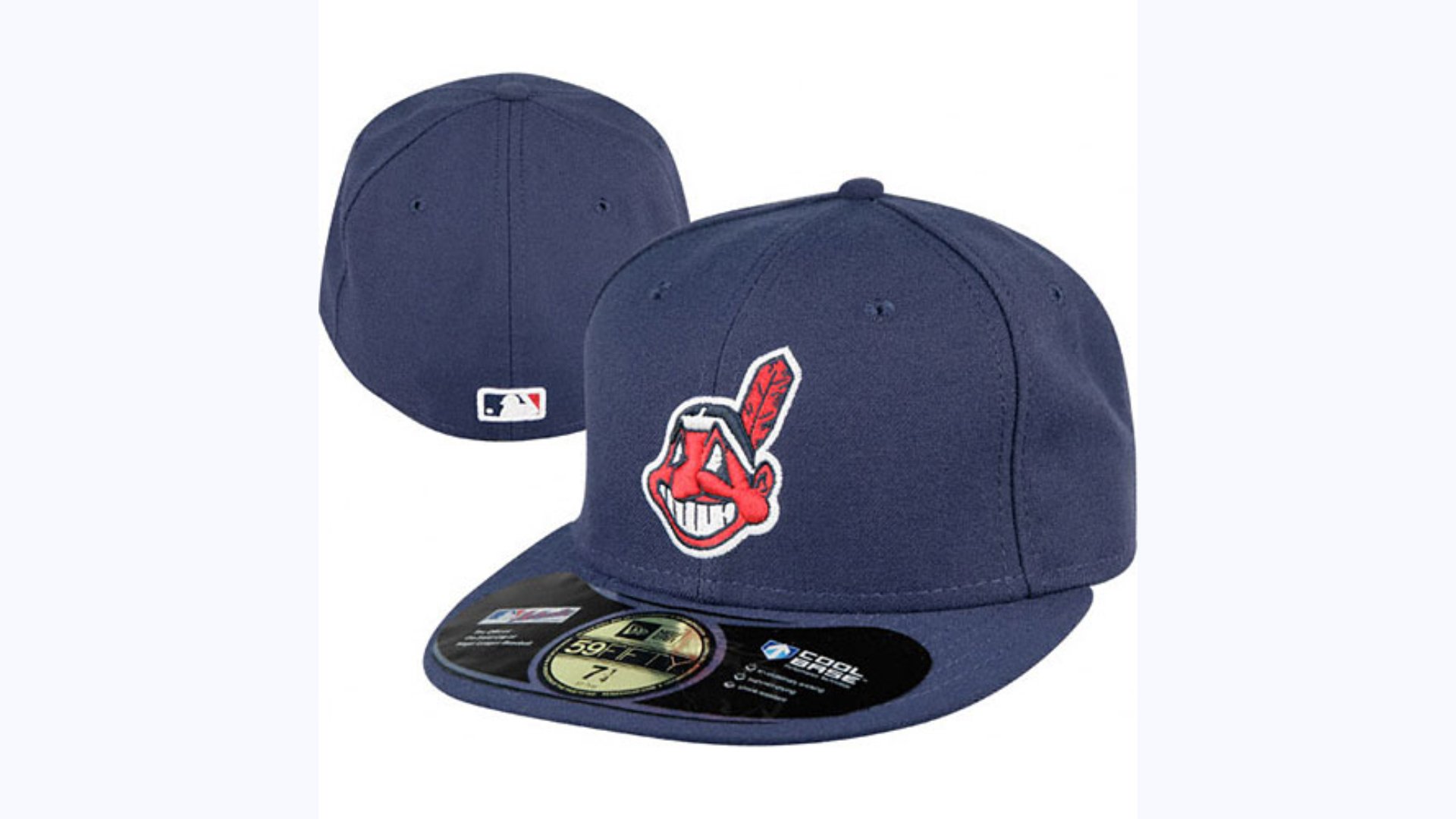 Despite being one of the three groups that make up the Insane Crips, the Baby Insane Crips have decided to use the logo of the Cleveland Indians – not that of the Oakland Raiders – to represent their gang. The baby Insanes have only been founded in the 90s and are one of the youngest criminal associations in the city of Long Beach.

Although their name might hint at a more inexperienced crew, members of the Baby Insane Crips have been at the center of several high-profile crimes in the past. Throughout the early 2000s, Long Beach police often clashed with the gang. In one specific operation, for instance, the task-force in charge served 32 search warrants and arrested 11 criminals. By the end of the raid, police had also seized guns, drugs, and a speedboat worth over 50.000 dollars. 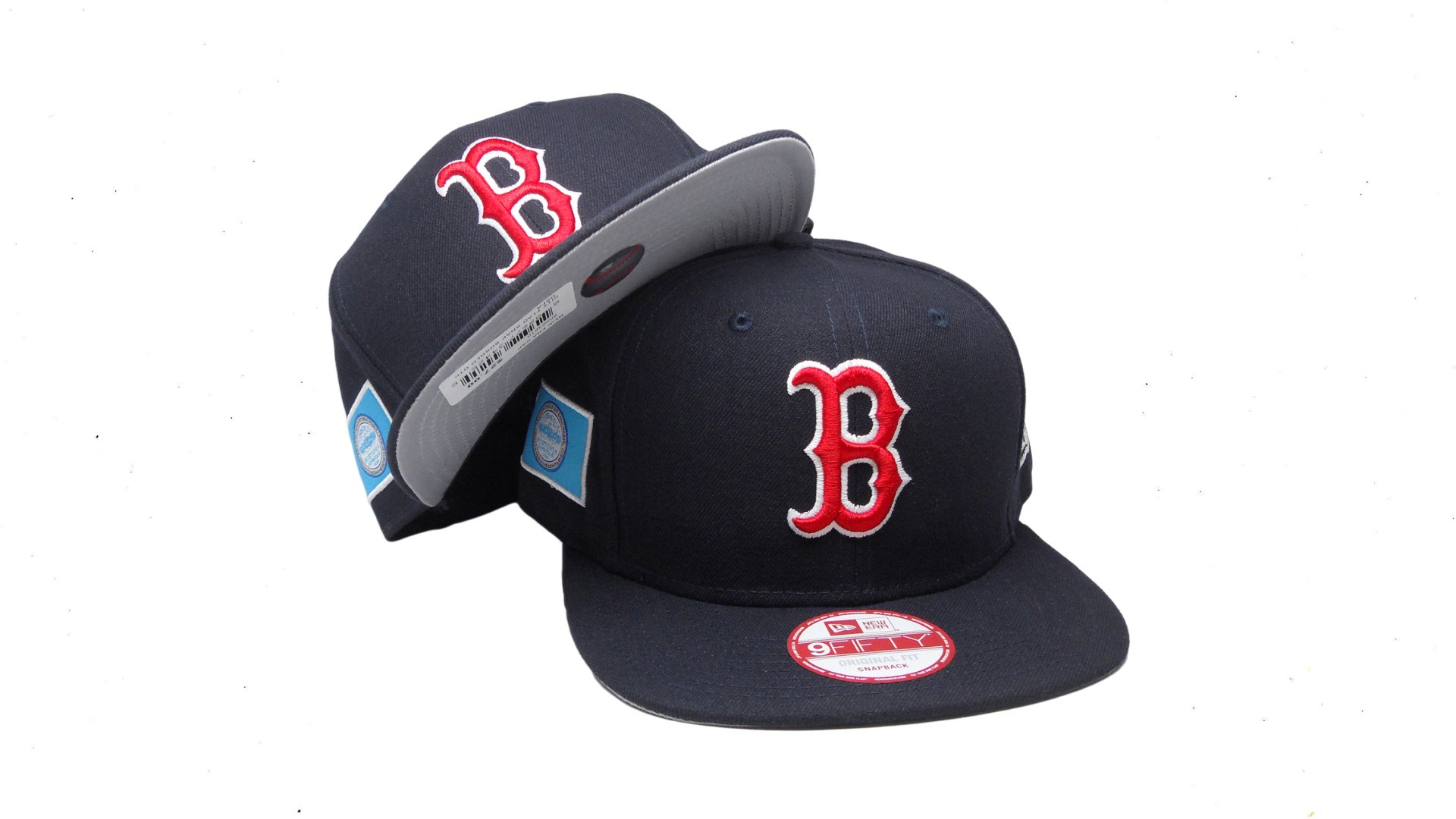 Yet another member of the large Crips criminal family, the Boulevard Mafia Crips are an African-American gang active primarily in northern Long Beach. The set was founded in the 80s – a sub-product of the crack epidemic that plagued the poorest neighborhoods of California. More recently, members of this clique have elected to use the Boston Red Sox logo as their own and can be easily spotted wearing hoodies, shirts, and hats featuring the iconic red B.

As part of the Crips, criminals with the Boulevard Mafia were often involved in a series of violent killings and other criminal activities throughout the last 30 years. Internal disputes are also extremely common among the Crips. Most notably, the Boulevard Mafia has a strong alliance with the Mac Mafia Crips – who also claim north side – but considers the South Side Compton Crips a mortal enemy. This rivalry dates back to the 1980s and is likely territorial in nature, as both cliques are located between Long Beach and Compton. 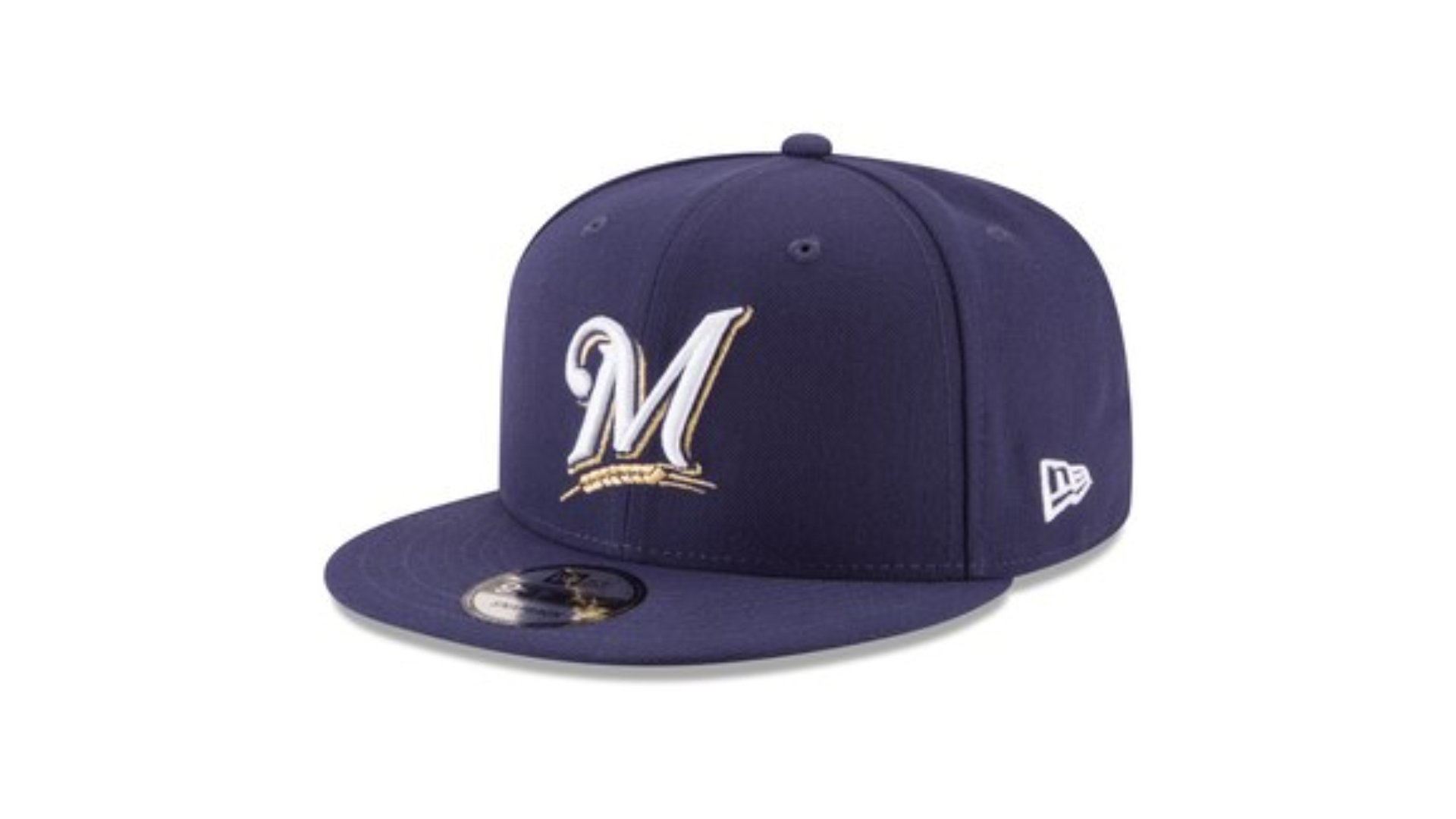 One of the several gangs affiliated with the Crips, the Mac Mafia Crips often uses apparel and gear featuring the Milwaukee Brewers baseball team’s crest. This criminal group was founded within the northern region of Long Beach and their members still claim north side as their original neighborhood. The gang grew in the past decades and remains one of the largest that operate within the city.

In recent years, some members of the Mac Mafia Crips and their exploits repeatedly gained the attention of the news. In 2006, it was reported that one Roderick Milner had shot and killed a local resident in front of their mother. In the same year, the gang was again mentioned in correlation with the murder of Serena Williams’ half-sister Yetunda Price.

According to reports, the girl was shot in the back of the head when a group of gunmen armed with AK-47 rifles assaulted an SUV in Compton. These stories and the continued presence of Mac Mafia Crips members throughout Long Beach make this gang a particularly dangerous one. 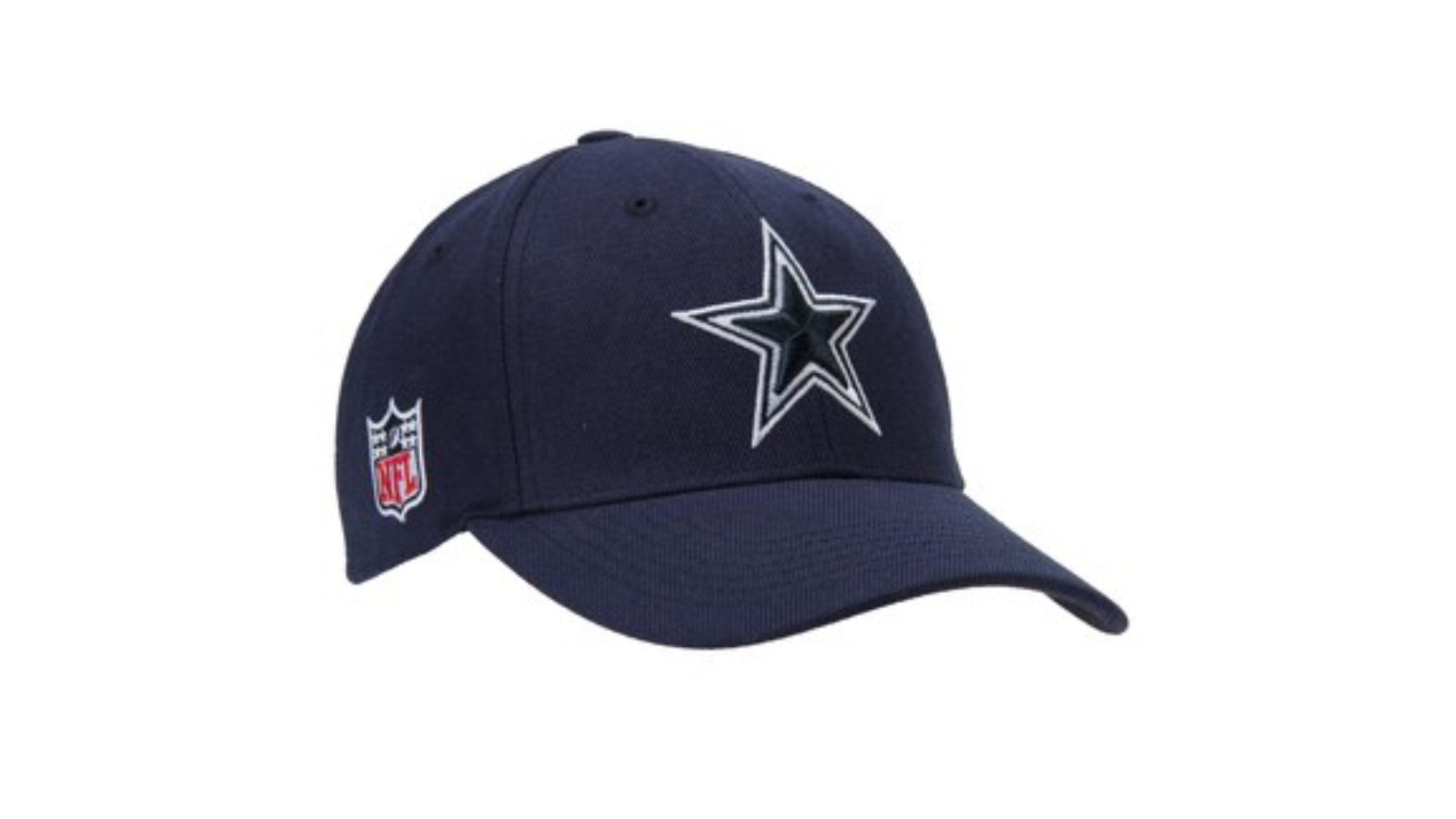 Among the many criminal groups that use sports clothes to represent their clique, the Rollin 80s West Coast Crips can be easily recognized from the Dallas Cowboys insignia on their hats. This gang, which used to be one of the most prominent ones in Long Beach in the 80 and 90s, was the second to become the target of a permanent gang injunction in 1997.

When they’re not fighting other cliques for control of Long Beach or participating in the war against the Mexicans, members of the Rollin 80s West Coast Crips dedicate themselves to a variety of other criminal activities. The group is well known for its execution-style murders as well as for carrying out robberies, shootouts, and contract killings. Drug trafficking and prostitution are also particularly common among all Crips sub-sets. 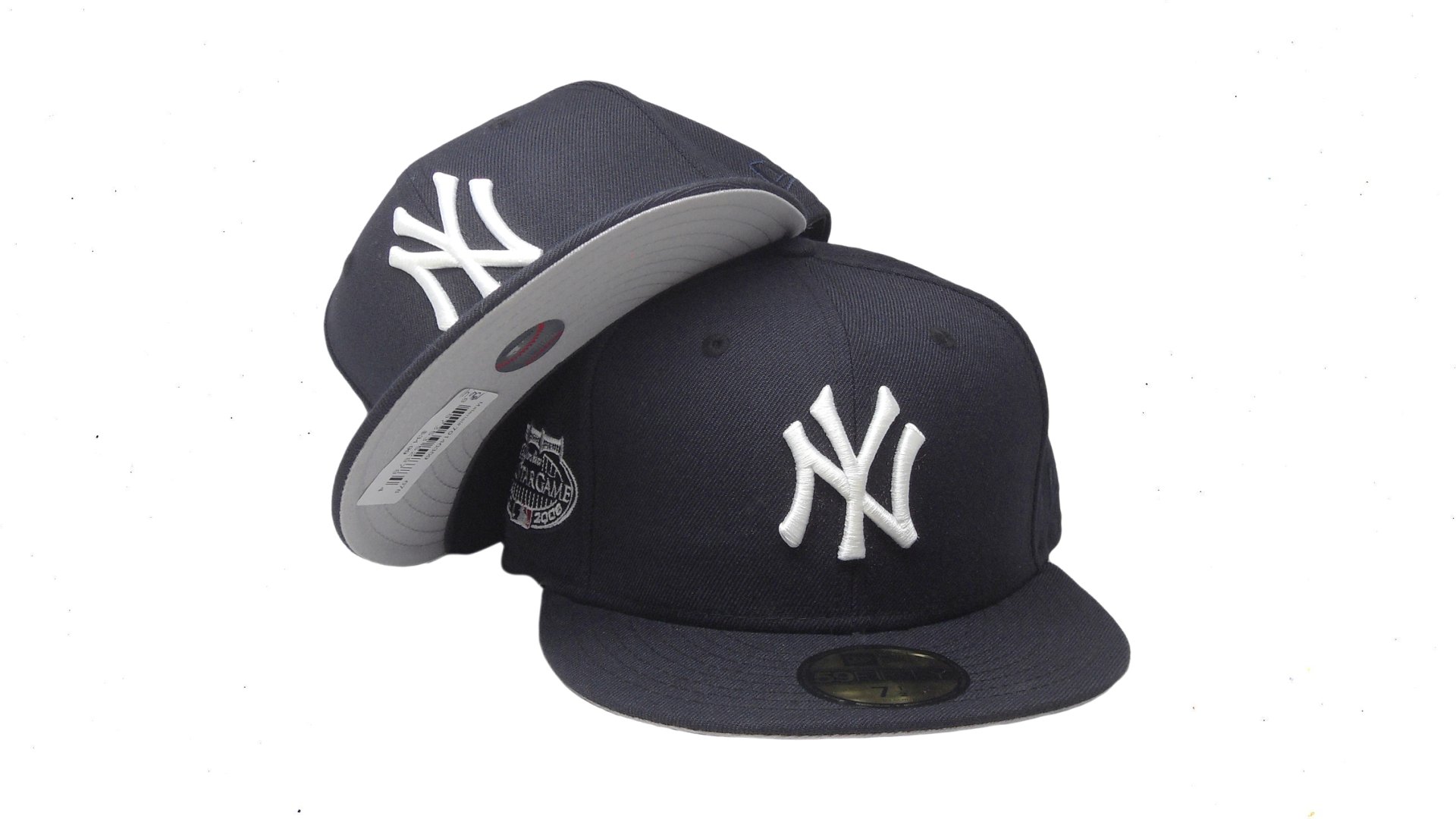 While other gangs in America also associate with it, the popular New York Yankees logo is the flag for all members of the Exotic Family City Crips operating in Long Beach. This Asian/Cambodian association is one of the many such groups on the east side of the city and mimics the style and structure of the Crips – of which it has also recently adopted the moniker.

Although members of the Exotic Family City Crips have been involved in several wars with other gangs in the past, the organization also deals in more traditional kinds of violence. Back in 2008, three criminals affiliated with this group were convicted of murdering a man at a car-wash following a failed robbery. More recently, a majority of the Crips subsets have also been feuding with the Surenos over racial disputes. 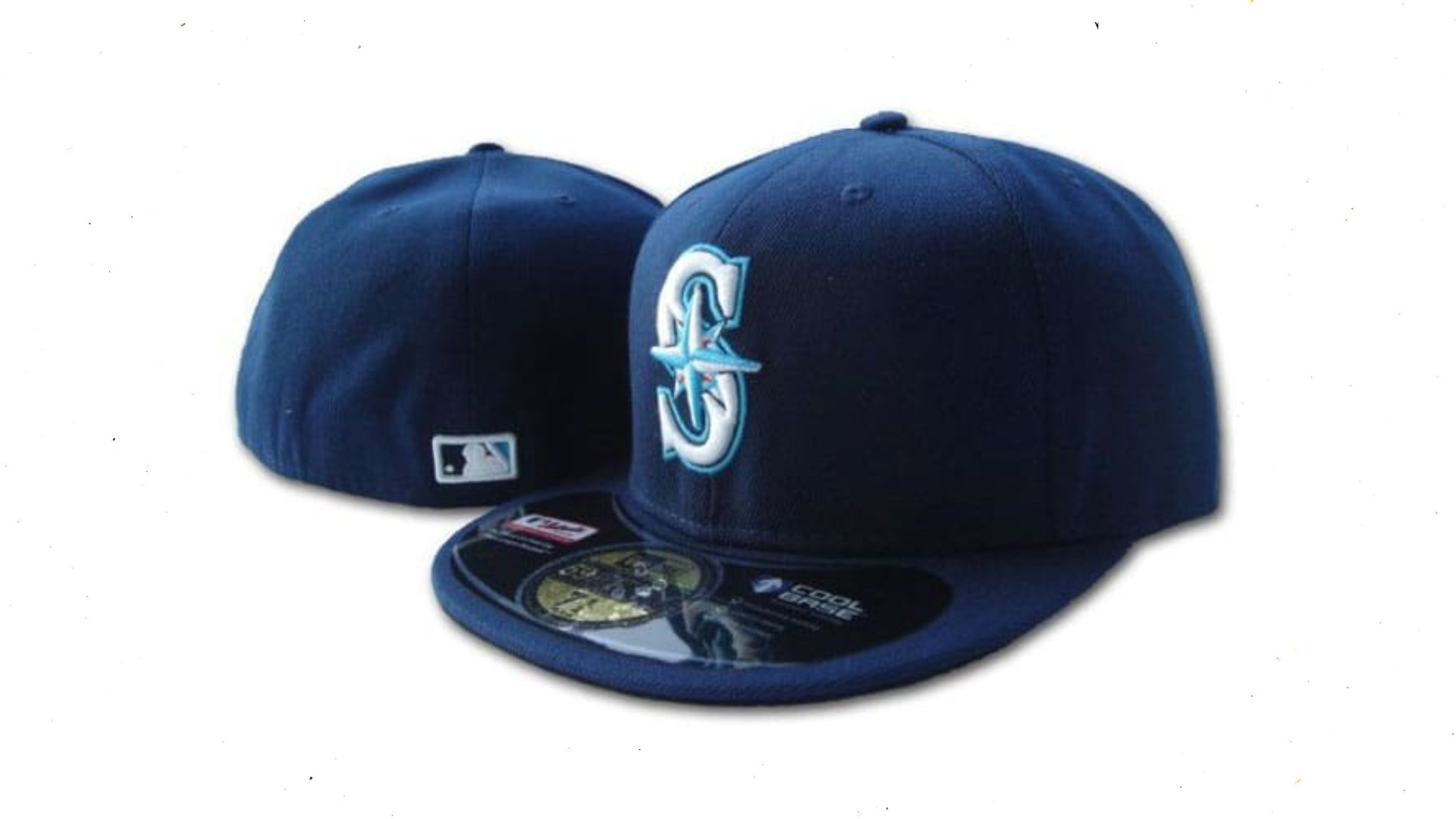 A criminal wearing a Seattle Mariners’ hat in Long Beach will usually belong to the Sons of Samoa, a deeply rooted criminal association comprised mainly of Samoan-American immigrants. The gang was first founded in the 1970s as a natural response to external aggression. It has since adopted the Crips mentality and ultimately become a sub-set within the larger African-American super-group.

The activities of the Sons of Samoa include murder and contract killings – which are usually carried out by the youngest and most expendable affiliates – as well as more business-minded solutions. Traditionally,  extortion, racketeering, and the productions of narcotics have been the responsibility of the old guard. The gang controls most of the amphetamine flowing through California but some of its members also move cocaine, heroin, and the occasional cache of weapons. Prostitution and human trafficking are also major sources of income for the group. 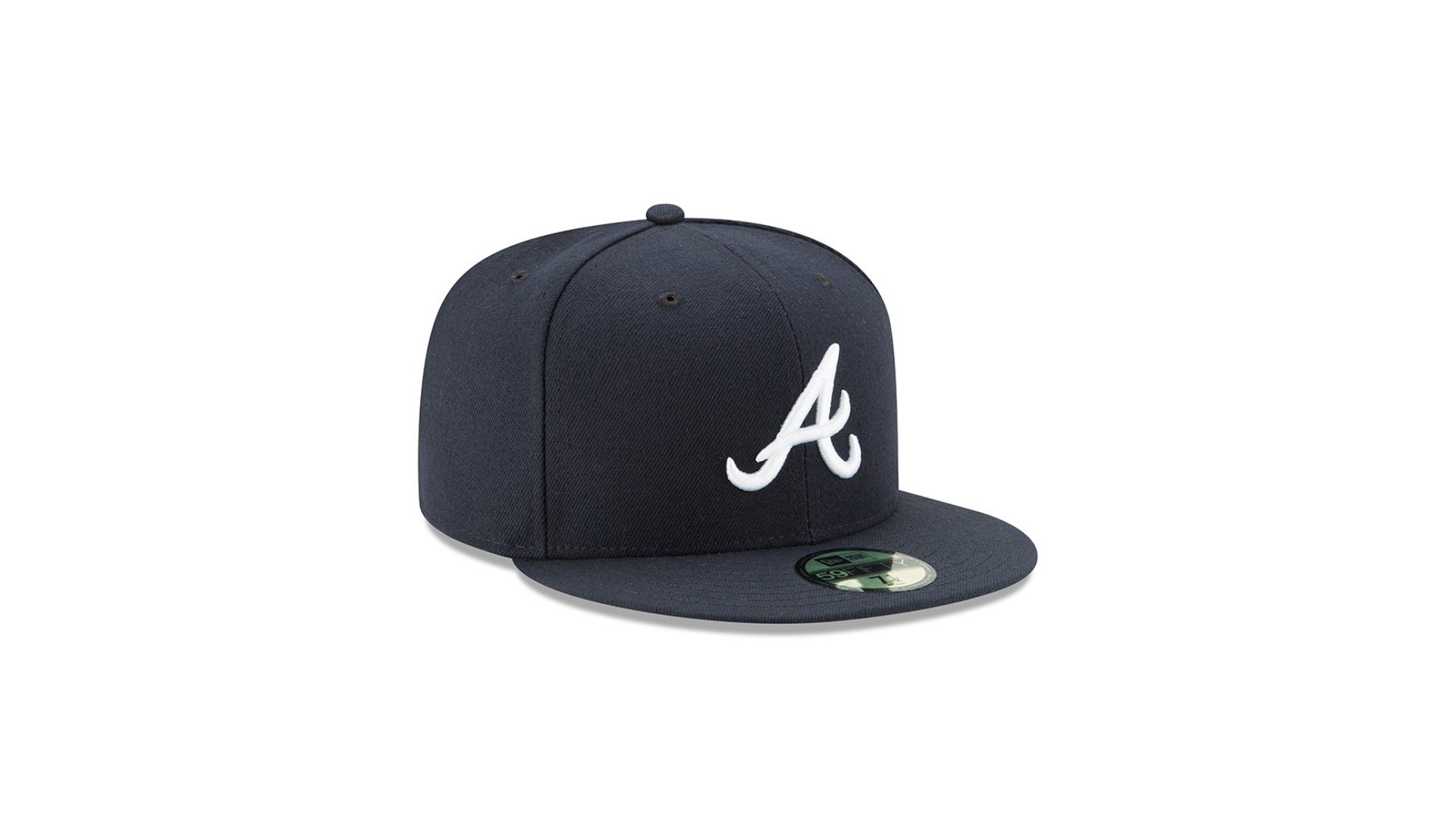 The white A on the Atlanta Braves’ hats has long been the de-facto banner for the Asian Boyz. This multicultural gang, which was first founded to protect local communities from bigger criminal groups, mostly includes immigrants from Lao, Vietnam, Cambodia and the Philippines; for a total number of about 2000 members scattered throughout California as well as 13 other states.

The group has become famous for a streak of violent murders perpetrated throughout the late 90s and the early 2000s and is also known to use an intricate net of contacts as the basis for their drug trafficking operations. What is perhaps the Asian Boyz’s most important trait – however – is that its affiliates can enjoy a relative degree of freedom. This makes encounters with the clique extremely dangerous, as thugs do not need the endorsement of a high-ranking member before they attack somebody. 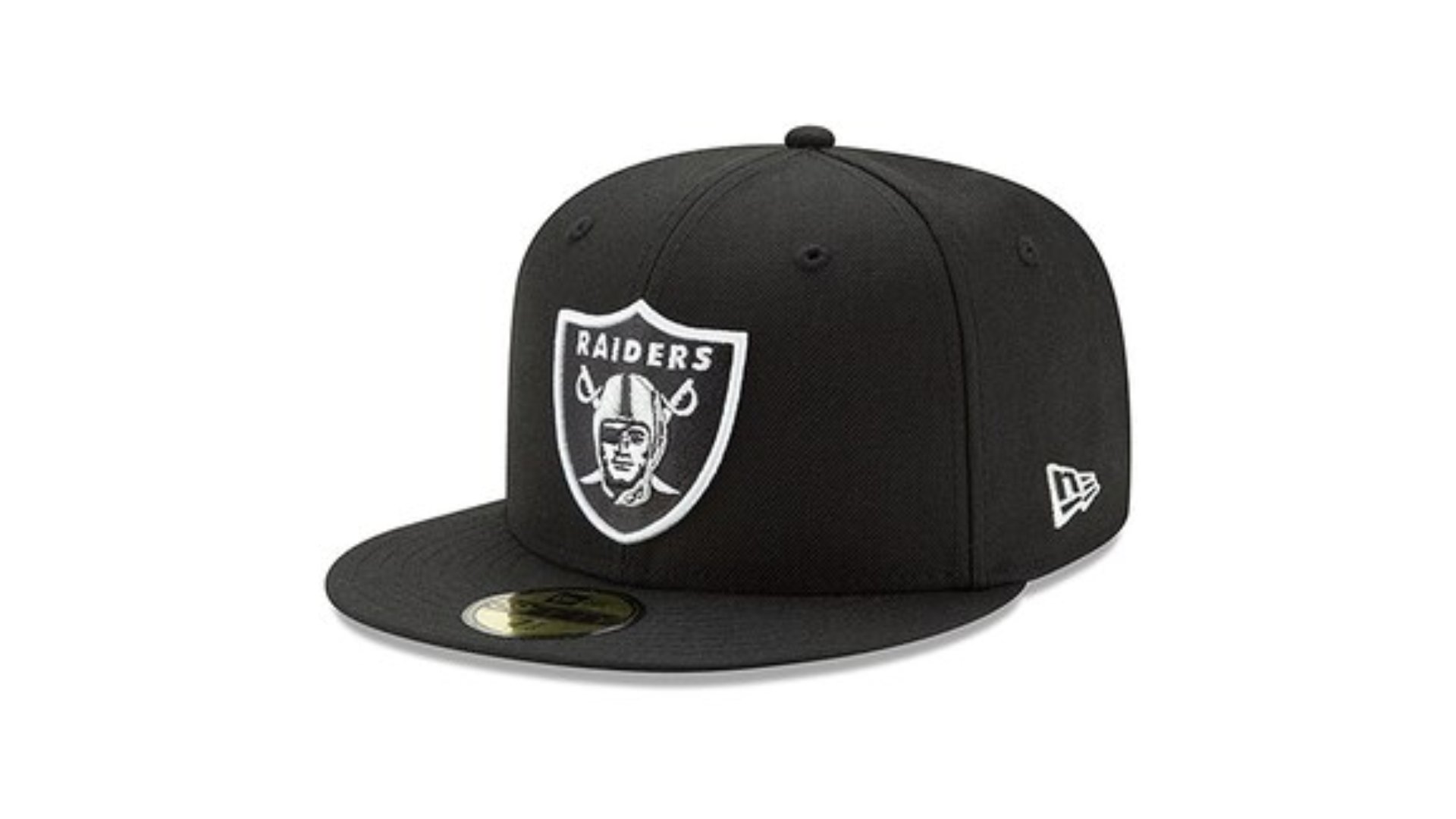 The insignia of the Oakland Raiders is one of the easiest to spot in the city. These hats are used by three different gangs: the primarily African-American Insane Crips – one of Long Beach’s largest cliques – the ethnically Cambodian Tiny Rascal Gang –  first created to protect Cambodian immigrants from other criminal groups – and the Sureño-linked East Side Longos – a part of the large Mexican presence in this area.

While that would be enough to make this hat a dangerous fashion choice, the situation is further worsened by the constant clashes between the three factions. The Insane Crips have a long-standing feud with the East Side Longos, as well as with most of the other Mexican groups in Long Beach, while the Tiny Rascal Gang operates independently and will attack whatever clique tries to gain influence within their territory. 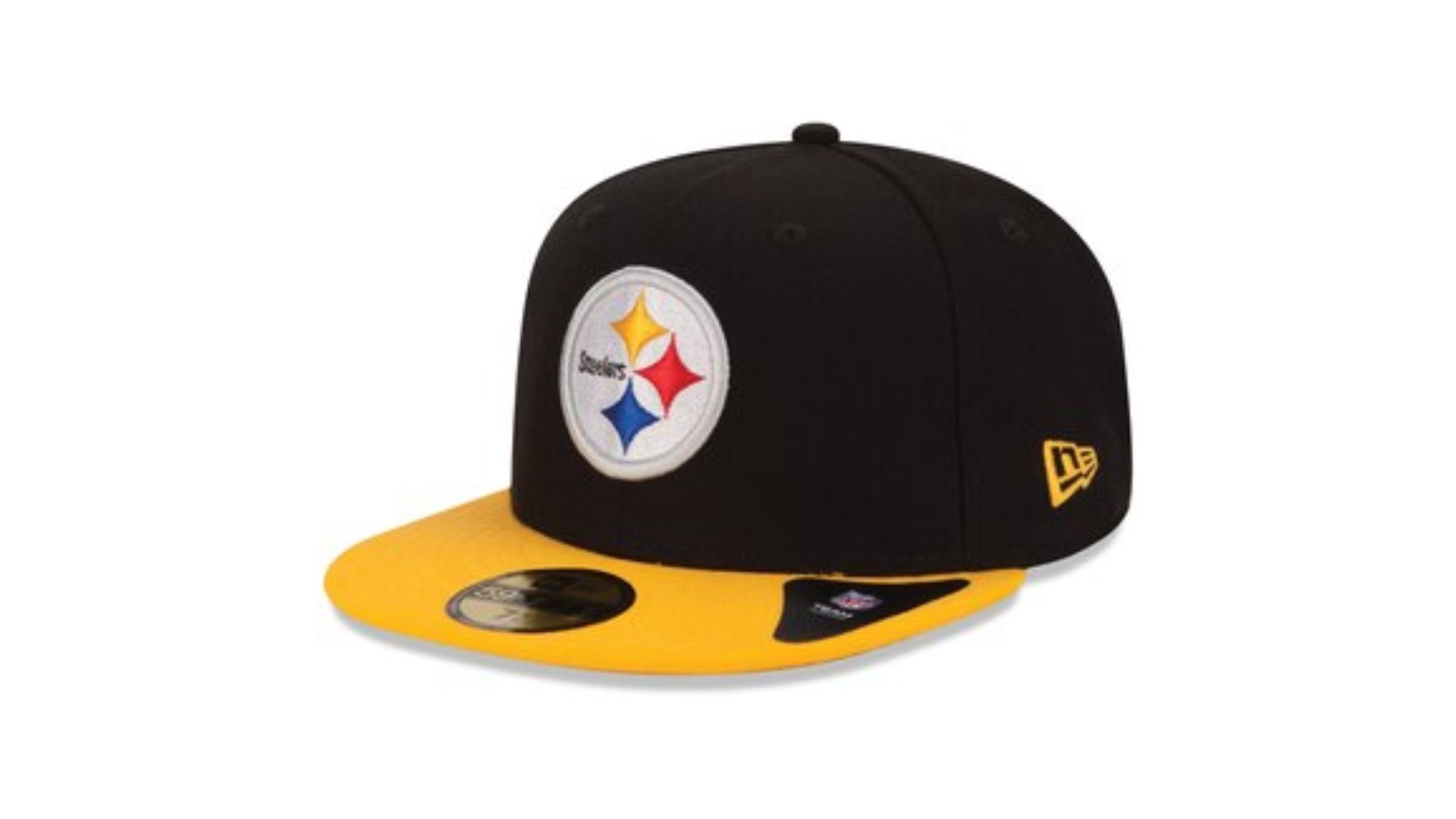 That of the Pittsburgh Steelers is another hat which gained a certain degree of infamy within Long Beach. This piece of clothing is rather popular among members of two gangs: the extremely famous Rollin’ 20s Crips – whose affiliates control large swaths of territory in the east side of the city – and the Barrio Pobre – a smaller group comprised primarily of Mexicans and other Latino members that some speculate might belong to the Sureños.

While the Rollin’ 20s Crips and the aforementioned East Side Longos would waste no opportunity to fight each other – a conflict which has claimed many lives on both sides during the past decade – little is known of the activities of the Barrio Pobre. Nevertheless, in 2007, a member of the gang was convicted of murdering two people in cold blood during a routine traffic stop – an event which hints at the clique’s violent nature.

This was our list of the 9 sports hats you should never wear in Long Beach!