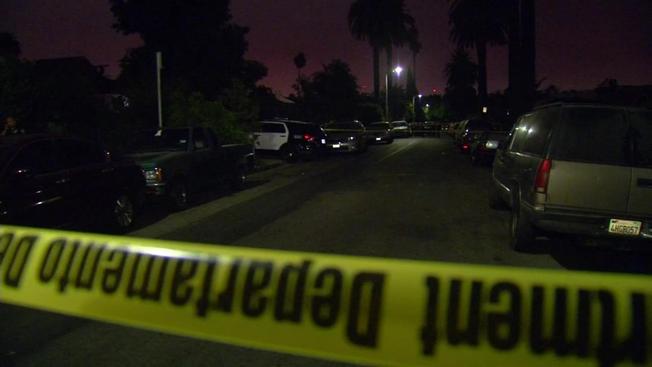 Two men were arrested Sunday in connection with a West Adams shooting that killed four and injured eleven others over the weekend.

Mowayne McKay, 33, and Diego Reid, 25, are suspected of shooting 15 people at a private residence operating as a makeshift restaurant in the 2900 block of Rimpau Street around 12:30 a.m. Saturday.

A fight broke out between one man and two others early Saturday, according to the Los Angeles Police Department. One of the men shot another.

There were approximately 50 people attending a birthday party at the makeshift restaurant when the fight broke out.

After the initial man was shot, additional shots were fired into the crowd. The initial shooter and at least one other man ran from the scene.

Three of the victims died at the scene. A fourth person died Monday. The conditions of the injured ranged from minor to critical condition.

McKay and Reid, both of whom are Jamaican nationals, were arrested on Sunday. They will be booked for murder, police said.