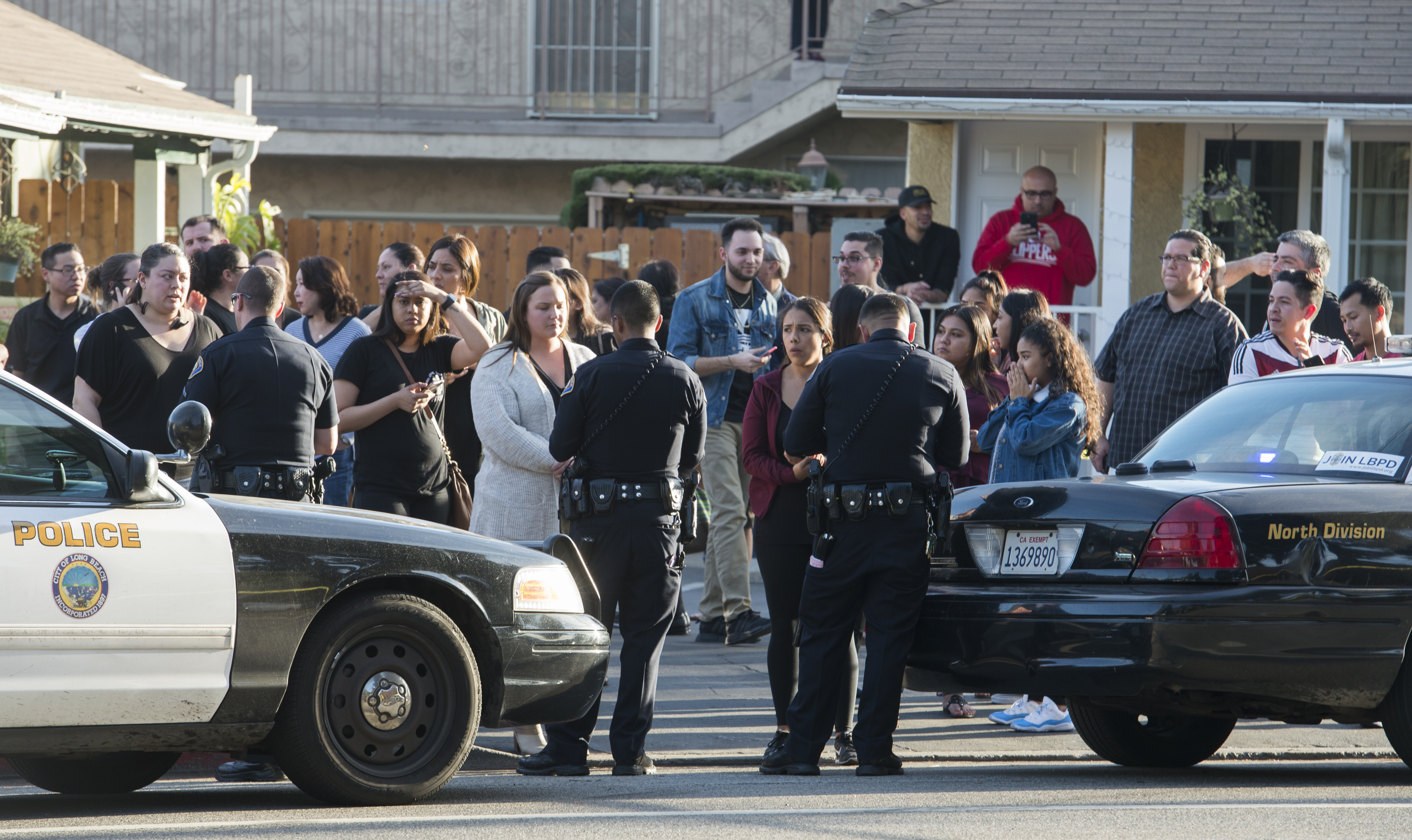 Major A. Langer, 75, of Rolling Hills, was killed and Ronald Beck, 64, was wounded in what police called a workplace violence incident. After the attack, Mendoza killed himself.

Associates of the men said Friday that Mendoza shot Langer and Beck, who ran the day-to-day operations at Perona, Langer, Beck, Serbin, Mendoza and Harrison at 300 E. San Antonio Drive.

The shooting occurred during a holiday party at the firm when others were present, creating a chaotic scene. Sources said Mendoza had either been fired that day, or had been fired earlier and had returned to the firm on Friday.

Beck, who was being treated at Long Beach Memorial Medical Center, was doing well after surgery and was expected to be released as soon as Saturday night, said Michael Waks, an attorney with offices in the same building as Langer. Beck was shot in the leg and grazed on his stomach by a bullet but was not seriously hurt, Waks said.

Waks and Jim Hall, both friends of the victims, described Langer as a brilliant and caring person.

“He just had a heart of gold and really cared for everybody who works at the firm and considers them members of his family. He certainly didn’t deserve this,” Hall said.

Waks said Langer built the firm from scratch into a business with about 150 employees and had worked on criminal, personal injury, business and class action cases in his career. Langer was married with children and grandchildren, Waks said.

“This is a devastating loss for the legal community, his family, everybody.”

Waks said Mendoza had been with the firm for about 10 years, but he didn’t have details of why Mendoza was being let go. Police are still investigating the motive for the shooting.

As he left the office Friday before the attack, Waks said, he stopped to talk with Langer.

“I said to him, ‘Happy New Year, Major.’ He turned to me and he said, ‘And a healthy one,’ and that was the last thing he said to me.”

Police ask anyone with information on the incident to call Long Beach Police detectives Donald Goodman and Mark Mattia at 562-570-7244, or submit an anonymous tip by calling 800-222-8477.