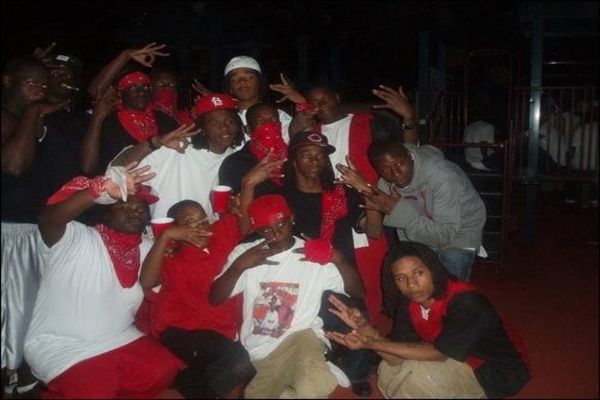 A jury recommended a 30 year prison sentence for a young Parksley man who has been in trouble with the law since he was 15 years old.

Tyvon “Teddy” Smith, 23, was convicted of two counts of soliciting perjury, participation in a criminal street gang and soliciting arson.…

Smith was incarcerated in the Accomack County jail when he wrote letters and made phone calls to fellow gang members instructing them to threaten and coerce witnesses who were to testify against him in an upcoming trial. The calls and letters were recorded and intercepted by jail officials.

Smith instructed his friends to tell witnesses what they were to say in court in detail, leading to the charge of soliciting perjury.

In another letter, he told them to get gasoline in a milk jug that would burn and to set fire to a house to get the witnesses to more quickly agree to change their testimony.

Smith also was charged with soliciting murder and felony obstruction of justice. The jury found him not guilty of those charges.

In a trial that lasted three days, the jury of ten women and two men deliberated two hours before returning the verdicts.

Commonwealth’s Attorney Matthew Brenner produced two gang experts who explained the gang references and phrasing in letters written from Smith to “Buck” and “Shorty.” The letters were written a few weeks before Smith was to be tried for shooting into an occupied house from a vehicle and possession of a firearm by a convicted felon.

Gang expert First Sgt. Eliot Anderson of the Virginia State Police said he had spent years investigating criminal street gangs, including those on the Eastern Shore. He said Smith was a member and one of the leaders of a subset of the United Blood Nation that operated here.

He told the court that gangs have a book of knowledge which contains all the information they need to know as gang members. “This is the creed you live by in this gang,” he told the jury.

He said this book was found under the sofa cushions at the home of an admitted gang member along with letters from Smith with his instructions.

“This is proof there is a Blood gang operating in Accomack County,” Anderson said. He said there were more than 30 members of the gang here.

“They have an alarming degree of organization and hierarchy,” he told the jury.

In one letter, Smith told a friend what he had to do to get two female witnesses to change their testimony against him. The letter was written a few weeks before his trial was set

“I need your help. I drew up a play. I really need you to come through,” he wrote.

He wrote about starting a fire at a house that will help convince his witnesses to do what he wants. “Tonya Bundick that bitch,” he wrote, referring to the woman convicted of numerous arsons in Accomack County.

“Make sure you get the gas in a milk jug. Don’t get gas the same night you do it. Soon as you see the fire, let the 32 go,” the letter went on.

He told him to sprinkle the gasoline around the front and the back of the house. He told “Buck” if he needed a ride to torch the house, to give a second letter he included in the envelope to another friend.

Smith reassured the recipients of his letters that he would do the same for them if the circumstances were reversed. Handwriting and fingerprint experts confirmed the letters were written by Smith, Brenner said.

In one of the letters, Smith quoted the Blood oath — ”Love for my set, hate for my enemies, killing, not caring.”

In another of the letters, Smith warned his friends, “If they get me, they gonna end me. Bro got 39 years.”

Brenner explained that the intimidation worked, though it did not have to work to prove the charge. The two witnesses, who only days before the July 2014 trial talked to investigators about their testimony and were agreeable to helping the commonwealth with its case, came to court on July 22 and “had amnesia,” he said.

Neither could remember anything about her testimony at the preliminary hearing, the shooting incident or even having just had a conversation with Brenner about the case. The commonwealth had no case and a jury acquitted Smith of the charges.

In the letter he wrote about the witnesses, he said to tell the women to act like they were playing on the commonwealth’s team right up until the case came to trial, which is exactly what they did.

When he was 19 years old, Smith was charged with the first-degree murder of Belarmino Escalante, 27, a Guatemalan native and the father of four young children. Escalante was waiting with his co-workers in a church parking lot to be picked up and taken to work at a poultry plant when he was shot and killed in an attempted robbery.

The January 2013 trial ended in a mistrial after the foreman reported that the jury “was hopelessly deadlocked” and could not come to an agreement.

Smith was tried again a second time in connection with the same murder on a charge of accessory after the fact and possession of a firearm by a convicted felon. He was found not guilty of these charges by Virginia Beach Judge Frederick B. Lowe, who said he had reasonable doubt that the witness who admitted his part in the murder and fingered Smith as an accomplice was to be believed.

On another occasion, a jury deliberated for less than 15 minutes before acquitting Smith, then 19, of possession of a firearm after being convicted of a violent felony.

After the jury’s findings of guilt in the current case, the jury heard argument regarding sentencing.

Brenner recounted Smith’s juvenile record, beginning at age 15. In 2008 and 2009 Smith was convicted of several counts of petty larceny, grand larceny and burglary. He was twice convicted of animal cruelty. He also had numerous weapons convictions.

While in jail, Smith was convicted of more violent behavior, including assault and battery by a mob.

“He is a dangerous young man,” said Brenner, adding Smith should not see the light of day outside of prison until he is well into his adult years before he gets out of prison.

Brenner asked that Smith be given an appropriate sentence, “so he will not do these kinds of things in our community for a long, long time.”

Defense attorney James Garrett argued that his client has been in jail on these and other charges for three years. “He is 23 years old and has the support of his family,” he said.

Smith will be sentenced during the next term of court.