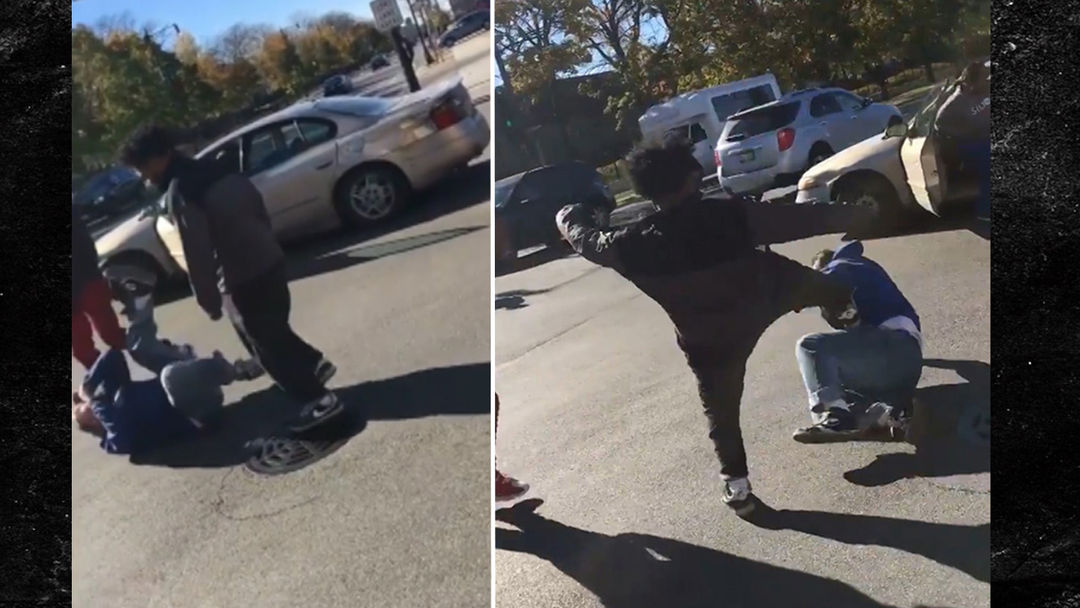 A Chicago man was dragged out of his car and bashed in the head in broad daylight … all because the attackers thought he voted for Donald Trump.

The video is shocking … the white man took several shots to the head from several African-American men on Wednesday afternoon. Onlookers recorded the attack and yelled, “Don’t vote Trump!” and “Beat his ass!”

The man made several attempts to get back in his car, even as one of the suspects drove it away … with the man still clinging to it. Chicago PD tells us the victim was hospitalized. They have not made any arrests, and the victim’s car has still not been recovered.