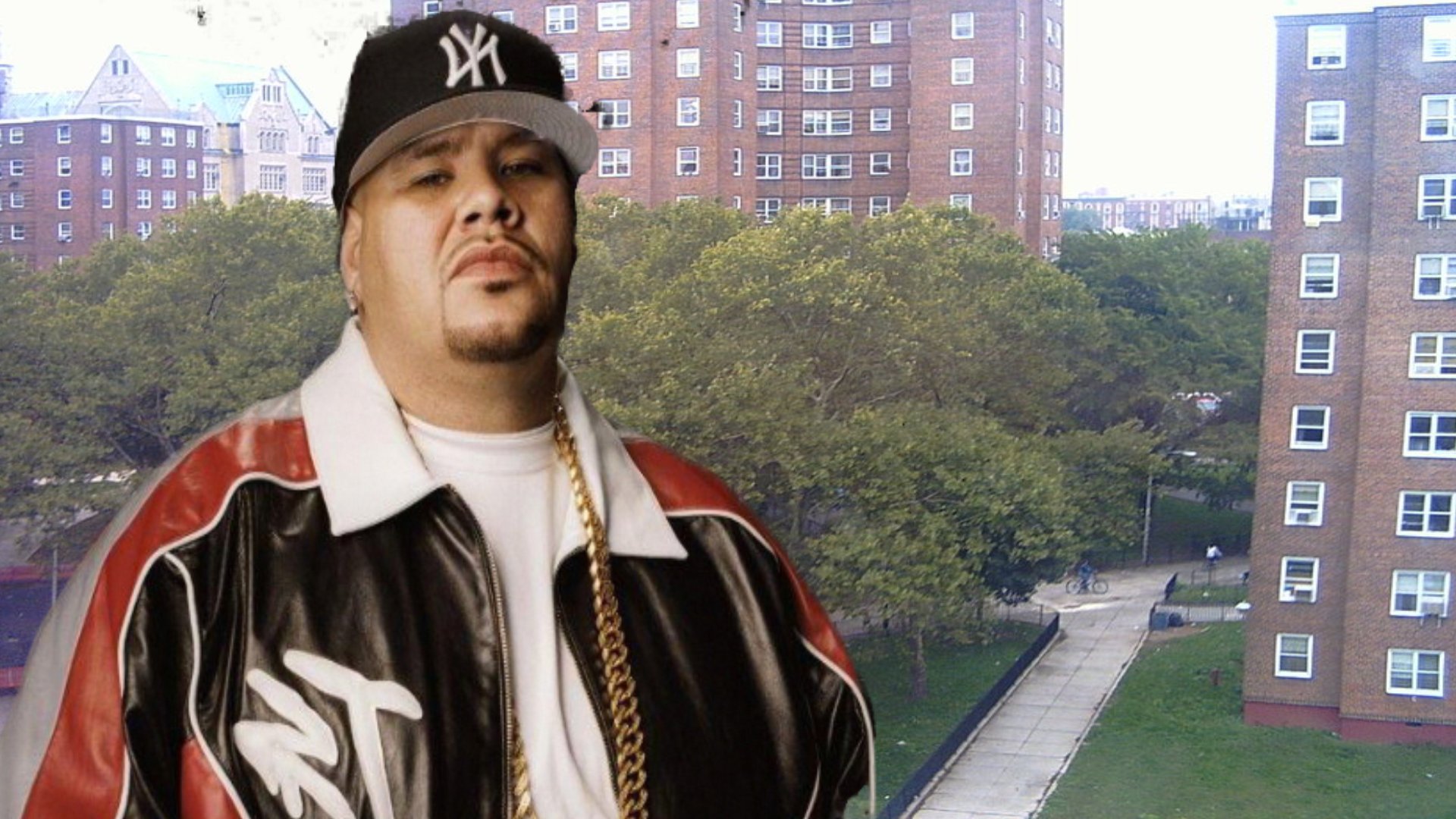 The word Bronx places two very distinct pictures in the heads of those hearing it. Some imagine a highly functional place, where the government’s revitalization efforts really bore fruits. For others, this borough of New York will forever be associated with crime, violence, and the dangerous lifestyle typical of most of the 60s and 70s.

As with most of the mainland United States, the truth is a more complex mixture of both. Despite the plans enacted by the recent administrations, this area remains a cradle for organized crime and for illicit activities. Drugs, weapons, and illegal substances found a home here as early as the prohibition era.

It is specifically in the Bronx that lavish houses inhabited by rich people clash with the aesthetically problematic projects and the life-threatening gang wars. As you walk through its streets, keep an eye out for gunshots, sirens, and screams.

If you were to hear any of that, we’d invite you to get out of the way as soon as possible. Most importantly, in no particular order, here’s a list of the 10 government-managed housing complexes that you should always try to avoid!

In an effort to beef up security, management had to install cameras when an 88-year-old grandmother was murdered in 2012. The reasons behind her death remain unknown, although prosecutors believe it to have been a robbery gone wrong.

A watchful eye wasn’t enough to stop the killings. In May 2016, police were called to another building shortly after 5 P.M. When they arrived at the scene, officers found out that a 17-year-old male had been shot in the torso. The young boy was rushed to a hospital, where doctors pronounced his death.

Number 9: Morris Houses
Whoever walks into the complex known as Morris Houses for the first time should be ready for a shocking view. The tenants occupying its 1885 apartments mostly live in deplorable conditions and seem to have lost all hope. “Try your best not to be anywhere near here” is the ominous message left by a young man on an internet forum.

Completed in 1965, this low-income village seems to have been left to its own devices. Residents lament lack of maintenance, poor plumbing, and streets that are unsafe both at night and during the day. “The place is scary”, says a young black lady.

Allegations of foul play by the NYCHA certainly don’t help either. Both in 2016 and in 2017, residents accused the government agency of ignoring their pleas for help and of turning a blind eye to the many criminals who can still be found living among them.

Number 8: Bronxdale/Sotomayor Houses
Originally built in 1955 and covering the large area between Rosendale, Bruckner, and Watson, the Bronxdale Houses are are a complex of 28 multi-story buildings for a total of almost 1500 apartments.

The place was recently renamed after supreme court member Sonia Sotomayor. The woman spent much of her childhood in various apartments, which she shared with her parents and a brother.

While residents seem to be happy with the new name, violence is far from over at the Sotomayor Houses. From 2005 to 2010, residents witnessed four murders, eight rapes, 43 assaults and 55 robberies.

Number 7: Mitchel Houses
Named after the youngest elected New York City Mayor, the Mitchel Houses are yet another complex of low-income lodgings managed by the NYCHA. Featuring 10 buildings, this village counts a total of 1728 apartments, all constructed before 1966.

Similarly to what happens within other structures in the neighborhood of Mott Haven, the tenants of this project have had to share their living spaces with mice and other critters. Poor living conditions appear to be the norm: the run-down buildings are the perfect place for disease to proliferate and spread.

“As soon as you walk into the apartments, all you smell is weed” says a frequent visitor on Foursquare. Drugs trafficking and gang violence plague this area, with police doing their best to keep the situation under control.

Number 6: Bronx River Houses
Erected to provide temporary houses to the many working-class families who flooded the area after World War II, the Bronx River Houses soon became a hotbed for crime and violence. Built in 1951, the 1260 apartments hosted a countless number of poor families.

Eventually, when white residents moved out, the area was enshrouded in violent crime. Even though cameras have been installed, police still fights both local gang members and representatives from much larger criminal enterprises.

Violence, drug trafficking, and urban decay remain pressing matters throughout the projects and the surrounding community. The Giuliani administration took a stand against these activities, largely employing members of the NYPD to drive out the criminals and try to breathe new life into the area.

Number 5: Monroe Houses
In the neighborhood of Soundview, a complex of 12 buildings places a roof over the head of more 2800 people. The Monroe Houses, located at 1779 Story Avenue, are a well-known spot for many of those living in the Bronx.

“Don’t let the trees fool you”, says a former teacher to a young lady who’s waiting for her apartment. This neighborhood is dangerous, with gangs controlling the streets and handguns being used as the primary form of communication.

The police can’t really do much to ameliorate the situation. “The whole neighborhood has lots of projects and buildings that might as well be projects” the teacher continues, highlighting how he witnessed several of his colleagues being assaulted in the schoolyard.

Number 4: Patterson Houses
The Patterson Houses are a public housing complex in the northern part of New York City. One of the biggest of its kind, this project includes 15 buildings and provides the settlement with close to 1800 apartments. Construction began in the early 50s and was completed on December 31st, 1956.

The Patterson Houses were the childhood home of many prominent Newyorkers. Among others, former drug lord Guy Fisher is said to have lived here. The criminal once owned the Apollo Theater before being finally convicted in 1984.

In a recent report, rat infestations and precarious conditions were named as the major problems within the complex. Residents are worried about the state of their basements, where colonies of disease-carrying rodents have taken shelter throughout the past few years.

Number 3: Soundview Houses
The Soundview Houses are one of the 10 developments operated by the NYCHA in the neighborhood of Soundview. Like the others, this complex was built between the sixties and the seventies. It now includes thirteen 7-story buildings.

Several public schools and the Soundview Academy for Culture and Scholarship can be found in the area. The structures help with keeping young residents off the streets and provide them with alternatives to gang-banging.

Violence hasn’t been completely eradicated quite yet, though. Shootings remain quite common in Soundview, where a father of two was recently gunned down. Investigators are still in the dark and no arrests have been made.

Number 2: Edenwald Houses
With its forty buildings and 2036 apartments, the Edenwald Houses complex is considered to be the largest NYCHA development in the Bronx. Construction ended in 1953, with the first residents moving in shortly afterwards.

The people living here mostly keep to themselves. Those who are not familiar with the location prefer the company of a resident, just for an added layer of protection. Gangs and “hoodlums with no life” roam the streets and some suggest wearing a bulletproof vest before you walk past the main gate.

As far as crime is concerned, statistics show a prevalence of thefts and assaults. Robberies and shootings are also a well-known issue, but tend to take place much more rarely.

Number 1: Castle Hill Houses
One of the most controversial parts of the neighborhood sharing their name, the Castle Hills projects were completed in the 1960s. A 40-acre development, this complex includes fourteen high-rise buildings for a total of 2,023 apartments.

It seems that poor maintenance has left a strong impression on those unfortunate enough to live here. One resident described the apartments as dirty and run-down. Violence and drug trafficking also play a major role in the lives of the tenants. Similarly to the rest of New York, crack and heroin were particularly popular here for most of the 70s and the 80s.

Following a long period of decadence, the entire area of Castle Hills was eventually slated for modernization. The process is taking longer than expected, while younger and older inhabitants keep dealing with the problems that accompanied them throughout most of their existence.

This was our list of the 10 most dangerous housing projects that the Bronx has to offer!
Have you ever had the chance to walk through some of these locations? Know some stories or first-hand testimonies about the life in a public housing complex?