An emotional Oscar Pistorius has apologised to the family of girlfriend Reeva Steenkamp, on the first day of his evidence at his murder trial.

In a trembling voice, he said he was “trying to protect” her and said he could not imagine the family’s pain.

Prosecutors say he killed her in February 2013 after an argument. He says he mistook her for an intruder.

The athlete told Ms Steenkamp’s relatives that there “hasn’t been a moment since this tragedy happened that I haven’t thought about your family”.

“I was simply trying to protect Reeva. I can promise that when she went to bed that night she felt loved. 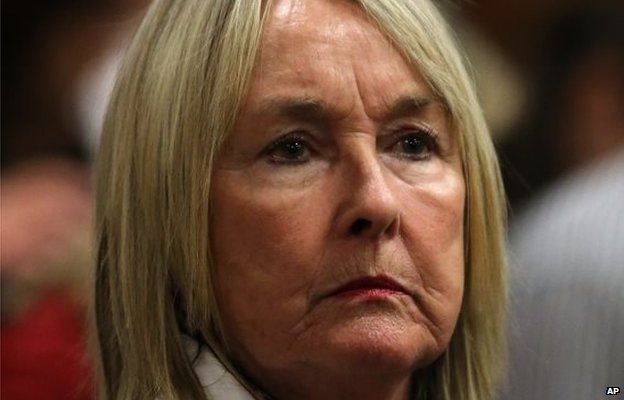 “I’ve tried to put my words on paper many, many times to write to you. But no words will ever suffice.”

Mr Pistorius said he was taking anti-depressants and sleeping pills.

Oscar Pistorius’s first testimony was always going to be a gamble – a tightrope act of eliciting sympathy while not trying to portray himself as the victim.

The Pistorius who took the stand today painted a picture of a life lived in fear because of an acute awareness of crime, and of vulnerability because of his disability. But this is not the Pistorius South Africans know – a man who refused to let his disability make him feel unequal.

The Pistorius portrayed today was a man with apparent abandonment issues because of an absent father, and one deeply affected by the death of his mother. He was a man who had difficulty maintaining any relationships because of his demanding schedule – a hint at a lonely life. Reeva Steenkamp’s mother looked at him sternly, showing no emotion.

In his quest to show he has been living in fear of a violent society – never feeling safe even in his highly secure estate – he will need to find a balance and not try to appear to be the victim. That was Reeva Steenkamp. Anything else would lose him favour in the court of public perception.

“I’m scared to sleep, I have terrible nightmares, I can smell blood and wake up terrified,” he said.

He added that he never wanted to handle a gun again.

The athlete, 27, told the court about his difficult childhood after being born with parts of both legs missing and needing to wear prosthetic limbs.

After a recess, Mr Pistorius was asked whether he and his family had been exposed to criminal acts.

He said there had been many break-ins while he was growing up.

Mr Pistorius said on one occasion he was followed by a car into his gated community. He said he had his gun with him and the two men in the car had sped off.

On another occasion, he said he had drawn his firearm as he tried to protect a taxi driver who was being assaulted.

Mr Pistorius testified: “They started beating him with rocks in his face and in his head. At that point I jumped the lights. I hooted until I pulled up. I drew my firearm. I pointed it at the three people. They jumped in the taxi. They sped off.”

Mr Pistorius said he was also attacked at a party in December 2012, and had to have stitches in the head.

Mr Pistorius then detailed how important religion was to him, saying: “When I met Reeva, I think it was just a blessing. I’ve always wanted to have a partner that was a Christian. She was a very strong Christian.”

He then became emotional again as he said “my God’s a God of refuge” and his counsel, Barry Roux, asked for an adjournment. 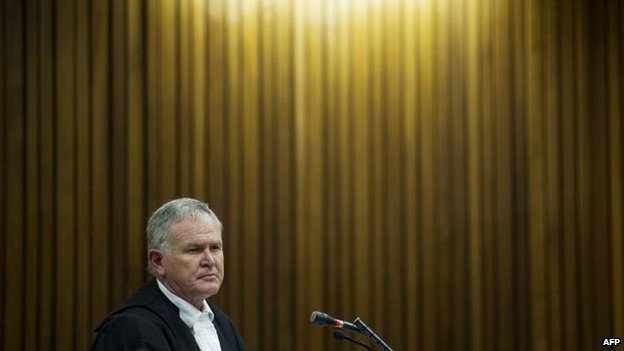 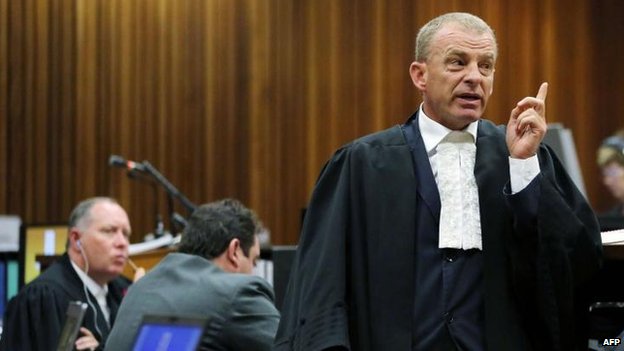 The prosecution said that as long as this was not a daily occurrence there would be no objection and the case will resume on Tuesday morning.

The BBC’s Pumza Fihlani in court says the defence team has been trying to paint a picture of a man whose life has been peppered with tragedy, fear and vulnerability.

Mr Roux said he would call 14 to 17 witnesses to testify on “ballistics, urine emptying, damage to the toilet door, sound, and disability and vulnerability”.

Mr Botha, a private pathologist who said he has carried out about 25,000 autopsies, was asked about gastric emptying and calculating Ms Steenkamp’s time of death. 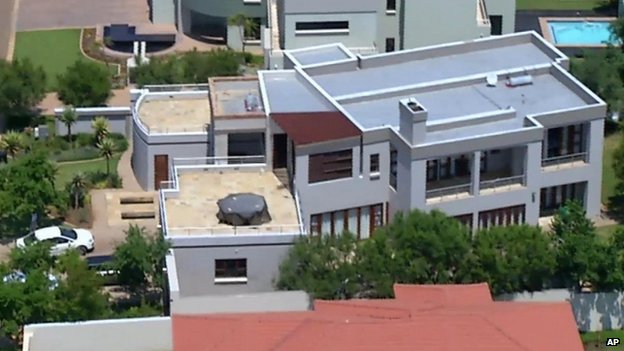 Earlier in the trial, the state called forensic pathologist Gert Saayman who said vegetable matter in Ms Steenkamp’s stomach suggested she had eaten around two hours prior to her death, which contradicted Mr Pistorius’ version of events.

Mr Botha disputed this conclusion, saying that determining the time of death through gastric emptying is guesswork, calling it a “highly controversial and inexact science”.

Prosecutor Gerrie Nel was fierce in his cross-examination of Mr Botha and sought to suggest that his evidence was unreliable since he did not attend Ms Steenkamp’s autopsy and worked from photographs.

The pathologist accepted that he was “not a ballistician” after appearing to contradict the state’s account of the sequence of shots that killed Ms Steenkamp.

But he insisted he was not there to “win the case for either the defence or the prosecution” after being accused by Mr Nel of making his findings fit with the defence case. 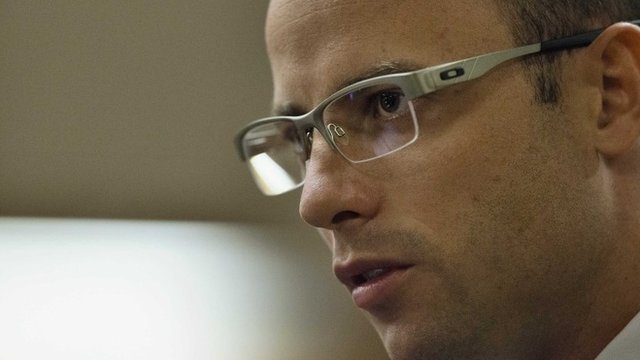 The trial has already heard 15 days of prosecution-led testimony, which has relied on accounts from neighbours and specialist ballistics experts, as well forensic and mobile phone evidence.

One neighbour, Michelle Burger, told the court she was awoken by a woman’s “terrible screams” followed by gun shots.

The athlete aims to convince the court that the screams were his, and that he shot Ms Steenkamp through a closed toilet door because he had mistaken her for an intruder.

The defence is also likely to address key questions, including allegations that Mr Pistorius was reckless with guns and in not checking the whereabouts of his girlfriend before he opened fire.

Ms Steenkamp, a model, reality TV celebrity and law graduate, was hit by at least three bullets while in the toilet cubicle of Mr Pistorius’ home in Pretoria on 14 February 2013, Valentine’s Day.

Mr Pistorius is a double amputee who holds six Paralympic medals and competed in the 2012 Olympic Games.

If found guilty, the 27-year-old – dubbed the “blade runner” because of the prosthetic limbs he wore to race – could face life imprisonment.