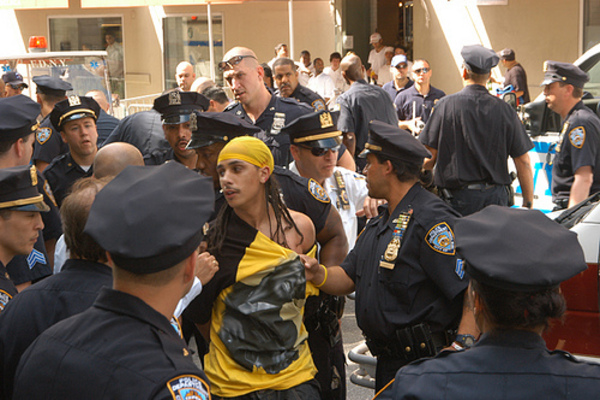 The district attorney wants to deny public access to testimony Latin Kings street gang members give Thursday about Josh Vallum’s membership and activities, as well as insight into his relationship with a transgender teen he is accused of killing in 2015.

A judge will determine if the testimony will be allowed in open court during a hearing Thursday for Vallum, accused in the beating death of 17-year-old Mercedes Williamson. Vallum is set to go to trial July 18 on a charge of first-degree murder.

District Attorney Tony Lawrence says the gang members are expected to testify about Vallum’s specific gang activity and their knowledge of his relationship with the victim.

In addition, prosecutors are asking for approval to subpoena gang documentation from Vallum and other gang members who have refused to cooperate.

Other evidence prosecutors want is a history of the gang, its bylaws, structure, membership list, the culture of the gang, its rules and discipline, and any action it takes and laws it has regarding homosexual activity along with financial documentation and other gang-related documentation.

Vallum, prosecutors said, had the gang’s documentation at one time but refused to turn the information over to authorities.

The hearing is in George County Circuit Court.

The judge will ultimately decide whether their testimony and the testimony of others will be allowed at trial.

Vallum, 28, has remained jailed since June 2, 2015, a day after he told his father he’d killed someone and buried the body in a field behind Vallum’s father’s home in the Rocky Creek community. Vallum told authorities he beat Williamson with a hammer while the two were in Vallum’s car on his father’s property.

George County deputies found Williamson’s partially decomposed body buried under some brush on Vallum’s father’s property. Investigators used DNA samples to identity her. Court records say she died between May 30 and June 2, 2015, and a deputy said Vallum admitted to “killing a person known as Mercedes.”

About a month after the murder, Williamson’s killing made national headlines when Caitlyn Jenner remembered her during an acceptance speech for the 2015 Arthur Ashe Award at the ESPY Awards.

In Lawrence’s motion asking a judge to keep secret Thursday’s testimony from gang members, Lawrence said prosecutors expect the witnesses to go into detail about their knowledge of Vallum’s relationship with Williamson.

Lawrence argues the testimony is expected to be “sensitive in nature” and could possibly expose the witnesses to possible “intimidation, threats or physical harm.”

In addition, Lawrence said the release of such testimony to the public before the trial would affect the ability to find an impartial jury for Vallum’s trial.

Among the witnesses scheduled to testify Thursday are Dustin Kelley and his father, Paul Kelley, the brother and father of Dexter Kelley, a Meridian native currently held on a murder charge in the beating death of his cousin, Cliff Allyn, 16. At the time of Allyn’s murder, Dexter Kelley was living with his brother in a mobile home on his grandmother’s property in rural Vancleave.

A police K-9 led authorities to Allyn’s body in the woods behind his grandmother’s home. The last time she saw Allyn alive he was playing basketball outside her home with the Kelley brothers.

Paul Kelley said he knew Vallum by the gang name of Chaos and said Vallum parked his car outside his then-home in Gautier some time after Williamson’s murder. He said Vallum went to his son, Dustin Kelley, to ask if he could park his car there after the killing. He said Dustin Kelley was living with him at the time.

Paul Kelley told the Sun Herald his son, Dustin Kelley, was getting out of the Latin Kings street gang because he’d been stripped of his high-ranking title in the gang after his brother was arrested in Allyn’s murder.

“They felt like he should have been able to prevent it from happening,” Paul Kelley said.

Paul Kelley said cops busted into his Gautier home and searched it after learning Vallum had parked his car there.

Vallum’s attorney, David Futch, wants the judge to exclude any testimony about Vallum’s gang involvement at trial, saying the information is not connected to the crime.

Lawrence, however, plans to call Jeffrey Hahn, a gang expert from Illinois, to testify at Thursday’s hearing on the alleged meanings of Vallum’s texts and Facebook exchanges as it pertains to his gang affiliation.

Futch is asking the judge to postpone the trial as a result and wants money to pay for an independent gang expert to testify on Vallum’s behalf.

The defense is also asking for money to pay for an independent psychologist for Vallum to determine whether he suffered from a medical phenomenon known as blacking out to show Vallum was “so emotionally charged that it caused his mind to shut off” at the time of the killing.

Vallum, however, reportedly told his father shortly after it happened that he had killed someone and the body was under some brush on the property.

The District Attorney’s Office has subpoenaed various law enforcement officials, federal agents, officials with the state medical examiner’s office and various Alabama residents, including Jehue Joseph Wilson and Ashley White, to testify at Vallum’s trial along with the other gang members called to provide testimony at Thursday’s hearing.

Krebs found Wilson and White had “pertinent information regarding the whereabouts and statements made by the victim and defendant prior to and/or after the alleged murder” of Williamson.

Early on in the investigation, investigators told the Sun Herald they were trying to determine whether the crime was gang-related, drug-related or a hate crime.

Lawrence has said he could not comment on the ongoing investigation. FBI agents are still actively investigating the case, but it’s unclear whether any other charges will follow in the case.

When the murder was first reported, investigators did not identify the victim as a transgender teen. Instead, the Sun Herald traveled to Alabama and confirmed the information.