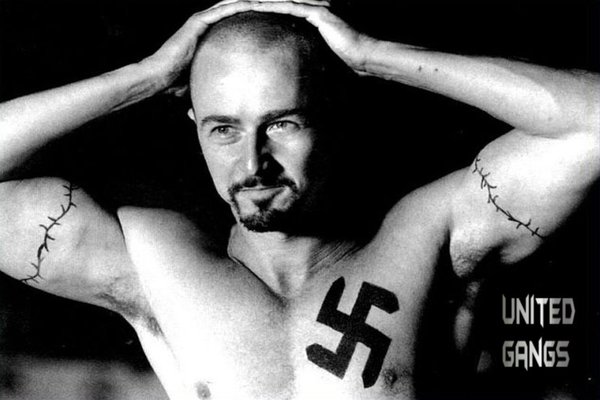 The Aryan Brotherhood (AB), also known as The Brand is an American prison gang comprised mostly of white supremacists. The group also has connections to the outside world, in which they act as a criminal organization. Different theories regarding the birth of this group have been proposed throughout the years, although a specific one remains the easiest to believe.

As prisons began accepting members belonging to different ethnic groups in the 60s, inmates were encouraged to associate along racial lines. As a result, the San Quentin correctional facility in California would soon see the birth of several important criminal groups. The Aryan Brotherhood came into existence in 1964, the natural response to black convicts planning to form the BGN (Black Guerrilla Family).

Extremely violent from the onset, this group began working on a thick network of connections. Criminal organizations and individuals from both inside and outside of the prison system provided the Aryan Brotherhood with the means to solidify their position. As the 70s bloomed, the association came in contact with members of the quasi-commune known as Manson Family. The relationship did not last long, as the two couldn’t come to a political agreement.

Violence in The 80s
The 80s marked a steep rise in the Aryan Brotherhood violent activities. While in the Marion prison, in Illinois, two members of the gang attacked and killed an African-American inmate. That would be first of a long series of murders committed by people affiliated with the group while inside a correctional facility.

Ex Marines combatant Clayton Fountain played a huge role in making the group famous for most of the decades. The convict, who was first sentenced to life imprisonment for having murdered his NCO while serving in the Philippines, had developed a special technique for assaulting, immobilizing and disposing of his targets.

Along with other members of the gang, Fountain would often resort to using improvised knifes, his combat abilities, and his own handcuffs to hurt his targets. Some of the Marine’s victims, including several correctional officers, were stabbed more than 50 times.

From the 90s to Today
As the 80s came to an end, the Aryan Brotherhood decided to move from race-based killings to more organized criminal endeavors. Drug trafficking, the establishment of prostitution rings, and paid executions allowed the group to both gain a solid foothold on the outside world and to further increase their prestige within the federal prison system.

Unlikely alliances with other gangs were now less frowned upon. In 1993, the Aryan Brotherhood teamed up with the Gangster Disciples to start the Lucasville Prison Riot. A few years later, members of the Gambino Family would rely on the ultra-nationalist gang to deal with a revenge murder. The plot was discovered enough, thus leading to its failure.

Throughout the 2000s, the Aryan Brotherhood found themselves in the scope of several law enforcement agencies. Several arrests put more than 20 members of the group in prison, slightly weakening their ability to conduct business.

Today, the gang is still active both inside and outside of the Federal Prison System. Members of the AB mostly deal in various kinds of trafficking, inmate prostitution, dog fighting rings and murder.