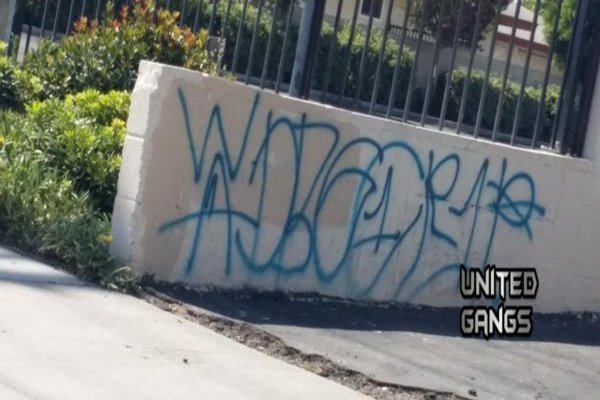 Their name is derived from Del Monte Dr., which is also their formation street. The Del Monte Blocc Crips have the distinction of being the only African-American street gang in West Anaheim. Which is dominated by Mexican-American street gangs with ties to the Mexican-Mafia. The Del Monte Blocc Crips are made up of two cliques, known as the 3400 Blocc (Tray-Fo) and the 3100 Blocc (Tray-One).

In 2013, Marcos Bush, a well-known member of the Del Monte Crips was accused of shooting a police officer during a traffic stop. The Fullerton officer was shot numerous times in the chest at point-blank range. The Officer was able to return fire, shooting the suspect twice in the arm. The dark-colored car sped off with a female passenger, later identified as Sjanee Duhart.

However, the officer was wearing a bullet-proof vest which saved his life. Bush, was later arrested at an apartment in Anaheim. The arresting officers also discovered a semi-automatic handgun, in nearby bushes. Which tested positive as the same weapon used during the shooting.

Duhart, was arrested in Riverside, where they also found the dark-colored Pontiac Grand Prix. Duhart, is charged with being an accessory to attempted murder. A week later, police arrested a third suspect (Andre Jones) while driving on Lincoln Ave in Anaheim, near the territory claimed by the Del Monte Blocc Crips.

Police now believe Jones was the 2nd person in the grand Prix, not Duhart. Who still face accessory to murder for trying to get rid of the car. Police describe Bush and Jones as two of Anaheim’s most ruthless gang members. Two weeks prior to the shooting, Bush was acquitted of all charges of attempted murder against a rival gang member.

The Del Monte Blocc Crips are allies of other gangs affiliated with Gangster Crips. However, they have no immediate allies and are surrounded by rival Latino gangs such as the Anaheim Folks Gang, to the West and the Barrio Probe, to the East. Other rivals are the Anaheim Brown Pride, Big Stanton, Eastside Buena Park, and Tears Of A Clown Gang.

The party host escorted the Hispanic males off the premises, but they vowed to return with violence. Making good on their promise, they returned with a shotgun and shot the teenage party host’s stepfather. He died from multiple gunshot wounds to the abdominal area, the suspects then fled. Three members of the Barrio Probe were arrested and charged with murder.