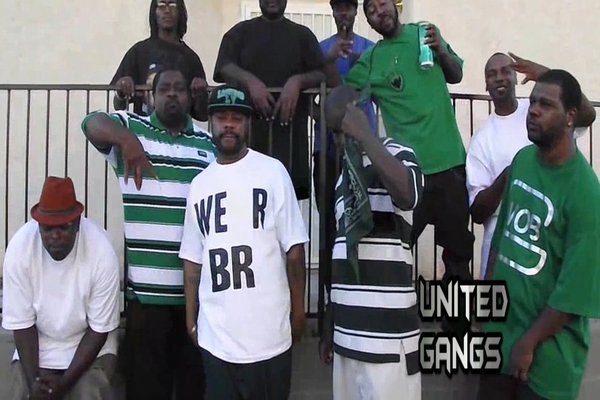 The Gerson Park Kingsmen (GPK), formerly known as the “Ace Of Spades” is a hybrid street gang composed of Bloods and Crips and is named after the Herbert Gerson Park housing project located near Martin Luther King Blvd and Lake Mead blvd, in Southern Las Vegas, Nevada. However, the Herbert Gerson Park housing project was dismantled in 1999, due to a virus that was found in the structures in 1994, according to the Las Vegas Housing Authority.

The Las Vegas Metro Police Department (LVMPD) originally believed that the Gerson Park Kingsmen were a subset of the Crips. Due to early murders committed by members of the Kingsmen, had gang ties to the crips. Until the late 1980s –police realized they were a Hybrid gang– after a faction of the Kingsmen were arrested for various crimes, which revealed their affiliation with Bloods.

In 2016, twelve reputed leaders of the Gerson Park Kingsmen were indicted on drug-related charges, after being under investigation, since 2011. The Kingsmen have been linked to multiple drug houses throughout the West Side community (West Las Vegas), according to federal prosecutors.

Their main rivals are the Rollin 60s Neighborhood Crips and Piru Bloods, which intensified after members of the Kingsmen Park gang shot and killed a member of the Piru Bloods at an AM/PM Mini-Mart in 1990. However, in recent years, the Gerson Park Kingsmen, have put aside their differences and formed joint ventures with several rival gangs (with the exception  of the Las Vegas chapter of the Rollin 60s Neighborhood Crips).