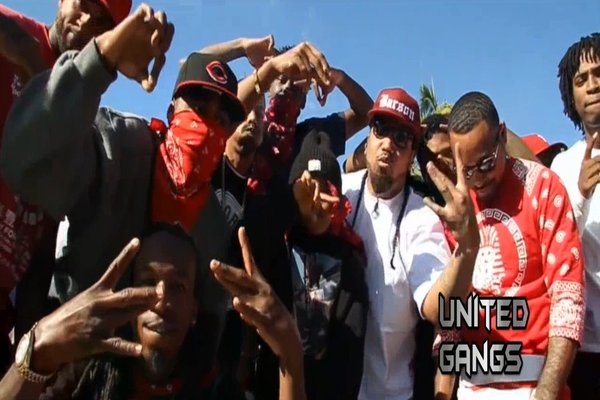 The Grace Avenue Piru (GAP), also known as the Grace Avenue Barson Piru is a new generation street gang located on the West Side in Carson, California. Their name is derived from Grace Ave, a local neighborhood street which runs through the heart of their territory between 213th Street and 223rd Street. Members are known to sport apparel with the Los Angeles Angels of Anaheim logo, a professional baseball team.

The Los Angeles Sheriff Department (Carson station) has been tracking criminal activity by the Grace Avenue Pirus, since the 2000s. They are the youngest subset of the Pirus in Carson with burgundy being their primary color, which is also the traditional color for Pirus. The largest cliques of the Grace Avenue Pirus are the 213th Street and 223rd Street (500 Block).

Members of the Grace Ave Pirus are a part of the LBC & Carson Movement (rap group), which consist of rival gang members from Long Beach and Carson such as Yung Zeke (Insane Crip Gang), CTC (Stevenson Village Crips), and T-Ru (Grace Ave Piru), who was also featured on “Won’t Stop Being A Blood Pt. 2”, originally recorded by Mitchy Scick of the Lincoln Park Bloods street gang based in San Diego.

The Grace Ave Pirus are on good terms with blood gangs in Carson, especially the Center View Pirus and the ScottsDale Pirus as well as the Scott Park Pirus. Their main rivals are the 190 Del Amo Blocc East Coast Crips, one of the largest and oldest crip sets located in the city of Carson.