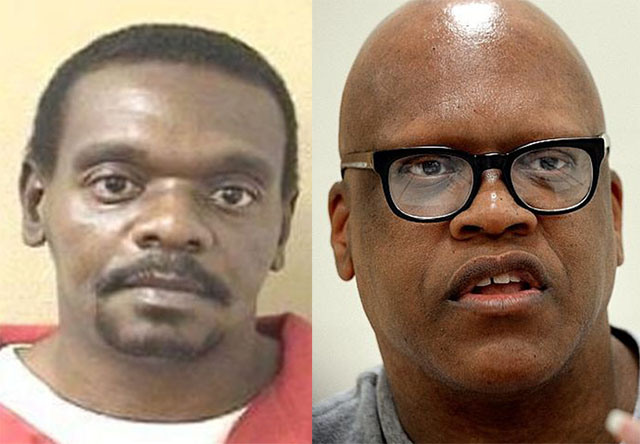 Two half-brothers who were convicted in the 1983 rape and murder of an 11-year-old North Carolina girl were ordered free Tuesday, after a judge ruled that they had been wrongly imprisoned thanks to newly discovered DNA evidence. North Carolina Superior Court Judge Douglas Sasser overturned the convictions of death-row inmate Henry Lee McCollum, 50, and Leon Brown, 46, who had been serving a life sentence. Both men originally confessed to the rape and murder of Sabrina Buie, who was found dead in a soybean field in rural North Carolina.

The ruling comes after an investigation by the North Carolina Innocence Inquiry Commission that found no DNA evidence at the crime scene that could be traced back to McCollum or Brown. But a cigarette found and tested in 2010 contained the DNA of another man, Roscoe Artis, who lived a block away from where the crime took place and is serving a life sentence for another murder and rape within weeks of Buie’s death.

“It’s impossible to put into words what these men have been through and how much they have lost,” said Ken Rose, a lawyer who represents McCollum, in a statement. McCollum and Brown, both mentally challenged, initially signed statements saying they were responsible for Buie’s death. According to Brown’s defense lawyers, the two signed the statements believing they would go home afterward.

“When Henry gave his confession, he got up to walk out of the interrogation room,” says W. James Payne, a lawyer representing Brown. “He started to walk out the door.” Both appealed their convictions over the years. In 2006, Brown filed a motion to test the DNA of a cigarette butt found at the crime scene. The results eventually excluded both McCollum and Brown. Several years later, the state’s innocence commission got involved and in July announced that DNA on the cigarette butt actually belonged to Artis.

That led to the scene Tuesday, in which Judge Sasser announced that the convictions for both men were to be overturned. “I think I was crying harder than Leon,” says Ann Kirby, one of Brown’s lawyers. “To hear the word innocent in a courtroom is the pinnacle for any lawyer. It was history making.”

Both men had been imprisoned for three decades, McCollum being the longest-serving inmate on death row in North Carolina. Brown was on death row for five years until a retrial dismissed his murder charge.