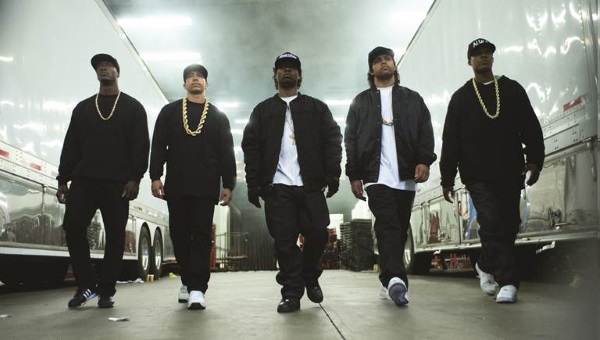 Straight Outta Compton, the upcoming film based on the rise of NWA, is due out this summer, so it’s high time we saw a trailer. In the film’s first full-length spot, we’re first treated to an introduction featuring Ice Cube and hip-hop’s first billionaire Dr. Dre, rolling around Compton as they reminisce on their formative years there and the talent (like The Game and Kendrick Lamar) that has come up in the years since. From there, we’re thrown back into the gritty mid-80s, amidst the drugs and violence that helped bring Ice Cube, Dre, Eazy E, MC Ren, and DJ Yella together. As NWA, they pioneered gangsta rap, and remain one of the most important groups in rap history.