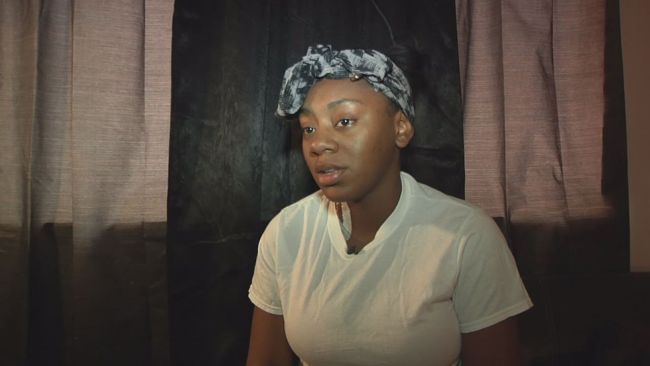 A pregnant Knoxville woman ended up losing her baby as she fled for her and her 3-year-old son’s life while shots were being fired at Danny Mayfield Park in Mechanicsville Saturday night.

Regge Leatherwood, seven months pregnant at the time, was at a gathering at the park when a shooting erupted between people at the party and two cars. Jajuan Latham, 12, was shot in the head and killed. Police later said the shooting was gang related.

“I heard like one gunshot and it was like a warning shot then after that I just heard them coming from everywhere,” she said.

Leatherwood ran for cover with her young son, tripping and falling in the process. It wasn’t until later she realized something was wrong.

“It’s a good thing I didn’t have to search for my son, he was right there up under me anyways. I tripped over my feet or something and I’m not sure but I instantly got up and I made it to my car. My car doors were unlocked.”

She ended up at the hospital and doctors couldn’t find baby Ja’briel’s heartbeat. After extreme stomach pains and bleeding, doctors did an emergency delivery, but it was too late.

“They checked for his heartbeat and he didn’t have one. I left the hospital two days later with nothing but a memory box,” said Leatherwood.

Leatherwood had to have a blood transfusion with six bags of blood. Doctors say if she had been in that shape 20 years ago, she probably wouldn’t have made it. She plans to have a memorial service for baby Ja’briel.