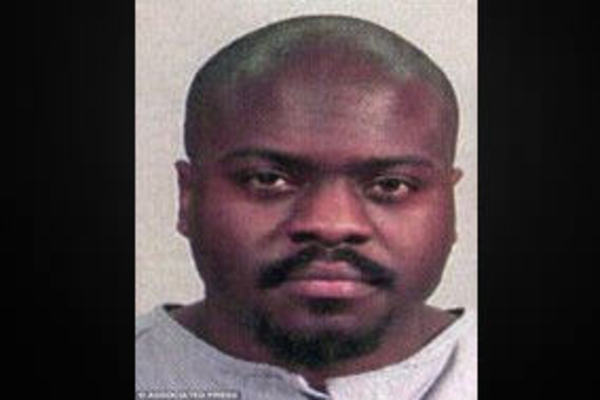 The Court of Appeals of the California Supreme Court has tentatively ruled in favor of a motion that argues Johnson is the target of vindictive prosecution, a claim that could led to three murders and an attempted murder charge being dropped against the infamous  89 Family Swans gang member.

Even if those charges are dismissed Johnson – and his co-defendant Michael “Fat Rat” Allen – still face a retrial of the 1991 double murder of Payton Beroit and Donald Ray Loggins for which they spent more than 13 years on death row in San Quentin. That conviction was overturned in 2011 by the California Supreme Court which ruled that a juror, leaning toward acquittal, was wrongly removed by the judge, Charles E. Horan.

Johnson and Allen were sent back to the Los Angeles Men’s Central Jail for a retrial  As they prepared to retry that case, the district attorney’s office, aided by LAPD Robbery Homicide detectives, set out to find additional cases to pin on Johnson. Eventually, they filed the four additional charges.  This led Johnson’s lawyers to file the claim of vindictive prosecution.

A definitive ruling by the Court of Appeals is expected within two weeks.

When Johnson’s lead attorney, Robert Sanger, initially learned of the added charges, he was flabbergasted.

“After nearly 14 years on Death Row and the decision by the Supreme Court of California to overturn the case, the addition of the three murder charges and one attempted murder was truly breathtaking,” Sanger said during the court of appeals hearing.

The prosecution argued to dropped the charges could lead to a dramatic change in strategy for other future capital cases.

John Harlan of the district attorney’s appellate division said that If these additional charges are not allowed to stand,  a so-called  “Kitchen sink” effect would evolve, meaning that prosecutors, fearing they would not be able to add additional charges later, would file every possible charge in the initial filing document.

“This [the added charges] would send a significant message to other people that if you attempt to appeal, you might end up with more cases. You just don’t pile on 187s (murders) and hope to get lucky on one.”

According to a piece in the Yale Law Review,  legal “vindictiveness” does not refer to a prosecutor’s ill feeling toward, or even his desire to harm, a defendant. Rather, wrote Doug Lieb, a law clerk for the 9th Circuit U.S. Court of Appeals, “As defined by the Supreme Court,vindictiveness means that a prosecutor has retaliated against a defendant for the exercise of a legal right, denying his/her due process.”

In addition to Beroit and Loggins – shot to death at a car wash in 1991 on 88th and Central  – the district attorney’s office now alleges Georgia Denise “Nece” Jones, Albert Sutton and Tyrone Mosley were all killed or ordered killed by Johnson.  While Johnson was in Ironwood State Prison, Jones was shot and killed June 12, 1994 at 87th Place and Wadsworth Avenue in the 89 Family Swan neighborhood. Sutton was also killed in that neighborhood.  Mosley was shot and killed in September 15, 1991 on 97th Street and McKinley Avenue, a 97 East Coast Crips neighborhood.

Johnson, acting as his own lawyer,  was previously tried on the Mosley killing in 1998.. The result was a hung jury, well in his favor.

If the vindictive prosecution is indeed granted, and the extra charges dropped. Johnson and Allen would be retried on the original double murder case.  However, that case was not a “:slam ‘dunk” and relied much on the testimony of one Freddie “FM” Jelks, himself a gang member facing prison who was killed many years ago in an unrelated incident on the west side..

Sanger and co-counsel Victor Salerno were pleased as they left the courtroom. They were greeted by Johnson’s parents and his brothers.  Sanger was cautious with his optimism. Still, he admitted it was a good day in the court room, but the case was far from over.