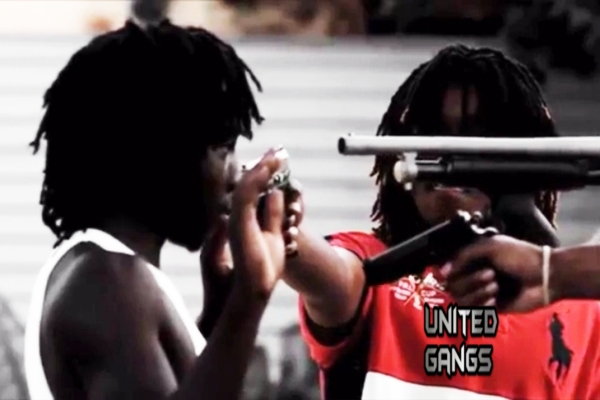 Another bloody weekend in Chicago has catapulted its total number of shootings this year over the 3,000 mark – a two-decade high for the midwestern city. Around 480 of those shootings have been fatal; much more than other metropolitan cities like New York or Los Angeles, but about half as many as were recorded in the early 1990’s.

Ten people were murdered and 36 wounded in Chicago over the weekend. Late on Friday, police reported witnessing a drive-by shooting near a restaurant in Humboldt Park – ranked the city’s fifth most dangerous neighborhood – and a 17-year-old boy was later found dead with gunshot wounds in a car.

Two men in their twenties were sitting in a parked car on the city’s southwest on Saturday afternoon when a group of people approached and opened fire, killing one and injuring the other.

On Sunday evening, police discovered the body of a trans woman whose throat had been slit, near train tracks on the city’s West Side on Sunday.

By the early hours of Monday, more than 3,029 people had been shot – according to data collected by the Chicago Tribune – surpassing 2015’s end-of-year total of 2,980.

Local law enforcement agencies are overwhelmed by the sheer number of shootings and crimes, and unsolved cases continue to pile up. A local crime data compiler found that suspects were only charged in 19.3 percent of 527 homicides in Chicago since the beginning of the year.

The Tribune wrote that local police agencies generally blame the city’s violence on the trafficking of illegal firearms into Illinois – which has some of the most stringent gun restrictions in the country – and deep-running gang problem. The city’s gangs are, according to the Tribune, increasingly fragmented and disorganized, which allows for petty hostilities to quickly turn violent.

Others cite the “Ferguson effect” – where increased scrutiny of police after incidents, like the death of black Chicago teen Laquan McDonald, has supposedly fostered low morale among law enforcement and led to less vigorous policing.