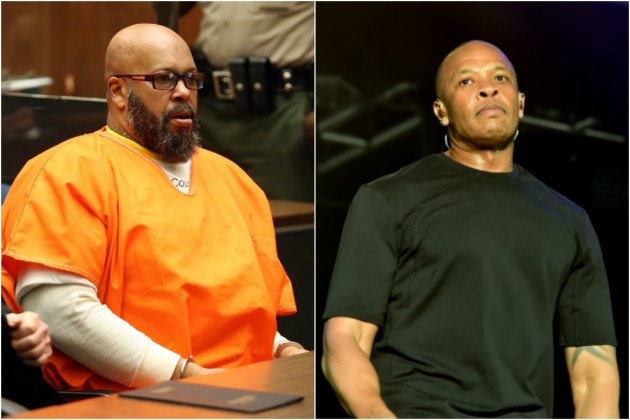 In 2014, Suge Knight was shot several times in West Hollywood. Earlier this year, Knight and his lawyer alleged that the shooting was ordered by Dr. Dre. Now, Knight has filed a lawsuit against Dre for unspecified damages, TMZ reports. In the suit, Knight claims that he had a lifetime management deal with Dre, which gave him 30 percent of Dre’s entertainment earnings. Knight alleges that Dre attempted to cut ties because Apple–which bought Beats Electronics for $3 billion in 2014–reportedly did not want to be associated with Knight. As a result, Knight claims in his lawsuit that Dre ordered the hitman to try to kill him.

Also in the lawsuit, Knight reportedly claims that Dre and Universal–which distributed Straight Outta Compton–paid Cle “Bone” Sloan $300,000, suggesting that he was supposed to murder Knight. Sloan was one of two men whom Knight hit with his car in a 2015 hit and run near the set of a Straight Outta Compton promotional suit. Knight killed the other man, Terry Carter, and is currently in jail, charged with murder; Sloane sustained non-life threatening injuries.

Cle “Boan” Sloan is also just one of two men whom Knight says attempted to kill him on Dr. Dre’s behalf. In the suit, he reportedly states that the Los Angeles Police Department questioned a man named T-Money, who is said to have been paid $50,000 to kill Knight. In the suit, he once again alleges that T-Money confessed to the attempt, but no arrests have been made.

In addition to Dr. Dre, Suge Knight names Apple, Universal, and Tam’s Burgers in his lawsuit. (Tam’s Burgers is where the fatal hit and run allegedly took place.) He is reportedly seeking $300 million–30 percent of Dre’s earnings from the Beats sale.

In a statement, a representative for Dr. Dre said, “Given that Dre has had zero interaction with Suge since leaving Death Row Records in 1996, we hope that Suge’s lawyer has lots of malicious prosecution insurance.”