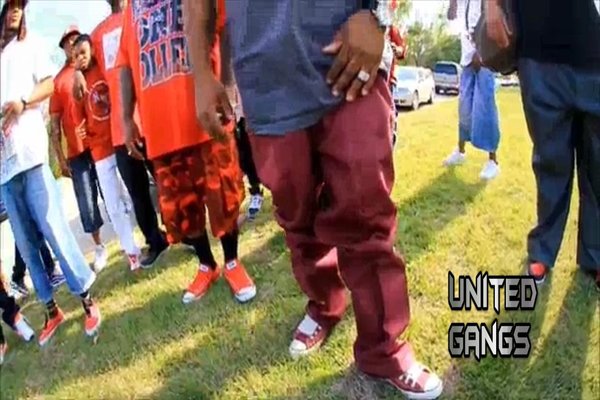 Two Neighborhood Crips were convicted of first-degree murder Monday in the 2015 South Los Angeles shooting of a 19-year-old man who was targeted because he wore a red shirt and shoes.

They deliberated for just 2 1/2 hours before reaching a verdict, according to according to the Los Angeles County District Attorney’s Office. A jury found Kanasho Shadrick Johns, 29, and Kevin Deon Johnson, 26, guilty of one count of first-degree murder with gang and handgun-use allegations.

A co-defendant, Dwight Kevin Smith, 31, had pleaded guilty to voluntary manslaughter in August.

All three men were described as gang members by Los Angeles police after the May 29, 2015, fatal shooting of 19-year-old Tavin Price, whose mother said he was mentally challenged.

Price’s mother, Jennifer Rivers, was with him when he was shot.

They had gone to a car wash in the 3300 block of West Florence Avenue, in the Hyde Park area, when Price and a family friend went into a smoke shop where they were confronted by Smith and Johnson, according to the DA’s office.

Smith asked Price whether he belonged to a gang because of his red shirt and shoes. Smith and Johnson belong to a Crips-affiliated gang, according to the prosecutor, the Los Angeles Times reported.

Price’s friend responded that Price was mentally disabled and wasn’t in a gang, the prosecutor said.

As Price walked back to his mother, Johns approached on foot and shot him, the DA’s office said. He was struck< four times in the back and chest and died at a nearby hospital, the prosecutor said.

Johns fled and was arrested in Houston a few weeks after the shooting. He was also found guilty Monday of one count of possession of a firearm.

The family’s supporters wore red shoes at a police announcement of the arrests last year. Rivers sobbed.“Tavin Price was murdered due to gang pride,” Deputy District Attorney Bobby Zoumberakis of the Hardcore Gang Division said, according to the Times. “Because gang pride was more important than his life.”

“Everything I hear is Tavin saying, ‘Mommy, am I going to be all right? Mommy, I’m not going to die, am I?’” Rivers said. “That’s all that I hear every day. I’ve got to live with that for the rest of my life. That’s torture. You robbed me of my baby.”

Johnson and Johns face 50 years to life in prison; their sentencing is set for Nov. 30. Smith faces 12 years in state prison.