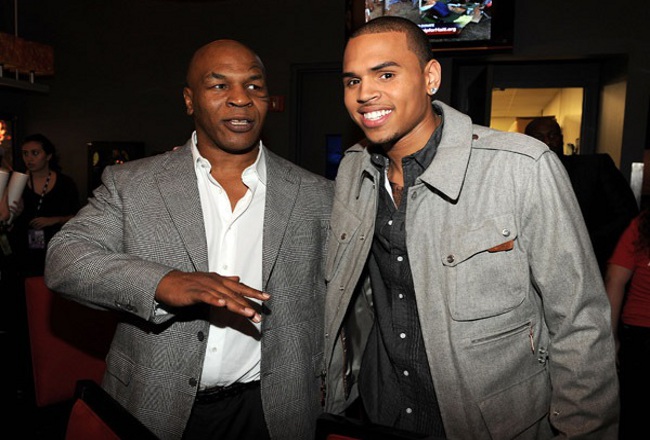 Chris Brown just added some “iron” to his stoush with Soulja Boy. The former heavyweight champion of the world, “Iron” Mike Tyson, has promised to train the singer and teach him “every dirty trick in the book.” And that includes ear biting.

Tyson, the controversial ex-athlete who, at 20, became the youngest-ever heavyweight champ, turned on his best pre-bout trash talk for a clip in which he promises his ward will learn every nasty move from the arsenal, including the chomp he once put on Evander Holyfield’s ear.

The new year got off to a punchy start when Soulja and Brown engaged in an online sparring session which has blown up into a fight proper, with both artists going at it in the ring this March.

In Tyson, Brown has one of world’s hardest men in his camp, a fighter many experts count among the greatest to lace up gloves. In his best-selling 2013 memoir Undisputed Truth, Tyson recounted his troubled upbringing, the critical role of his late mentor and trainer Cus D’Amato, his battles with weight, authority, opponents, drugs and cash, and his fondness for an unexpected performing artist: Barbra Streisand. Tyson flirted with pop music when he contributed vocals to Madonna’s Rebel Heart tune “Iconic”.