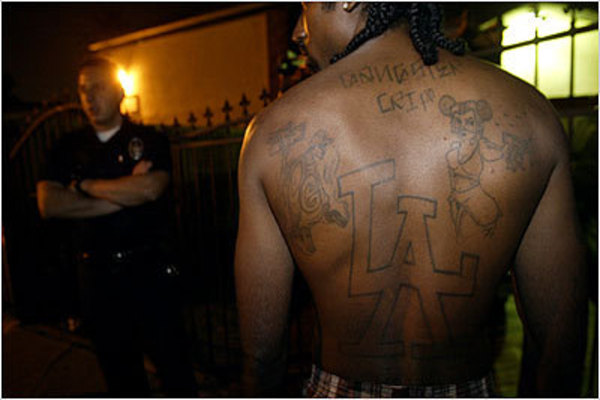 Investigators in Pasadena and Pomona believe double homicides committed in each community earlier this month are the result of an escalated gang feud in the San Gabriel Valley.

At least five people are dead and several others have been wounded in shootings in Pomona, Pasadena and other San Gabriel Valley cities since December.

“There is a belief among the intel community that this is all correlated with each other,” said Lt. Vasken Gourdikian, of the Pasadena Police Department. “For whatever reason, they’re at odds.”

Police believe the Pasadena Denver Lanes Bloods are clashing with Crips subsets in Altadena and Duarte, but officials do not know yet what started the feud.

A crack down in Pasadena following a double homicide in January stopped three cars of people armed with automatic and high capacity weapons. At least 13 guns have been confiscated and more than a dozen people have been arrested this month.

No one has been charged with any of the deaths yet.

Brandon Douglas, 25, of Pasadena, was fatally shot in the 1200 block of North Fair Oaks Ave. Then at a vigil for Douglas on Jan. 7, a drive-by shooting in the same block killed Antonoine Dewayne Sutphen Jr. and Ormani Dajan Duncan and wounded two others.

The next day, another man, was shot in the area, but he survived the attack. A gunman wounded two men in Duarte the same day.

Subsequent drive-by shootings were reported in Pasadena and in Duarte on Jan. 15 and Jan. 16.

On Jan. 17 in Pomona, police found Corin Hensley, 25, and LaVelle Brown, 34, shot to death in crashed sedan in the 2200 block of Larchmont Street. Corin Hensley is the daughter of Dawn Hensley, a woman set on fire on Christmas 2015 allegedly by the father of Corin’s siblings.

Police do not believe the younger Hensley’s shooting is related to her mother’s death, but they do believe it is connected to the other shooting deaths to the west.

“Our investigators believe that there could be a connection to the violence that occurred in Pasadena,” said Capt. Hector Rodriguez of the Pomona Police Department. “That’s based on the same gangs being involved.”

Pasadena Police Chief Phillip Sanchez told the city’s Public Safety Committee Thursday that his department is working closely with the Los Angeles County Sheriff’s Department – which has jurisdiction in Duarte and Altadena – to try to reduce violence in these communities.

Officers in Northwest Pasadena have stepped up traffic stops since the deaths, but Sanchez said they’re also working with the NAACP to monitor for any complaints of discrimination. Pasadena deployed officers on overtime into parks near the sites of the shootings and are attempting to prevent any further violence, Sanchez said.

Gourdikian said the violence reduction task force will continue until they’re no longer needed. The deployment is evaluated every two weeks.

The shootings have put community members in Northwest Pasadena on edge.

Johari DeWitt-Rogers, a more than 30 year resident of the area, told the Public Safety Committee she has seen gang violence ebb and flow. She said she hears gunfire, most recently between two cars passing through the area.

“We are terrified, to put it bluntly,” she said.

Both said they believe Pasadena needs more programs for youths that are open at night, such as midnight basketball at the recreation center, to keep teens and young adults away from gangs and trouble.